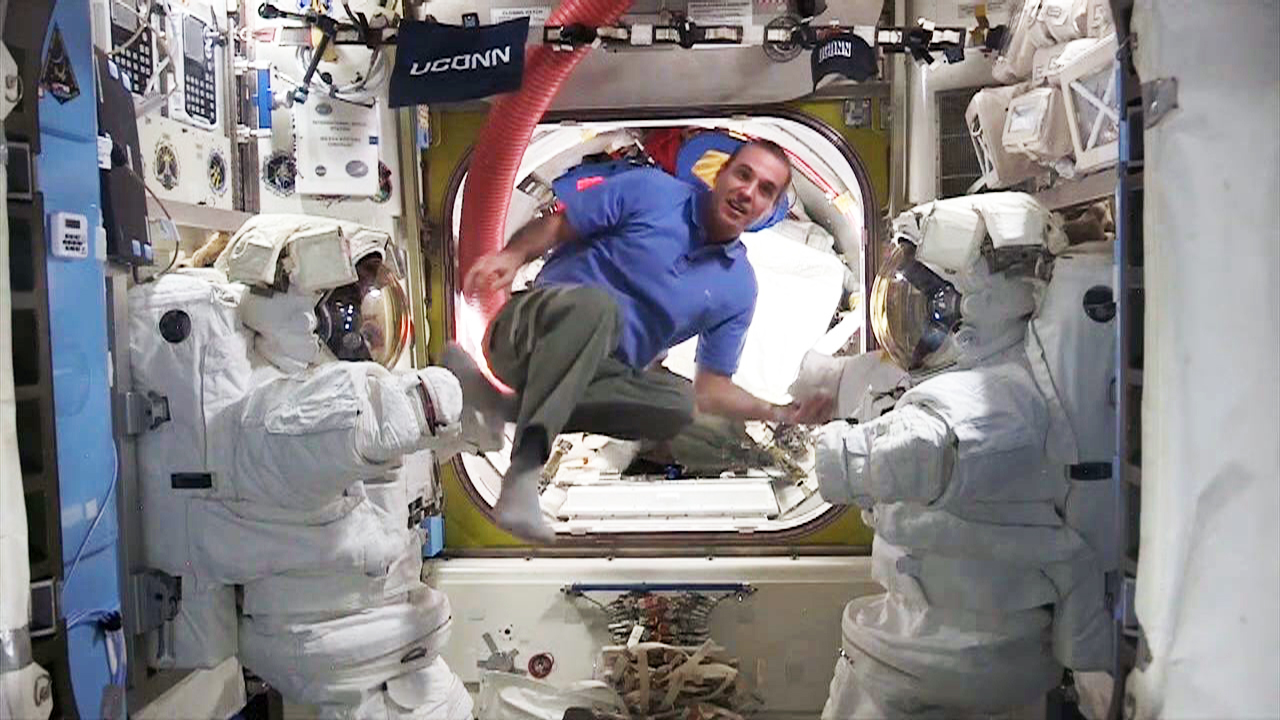 The University of Connecticut's graduating class received some far-out advice on Saturday: NASA astronaut Rick Mastracchio delivered a commencement address from the International Space Station. He floated upside-down during part of the speech.

"I was trying to figure out how to make this speech different than all the other commencement addresses that are given each year," he said in the pre-recorded keynote address for the School of Engineering ceremony. "And then I realized, I'm in a weightless environment. So maybe I should give the speech in a different orientation."

A 1982 graduate of the school, Mastracchio is currently on his fourth trip in orbit. He has been living aboard the ISS since November 2013, and is scheduled to return on May 14. He joined the astronaut corps in 1996.

The more than 400 graduates seemed impressed with the speech. "It's incredibly cool," Rose Cersonsky, a materials science and engineering major, told the UConn Today blog. "I think it really speaks to the technology today and the caliber of UConn students."

Mastracchio said he has "the best job on -- and off -- the planet," but added advice that can apply to all career fields.

"You become an astronaut the same way you accomplish any goal -- through hard work and perseverance," he said. "Everyone has goals, dreams, and wishes, but not everybody wants to do the daily work it takes to reach their goals. ... You achieve big things not with one big step but with many small steps. You didn't complete college in one day. It took you working hard almost daily for four or five years. Other big goals and accomplishments will probably take a similar level of work and effort.

"So remember that all of those small steps and all of that hard work can take you a long, long way."

​Almanac: The discovery of penicillin
Thanks for reading CBS NEWS.
Create your free account or log in
for more features.
View CBS News In
CBS News App Open
Chrome Safari Continue
Be the first to know
Get browser notifications for breaking news, live events, and exclusive reporting.