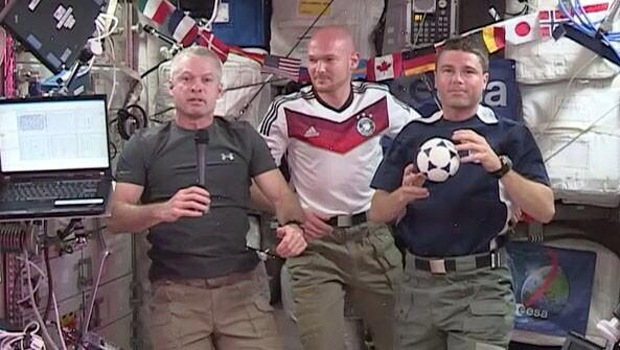 Wiseman is serving as flight engineer aboard the International Space Station for Expedition 41, according to his NASA biography.

He launched from the Baikonur Cosmodrome in Kazakhstan on May 29.

Since then, he's been tweeting about experiments aboard the space station, the World Cup and views of the world from space.