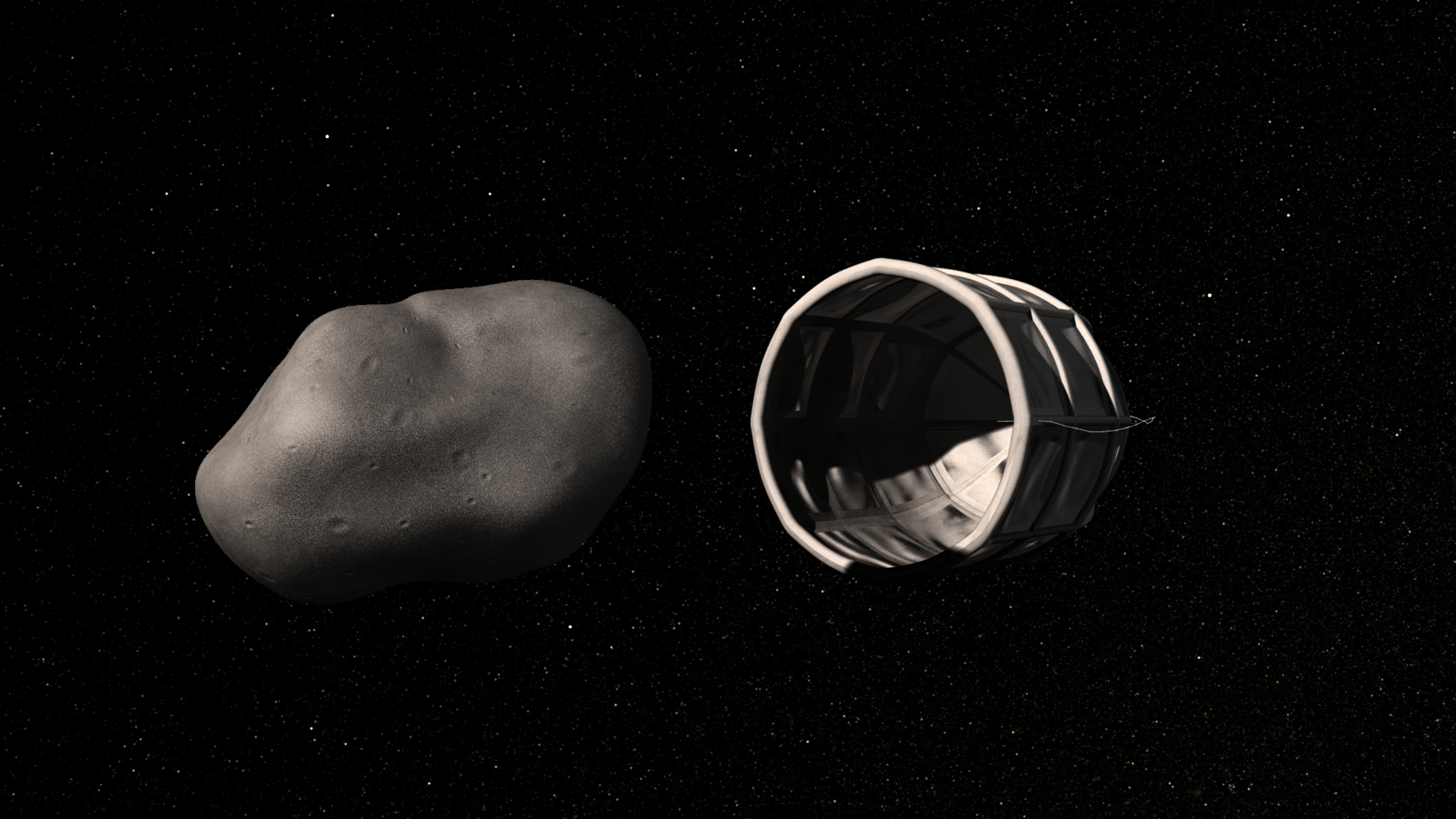 (AP) WASHINGTON - A group of high-tech tycoons wants to mine nearby asteroids, hoping to turn science fiction into real profits.

The mega-million dollar plan is to use commercially built robotic ships to squeeze rocket fuel and valuable minerals like platinum and gold out of the lifeless rocks that routinely whiz by Earth. One of the company founders predicts they could have their version of a space-based gas station up and running by 2020.

The inaugural step, to be achieved in the next 18 to 24 months, would be launching the first in a series of private telescopes that would search for rich asteroid targets.

Several scientists not involved in the project said they were simultaneously thrilled and skeptical, calling the plan daring, difficult - and highly expensive. They struggle to see how it could be cost-effective, even with platinum and gold worth nearly $1,600 an ounce. An upcoming NASA mission to return just 2 ounces (60 grams) of an asteroid to Earth will cost about $1 billion.

But the entrepreneurs announcing the project Tuesday in Seattle have a track record of making big money off ventures into space. Company founders Eric Anderson and Peter Diamandis pioneered the idea of selling rides into space to tourists and, Diamandis' company offers "weightless" airplane flights.

The mining, fuel processing and later refueling would all be done without humans, Anderson said.

The target-hunting telescopes would be tubes only a couple of feet long, weighing only a few dozen pounds and small enough to be held in your hand. They should cost less than $10 million, company officials said.

The idea that asteroids could be mined for resources has been around for years. Asteroids are the leftovers of a failed attempt to form a planet billions of years ago. Most of the remnants became the asteroid belt between Mars and Jupiter, but some pieces were pushed out to roam the solar system.

Asteroids are made mostly of rock and metal and range from a couple of dozen feet wide to nearly 10 miles long. The new venture targets the free-flying asteroids, seeking to extract from them the rare Earth platinum metals that are used in batteries, electronics and medical devices, Diamandis said.

Water can be broken down in space to liquid oxygen and liquid hydrogen for rocket fuel. Water is very expensive to get off the ground so the plan is to take it from an asteroid to a spot in space where it can be converted into fuel. From there, it can easily and cheaply be shipped to Earth orbit for refueling commercial satellites or spaceships from NASA and other countries.

In the past couple of years, NASA and other space agencies have shifted their attention from the moon and other planets toward asteroids. Because asteroids don't have any substantial gravity, targeting them costs less fuel and money than going to the moon, Anderson said in a phone interview.

There are probably 1,500 asteroids that pass near Earth that would be good initial targets. They are at least 160 feet (50 meters) wide, and Anderson figures 10 percent of them have water and other valuable minerals.

"A depot within a decade seems incredible. I hope there will be someone to use it," said Andrew Cheng at Johns Hopkins University's Applied Physics Lab, who was the chief scientist for a NASA mission to an asteroid a decade ago. "And I have high hopes that commercial uses of space will become profitable beyond Earth orbit. Maybe the time has come."

Space experts said such a bold project has huge startup costs. Diamandis and Anderson would not disclose how much the project will cost overall. Diamandis said by building and launching quickly, the company will operate much cheaper than NASA.

But still the costs are just too high, said Purdue University planetary geologist Jay Melosh, who called space exploration "a sport that only wealthy nations, and those wishing to demonstrate their technical prowess, can afford to indulge."

"Before we started launching people into space as private citizens, people thought that was a pie-in-the-sky idea," Anderson said. "We're in this for decades. But it's not a charity. And we'll make money from the beginning."