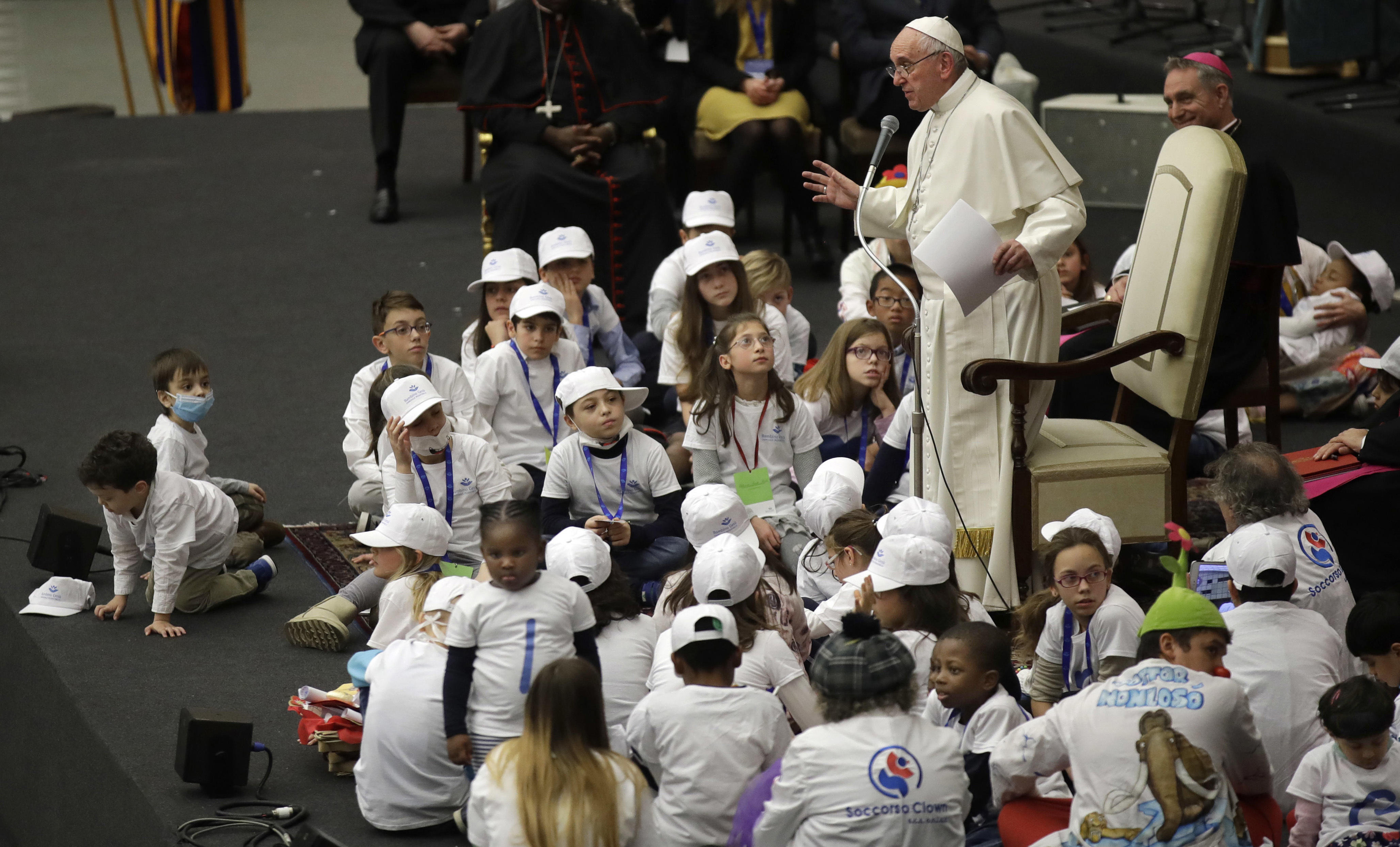 ROME -- When doctors and nurses at the Vatican's showcase children's hospital complained in 2014 that corners were being cut and medical protocols ignored, the Vatican responded by ordering up a secret in-house investigation. The diagnosis: The original mission of "the pope's hospital" had been lost and was "today more aimed at profit than on caring for children."

Three years later, an Associated Press investigation found that Bambino Gesu (Baby Jesus) Pediatric Hospital did indeed shift its focus in ways big and small under its past administration, which governed from 2008 to 2015. As the hospital expanded services and tried to make a money-losing Vatican enterprise turn a profit, children sometimes paid the price.

Among the AP's findings:

Some of the issues - such as early awakening and the focus on profits - had been identified in 2014 by the Vatican-authorized task force of current and former hospital doctors, nurses, administrators and outsiders, who spent three months gathering information and interviewing staff off-campus. The AP corroborated those findings through interviews with more than a dozen current and former Bambino Gesu employees, as well as patients, their families and health officials. The AP reviewed medical records, civil court rulings, hospital and Vatican emails, and five years of union complaints.

Vincenzo Di Ciommo Laurora, a retired Bambino Gesu epidemiologist, described the hospital's past culture this way: "The more you do to a patient, the more money you bring in. You have to produce, produce, produce."

Bambino Gesu disputed the AP's findings and threatened legal action. It said the AP's investigation was based on information that was "in some ways false, in other ways seriously unfounded and out of date by two years but above all clinically implausible and defamatory on a moral and ethical level."

It cited its own reputation as a center of excellence. The hospital draws top-notch surgeons to work there and celebrities to visit, including U.S. First Lady Melania Trump in May.

Founded in 1869 to treat poor children, Bambino Gesu (Baby Jesus) was donated to the Vatican in 1924 and is now the main pediatric hospital serving southern Italy. In 2015, the 607-bed facility performed over 26,000 surgical procedures - more than a third of all children's operations nationwide.

Perched on a hillside just up the road from Vatican City, the hospital's main campus enjoys extraterritorial status, making the Italian tax-payer funded institution immune to the surprise inspections that other Italian hospitals undergo.

The Italian health ministry certifies Bambino Gesu for its research activities and in 2015 reported it had "characteristics of excellence." Provided with AP's findings, the health ministry promised to investigate.

The employees who spoke to the AP requested anonymity, fearing they would lose their jobs. Out of concern for the children, they said, they broke what the hospital's union has called the "omerta," the Italian code of silence.

Staff members told the AP that some of the conditions they first reported in early 2014 have improved since the administration changed in early 2015. The new leadership, they said, focuses less on volume and has more respect for following protocols.

But some of the task force's most important recommendations have not been implemented, including the replacement of the medical director. And the hospital's main union said problems remain.

Federica Bianchi brought her 17-month-old son Edoardo to Bambino Gesu in October 2015 because he had breathing problems. He was treated in an ER room where other children were receiving rehydration treatments. Two days later, he suffered bouts of severe diarrhea and vomiting.

After Edoardo's twin also fell ill, she took both boys back to the overcrowded ER, where twice over the following days, staff sent her home. The twins were eventually diagnosed at another hospital with rotavirus, an infectious disease that can cause dehydration. They were admitted, isolated and put on rehydration drips.

Bambino Gesu spokesman Alessandro Iapino said there was no proof the boys caught rotavirus at the pope's hospital. He said Bambino Gesu had successfully brought infection rates down below national and international benchmarks, noting that all hospitals struggle with infection.

Within weeks of the task force report being delivered to the Vatican in April 2014, member Coleen McMahon - an American nurse - grew impatient and emailed the group's coordinator that she planned to press for action. He told her to stand down.

"We are dealing with the Secretary of State of His Holyness (sic), the man that God Himself appointed to lead His Church," Dr. Steven Masotti emailed her back. "Our job is over!"

Other task force members went over Masotti's head and met in September 2014 with Vatican money czar George Pell, delivering a memo warning that "risky conditions" in the hospital still persisted.

Pell, who last week was charged in his native Australia with criminal sex assault, asked Sister Carol Keehan, president and CEO of Catholic Health Association in the U.S., to investigate. She led a second Vatican-commissioned assessment in January 2015.

She spent three days in the hospital observing procedures and speaking with on-duty staff. None of her team spoke Italian. She reviewed meeting minutes and OR schedules, but not union complaints or "adverse event" reports that are filed when things go wrong. Her final report "disproved" many of the findings of the first report and found the hospital in many ways "best in class."

"We came expecting to have to do a big expose and we found no basis for those complaints at all," Keehan said in an interview. "Can I say they've never made a mistake? Absolutely not. But can I say that that is a hospital that gives exceptional care to children? Absolutely and positively yes."

But Pope Francis himself used a Christmas 2016 audience with thousands of hospital employees and patients last year to warn caregivers against falling prey to corruption, which he called the "greatest cancer" that can strike a hospital.

"Bambino Gesu has had a history that hasn't always been good," the pope said, citing the temptation for doctors and nurses to become businessmen.

"Look at the children," Francis said in Italian, pointing to the young patients gathered at his feet in the Vatican auditorium. "And let each one of us think: 'Can I make corrupt business off these children? No!'"