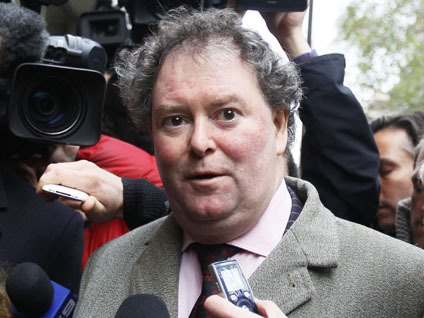 WikiLeaks founder Julian Assange's lawyer tells CBS News that rape and sexual molestation allegations against his client in Sweden are a "stitch up," and the Swedish prosecutor's failure to provide him with documentation on the claims, or any evidence, makes it impossible to begin crafting a legal response.

Mark Stephens cited reports in British media suggesting Swedish authorities may already be discussing with their American counterparts how charges related to WikiLeaks' embarrassing revelations might be brought against Assange in the U.S., should he be extradited to Sweden.

Assange's British lawyer says prosecutor Marianne Ny is flouting international law and staging a "show trial" by keeping him in the dark, calling it "impossible for us to prepare a case if you don't know what the allegations or evidence are."

Stephens bemoans Ny for not having traveled to London to meet with Assange or himself in person to present documentation on the case.

Assange previously offered to travel to Sweden for questioning in the case, brought by two women who worked with him during a visit to the country.

Stephens has maintained the allegations stem from "consensual" but "unprotected" sexual encounters. On Wednesday, the Reuters news agency reported that the two women involved only decided to proceed with their case because Assange refused to be tested for sexually transmitted diseases after their encounter.

Stephens tells CBS News a senior Swedish prosecutor dismissed the initial allegations due to a lack of evidence. He says the same allegations were renewed after Ny began working on the case and "took the women off to another city and restarted (the investigation) on the same facts".

He says the renewed interest in the case was "uncannily timed" as pressure from the United States and its allies increased on WikiLeaks over its publication of secret, and often embarrassing, U.S. diplomatic cables.

Stephens says Sweden and the United States "have worked hand-in-glove for a number of years," and that he believes the reports that preliminary talks are underway between to the two countries about how Assange might be handed over to the U.S.

Stephens is pushing strongly for Assange to remain in the U.K.

"It is absolutely vital that if he is going to get justice that he gets it in this country, where I think that the judges have the moral fiber to be able to resist pressure from America," the attorney told CBS News.