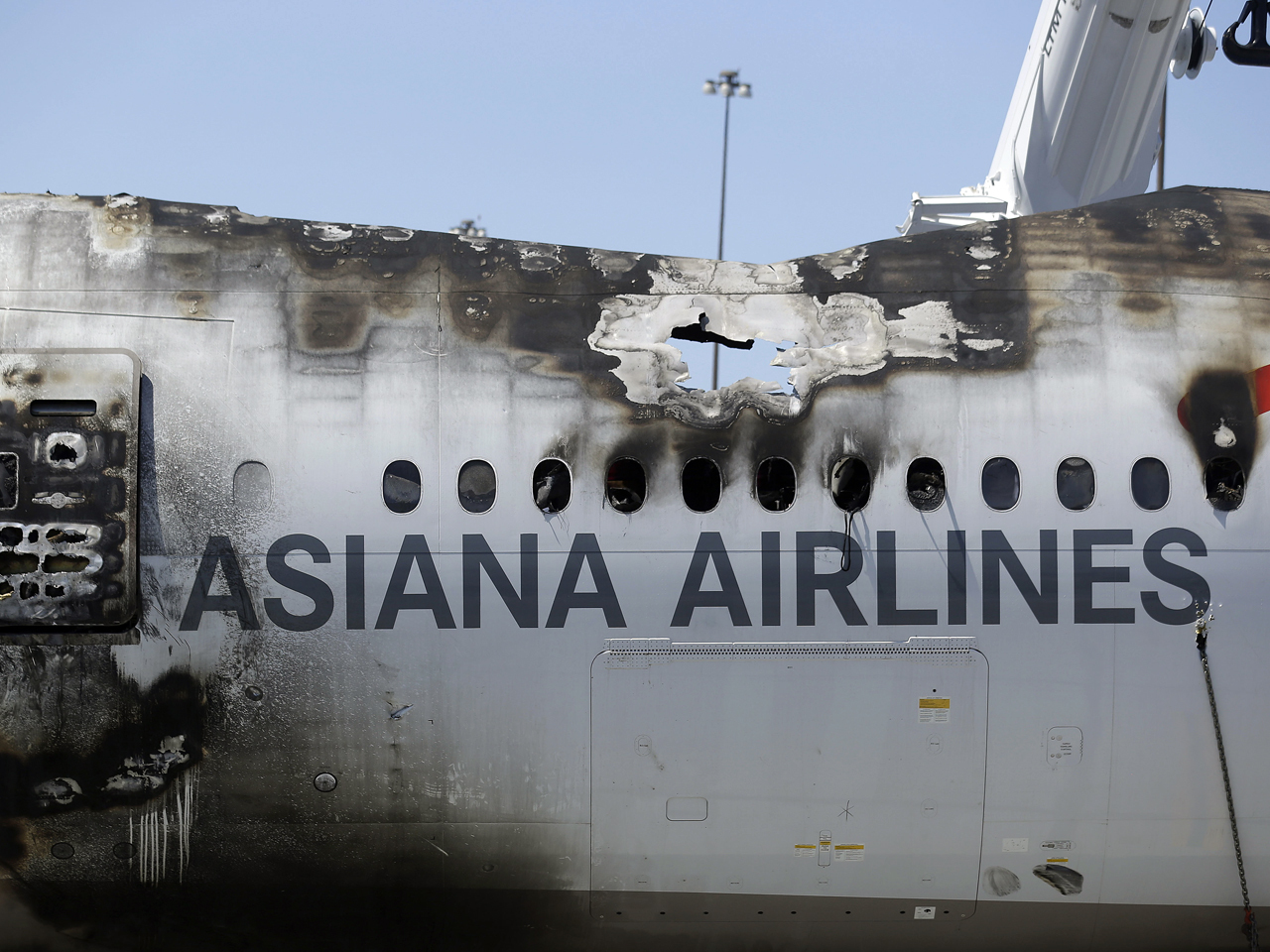 SEOUL, South Korea Asiana Airlines said Wednesday it no longer plans to sue a San Francisco TV station over the use of racially offensive names.

The South Korean air carrier said that KTVU-TV has already apologized for using fake names for four pilots on a plane that crashed in San Francisco on July 6. It will no longer sue, as it had said it would do.

Asiana says it wants to focus on supporting passengers and families. The crash killed three and injured dozens.

Last week, an anchor for KTVU-TV read the fake names — apparently someone's idea of a prank to use fake Asian-style names that sounded out distress calls and curse words — on air and then apologized after a break.

Asiana earlier said the report seriously damaged its reputation. It said Monday that it would sue the TV station to respond to the racially discriminatory report that disparaged Asians.

Meanwhile, officials say the four South Korean pilots on the plane were being treated for psychological trauma and injuries caused by the incident.

Land, Infrastructure and Transport Ministry officials said Wednesday that the pilots have been hospitalized in South Korea following medical checkups after returning home over the weekend.

The pilots underwent questioning by a U.S. and South Korean joint investigation team while in the U.S. South Korean officials plan to conduct a separate interview with them.

The ministry officials say the interview can start as early as Friday at doctors' recommendation. The officials gave no further details and spoke on condition of anonymity citing department rules.

Also, a Chicago law firm has taken steps to sue Boeing Co. on behalf of 83 people who were aboard the flight, alleging that a malfunction of the plane's auto throttle may have caused the crash.

Ribbeck Law Chartered on Monday filed a petition for discovery, which is meant to preserve evidence, in Cook County Circuit Court in Chicago, where the aircraft manufacturer is headquartered. The firm said in a news release that additional pleadings will be filed against Asiana Airlines and several component parts manufacturers in coming days.

CBS News correspondent Carter Evans reported on "CBS This Morning" Wednesday that, according to Ribbeck attorney Monica Kelly, the group also intends to sue Asiana and the company that trained the pilots.

In addition to potential problems with the Boeing 777's auto throttle, some emergency slides reportedly opened inside the plane, injuring passengers and blocking their exit, and some passengers had to be cut out of their seatbelts with a knife, the firm contends.

Three people were killed when the airplane, carrying 307 passengers and crew on a flight from South Korea to San Francisco International Airport, approached the runway too low and slow. It clipped a seawall at the end of a runway, tearing off the tail and sending the plane spinning down the runway. The impact caused the plane to catch fire.

"We must find the causes of the crash and demand that the problems with the airline and the aircraft are immediately resolved to avoid future tragedies," attorney Monica R. Kelly, head of Ribbeck's aviation department, said in a written statement.

Boeing spokesman John Dern said the company had no comment.

The petition asks a judge to order Boeing to identify the designer and manufacturer of the airplane's autothrottle and its emergency evacuation slides. It also seeks information on the systems that indicate the airplane's glide slope and that warn how close it is to the ground. Kelly said the firm wants to protect the wreckage "from destructive testing" and to obtain maintenance records, internal memos and other evidence.

A passenger filed a lawsuit against Asiana in San Francisco federal court on Monday, saying the airline showed "wanton and willful disregard for the rights and safety of all passengers," the San Francisco Chronicle reported. Younga Jun Machorro and her 8-year-old son, Benjamin Machorro, were seated toward the front of the plane and both suffered back and neck injuries, their lawyer, Michael Verna, told the paper.

The pilots of Asiana Flight 214 have told investigators they were relying on automated cockpit equipment to control their speed. Inspectors found that the autothrottle had been "armed," or made ready for activation, but investigators are still determining whether it had been engaged, the National Transportation Safety Board has said.

Two of the plane's eight slides malfunctioned, opening inside the cabin and pinning two flight attendants underneath.