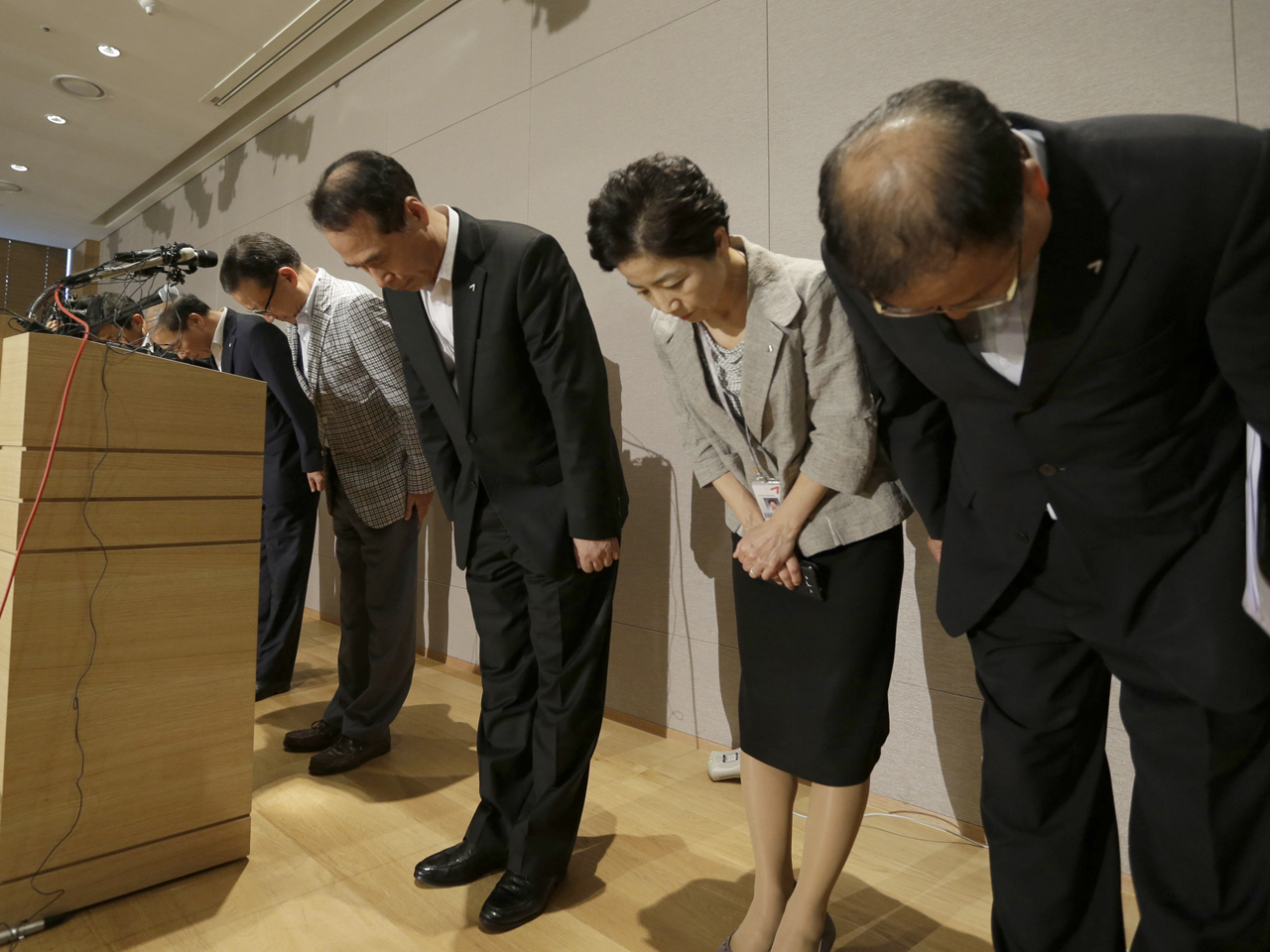 SEOUL, South Korea The president of Asiana Airlines says it will take time to determine the cause of the crash-landing in San Francisco that killed two passengers and injured 182 others, but he offered an apology within hours.

During a televised news conference in Seoul, airline President Yoon Young-doo bowed and said: "I am bowing my head and extending my deep apology" to the passengers, their families and the South Korean people over the crash.

Four pilots were aboard the plane and they rotated on a two-person shift during the flight, according to The Ministry of Land, Infrastructure and Transport in South Korea. The two at the controls at the time of crash were Lee Jeong-min and Lee Gang-guk.

Yoon Young-doo described the pilots as "skilled," saying three had logged more than 10,000 hours each of flight time, while the fourth had put in almost that much time.

Yoon said that the accident likely did not occur as a result of pilot error. He also said that error on the part of mechanics has "yet to be confirmed."

All four are South Koreans.

San Francisco resident and crash survivor Benjamin Levy "the crew was not expecting it at all," an account that other passengers have corroborated. Levy described the crew as "overwhelmed" by the "chaos" that erupted on board after the tail ripped off, adding that he and other passengers ended up escorting survivors off the plane to safety.

The National Transportation safety board has launched a full-scale investigation. NTSB Chairman Deborah Hersman told Fox News investigators have collected the cockpit voice recorder and the flight data recorder and were able to send them out on a red eye back to D.C. late Saturday.

Asiana Airlines released the nationalities of the people on board the flight: 77 Korean citizens, 141 Chinese citizens, 61 U.S. citizens and 1 Japanese citizen.

The South Korean airline said in a statement that Ye and Wang were both 16.