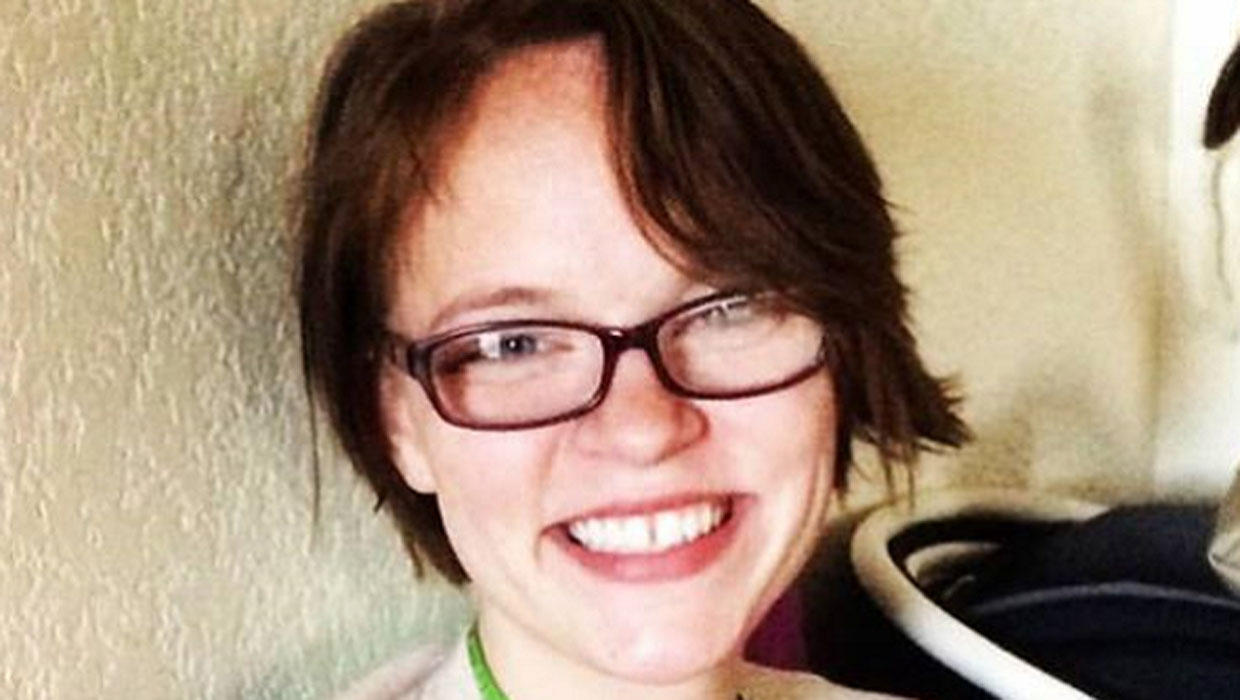 OKMULGEE, Okla. -- Police in Boulder, Colorado believe a young Colorado mother was killed and dismembered, and fear the suspect left her body parts in multiple locations, possibly in a suitcase, as he drove through several states with their infant daughter in the days following the killing.

Police say 32-year-old Adam Densmore has been served a first-degree murder warrant for the death of Ashley Mead, 25.

Densmore was arrested Wednesday in northeast Oklahoma amid the search for Mead and her 1-year-old daughter, Winter, who were last seen Sunday and reported missing Tuesday. Densmore, the child’s non-custodial father, was pulled over by the Oklahoma Highway Patrol as he was driving Mead’s car with the child, unharmed, riding inside, police told Crimesider.

After Densmore’s arrest on a custody violation, a citizen uncovered partial remains inside a suitcase in a dumpster about 40 miles away in Okmulgee, which is about 90 miles east of Oklahoma City and nearly 600 miles from Boulder. Police believe the remains, a gutted torso, belong to Mead, but they have not been positively identified, Boulder Police spokeswoman Shannon Cordingly told Crimesider.

Boulder Police say they believe that Ashley Mead was killed in Boulder Feb. 12. They believe Densmore left Boulder that evening, traveling with the child and the woman’s body in her car to Haughton, Louisiana, just outside of Shreveport – more than 1,000 miles southeast.

That’s where they believe Mead’s body was at least partially dismembered.

Boulder Police say Densmore’s exact travel route between Feb. 12 and his arrest Wednesday in Oklahoma remains unknown, but say “there are concerns that some of the victim’s body parts may have been discarded in a variety of communities the suspect passed through after the homicide.”

They believe Densmore left Boulder and traveled south to Raton, New Mexico, and then continued southeast through the Texas panhandle before arriving in Haughton, Louisiana, on the evening of Feb. 13. The next morning, they say, Densmore drove about 250 miles north to Conway, Arkansas, and spent the night. On the morning of Feb. 15, police say he left Arkansas and stopped in Okmulgee, Oklahoma, about 300 miles west of Conway, where he was arrested around 1:30 p.m.

The child had been traveling with him during that time, Cordingly said. Cordingly said investigators believe Densmore has family in the areas where he traveled.

Friday, Boulder police tweeted a picture of a purple suitcase and said they believe it’s possible more of Mead’s remains may have been left in a similar suitcase. Police are asking anyone who sees a suitcase placed in an odd location not to touch it and to contact their local police department immediately.

“Just as many eyes as we can have to to be on the lookout for something that just doesn’t look right, that’s going to help us,” Cordingly said.

Cordingly said police are asking for residents to be on the lookout for anything that may seem out of the ordinary, especially in the areas where they believe Densmore traveled.

“We would like to find all of Ashley in part to help bring closure to the family,” she said.

Investigators haven’t released a cause of death. Cordingly said she did not believe Densmore and Mead were ever married, but said the two had been involved in a long-term, on-again, off-again relationship. They did not have other children.

Cordingly said she couldn’t speak to a possible motive.

The infant has been placed in the temporary custody of child protective services. Densmore has been appointed a public defender in Oklahoma but it wasn’t immediately clear who was representing him.

The murder warrant against him is sealed.