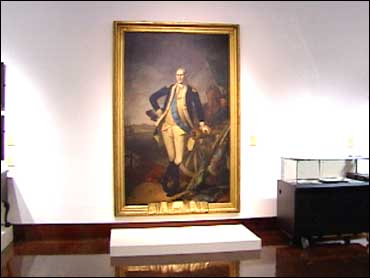 Until Andy Ashby shut down the Houston Astros on Thursday, it had been 10 years since a San Diego Padres pitcher threw three straight complete games.

Ashby became the first big leaguer to perform the feat this year, using his split-fingered fastball with more authority to throw an eight-hitter as the Padres beat the Houston Astros 5-1.

"It's gotten to the point now when Ash takes the mound we have a real clear idea of what he's going to do," said Dave Stewart, San Diego's first-year pitching coach. "I wasn't surprised. I was expecting it."

"Whether you go six, seven or nine (innings), you have to stay locked in through the whole game and try to stay away from the big inning," Ashby said.

The right-hander came close to a shutout but left a fastball up that Moises Alou hit for his 12th homer leading off the ninth. Ashby then walked Dave Clark, but got former Padres infielder Ricky Gutierrez to pop up and another former teammate, Brad Ausmus, to ground into a double play.

"The main thing is not let it snowball into a big inning," Ashby said. "Something that I've done early in my career is get mad and try to get it over with too quick and the next thing you know, the bases are loaded with no outs."
Until Alou's homer, the Astros failed to get a runner to second base after the second inning. Ashby matched his season-high with eight strikeouts and walked four in his fourth complete game this year. He also drove in a run with a bases-loaded, suicide squeeze in the seventh.

Ashby tinkered with a split-finger fastball last year but didn't refine it until he worked with Stewart in spring training. Stewart worked with Ashby again between starts, and Ashby threw about 20-25 of the pitches against the Astros.

"His sinker is so devastating that from time to time I don't know the sinker from the forkball, to be honest," Stewart said. "He was nasty today."

"The biggest difference with Ashby is he's got control," Dierker said. "Once you get control, you get confidence. I don't think there are too many teams that want to face him or (Kevin) Brown, either."

The Padres avoided their first series sweep of the season and kept from dropping into a first-place tie with San Francisco in the NL West. San Diego has had sole possession of the division lead since April 8, but the two straight losses to the Astros trimmed their lead to just one-half game. San Francisco was idle Thursday.

Vaughn homered in all three games against the Astros.

With Quilvio Veras aboard on a leadof double, Vaughn hit a two-run shot off Mike Hampton (7-3) in the first. The 20 homers are two more than Vaughn had last year, when he struggled while sharing time with Rickey Henderson. In 1996, when he hit a career-high 41 for Milwaukee and San Diego, he didn't hit his 20th until June 20.

"The home run today helped," Vaughn said. "The last two nights, it felt good to hit the ball out of the ballpark, but it didn't do the team any good, and that's what it's about."

The Padres made it 3-0 in the fifth when Veras singled to score Andy Sheets, who walked and moved up on a wild pitch and a throwing error by catcher Brad Ausmus.

The Padres added two more runs in the seventh off Hampton, on a leadoff triple by Ruben Rivera, two walks, Ashby's bunt and Veras' sacrifice fly. Ashby dropped the bunt right in front of the plate. Hampton's only play was to dive for it and try to throw home, but he missed the ball.