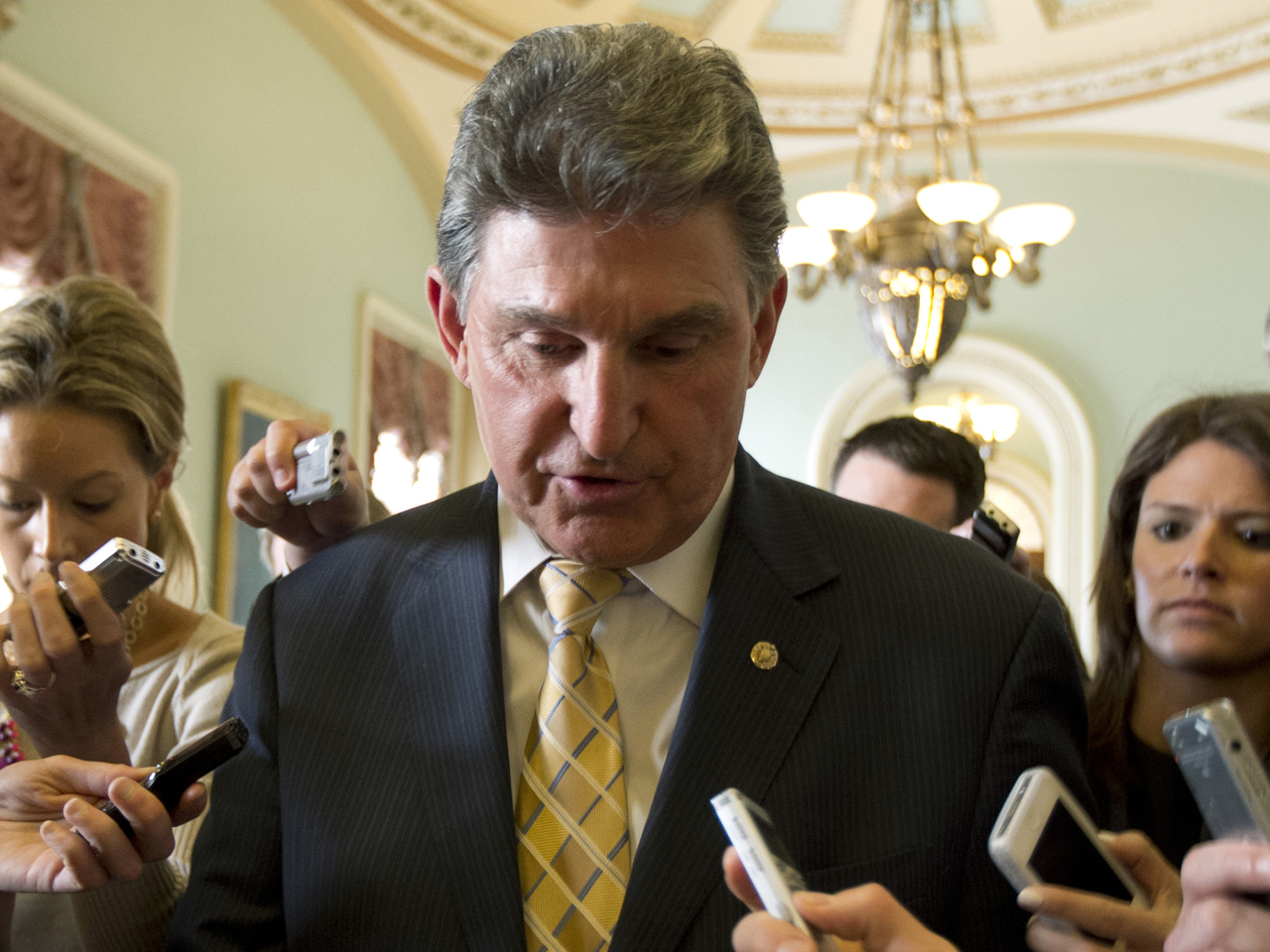 After weeks' worth of negotiations over an amendment aimed at attracting Republican support to the Senate gun bill, Sen. Joe Manchin, D-W.Va., announced that the amendment will likely "not get the votes" it needs to pass the Senate Wednesday, signaling a major setback for gun control advocates who have been pushing for weeks to get a bill through the chamber.

In an interview Wednesday morning with NBC, Manchin doubted that the so-called Manchin-Toomey amendment, which expands background checks for gun buyers while making some exceptions for inter-familial transfers and gifts, would garner the necessary 60 votes to overcome a filibuster.

"We will not get the votes today," Manchin told NBC, though a spokeswoman for his office later clarified that they remain "optimistic" a deal can be worked out by the end of the day.

"The path to 60 is difficult but it is not unachievable," Carney said this afternoon in his White House briefing.

Amid signs of defeat for the Manchin-Toomey amendment, which was seen as critical for any larger a bipartisan deal, a group of Senate Republicans Wednesday morning offered up their own amendment to the gun bill, which would significantly water down the Democratic proposals, focusing instead on prosecuting violent criminals. According to co-sponsor Sen. Chuck Grassley, R-Iowa, the top Republican on the Judiciary Committee, the new proposal would serve as a "sensible alternative" to the current measure and one he said "effectively addresses problems that we've seen without burdening law-abiding citizens."

"We ensure the Second Amendment is protected while taking reasonable steps to strengthen our communities," Grassley told reporters at a press conference unveiling the proposal. This amendment, like many on the table, is unlikely to attract the support of 60 senators.

According to Grassley and Sen. Ted Cruz, R-Texas, another of the measure's co-sponsors, the bill would focus primarily on prosecuting violent criminals, and would also provide provisions aimed at school safety and mental health. But it would all but gut the background check expansion put forth in the existing legislation, which has been widely viewed as the cornerstone of the Democratic bill.

Cruz, in remarks to reporters Wednesday, railed against provisions in the Democratic proposal he said would infringe upon Second Amendment rights. He argued the pending bill is the "wrong approach" because, for example, it would require government regulation for people who want to sell guns to strangers over the Internet.

"If you decide you want to sell your shotgun and you put an advertisement on Craigslist, under that bill, before you can do so you have to go through the federal government" for a background check, he argued. He also contended that the proposed background check system would lead to a national gun registry, though it has not been proven that such a result would occur.

The Senate today will vote on a series of amendments to the gun bill, including the Manchin-Toomey amendment, an assault weapons ban, and a ban on high-capacity magazine clips.

In an impassioned speech on the Senate floor Wednesday morning, Majority Leader Harry Reid, D-Nev., announced his support for all three measures. Despite his longstanding pro-gun status and apparent former hesitation to take the lead on issues like the assault weapons ban, Reid said he'd "have trouble living with himself" in the event of another tragedy.

Reid encouraged his colleagues to show "courage" on the issue.

"I believe that if we can save the life of a single American we owe it to ourselves to try," he said.

If the Manchin-Toomey amendment fails, an aide to Sen. Mitch McConnell predicted that the entire bill would be rendered moot, given that no other proposals are more likely to earn the necessary 60 votes for passage. In that case, the aide said, Reid would be forced to either move forward with a watered-down bill or file cloture on the existing bill, which would require all senators to go on record with their positions.

Manchin, in another passionate speech on the Senate floor, made a final push for his amendment, which he described as a common-sense measure that "protects honest, gun-loving, law-abiding citizens more than any piece of legislation we've had in the last two to three decades. And i think people that have read the bill know that."

Unfortunately, he said, the National Rifle Association has been spreading "misinformation" about what his proposal would do -- including the notion that it would qualify as a "universal" background check.

"That is a lie. That is simply a lie. And anybody that can read knows that's not factual," he said. "There is not a universal background check."

Caroline Horn contributed to this report