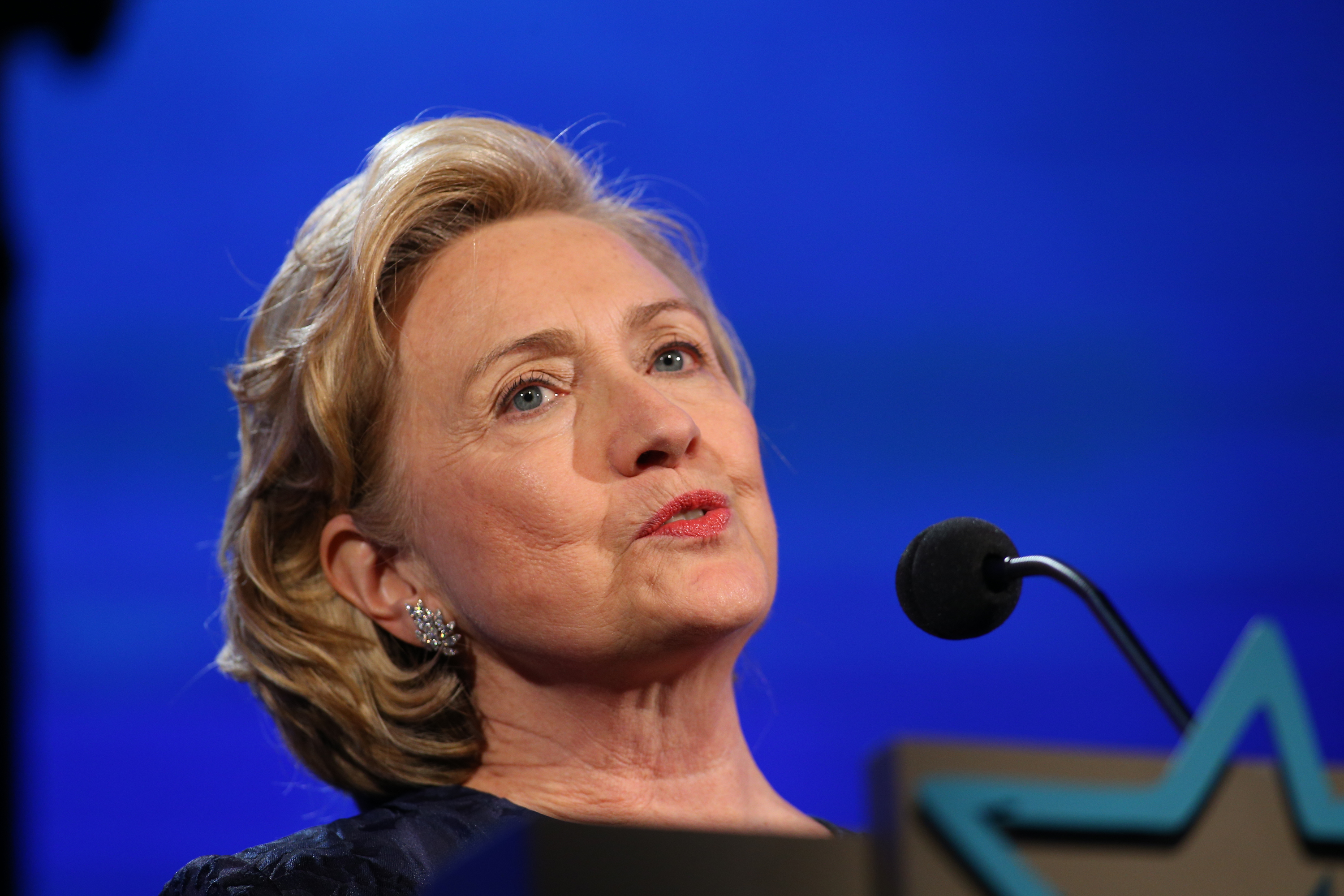 Former Secretary of State Hillary Clinton's recent critique of the Obama administration's foreign policy, seemingly in preparation for a 2016 presidential run, has some pundits on the right crying foul.

By criticizing President Obama's handling of foreign affairs, Clinton is attempting to distinguish Mr. Obama's view of America's role in the world from her own. Conservatives, however, are questioning how much Mr. Obama's former top diplomat can truly distance herself from the administration. Some liberals, meanwhile, have revived the argument that Clinton may be too hawkish -- a judgment some on the left leveled against her in the 2008 campaign.

Clinton's harshest criticisms targeted Mr. Obama's response to the crisis in Syria, telling the The Atlantic's Jeffrey Goldberg that the administration's actions there amounted to a "failure."

"The failure to help build up a credible fighting force of the people who were the originators of the protests against Assad--there were Islamists, there were secularists, there was everything in the middle--the failure to do that left a big vacuum, which the jihadists have now filled," Clinton said.

Mr. Obama himself has called that line of argument a "fantasy."

"This idea that we could provide some light arms or even more sophisticated arms to what was essentially an opposition made up of former doctors, farmers, pharmacists and so forth, and that they were going to be able to battle not only a well-armed state but also a well-armed state backed by Russia, backed by Iran, a battle-hardened Hezbollah, that was never in the cards," Mr. Obama said in an interview with the New York Times' Thomas Friedman that was published over the weekend.

Marc Thiessen, a senior White House staffer during the George W. Bush administration who is currently a fellow at the conservative American Enterprise Institute, called Mr. Obama's defense of his foreign policy "absurd."

At the same time, he noted that Clinton can't easily distance herself from Mr. Obama's policies.

"If she wants to achieve separation, she will have to answer some tough questions in the period ahead, such as: how hard did she really fight for arming and training the Free Syrian Army?" Thiessen wrote. "Did she threaten to resign? What specifically did she advocate doing to help the opposition? Did she advocate air strikes against ISIS? And - most importantly - did she oppose Obama's complete withdrawal from Iraq, which also 'left a big vacuum, which the jihadists have now filled'?"

Jennifer Rubin, a conservative columnist for the Washington Post, called Clinton's remarks "the worst sort of political opportunism for which she is infamous."

"For a year and a half after leaving the administration, she has not spoken out against the president on Syria or much of anything else," Rubin wrote. "She did not have the nerve to resign out of principle on Syria, as did former ambassador Robert Ford. Only now, when the entire region has gone to seed she decides the Obama critics were right on some key aspects of foreign policy."

The Republican opposition research firm America Rising similarly called Clinton's statements amount to " naked political opportunism." The group pointed to a 2012 interview with CBS News in which shot down the idea of more robustly arming the Syrian rebels.

"What are we going to arm them with and against what?" Clinton said to CBS News' Wyatt Andrews. "We're not going to bring tanks over the borders of Turkey, Lebanon and Jordan... If you're a military planner or if you're a secretary of state and you're trying to figure out do you have the elements of an opposition that is actually viable, that we don't see."

Clinton's political interest in distancing herself from President Obama's foreign policy is evident: a CBS News poll released last week showed that while 52 percent of Americans have at least some confidence in Mr. Obama's ability to handle an international crisis, just 25 percent they have a lot of confidence -- down 14 points from last September.

Criticism of Clinton's remarks was more muted on the left, though some anti-interventionist liberals took issue with her statements.

Liberal Joan Walsh, the editor of Salon.com, wrote that as a 2008 Clinton supporter, she found the former secretary of state's comments "sobering." If Clinton were to run for president again, she "may think she can write off the anti-interventionist left - again."

However, Walsh said, "So far, my approach to 2016 is to say that Clinton may not be perfect, but she's the not-perfect candidate we know, very well."