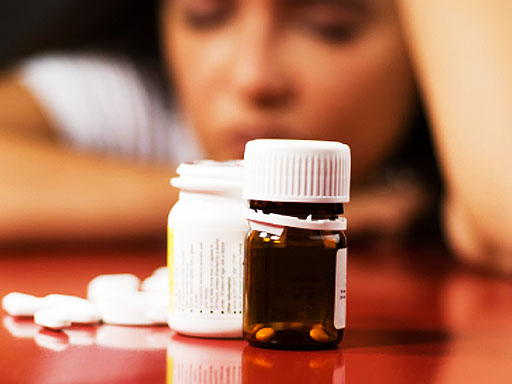 In 2003, the FDA mandated a "black box" warning -- the most serious type of warning in prescription drug labeling -- on popular antidepressant medications called selective serotonin reuptake inhibitors (SSRI), signaling a possible risk of suicidal thoughts among children and teens. Examples of these drugs include Celexa, Paxil, Prozac and Zoloft.

Following the warnings, antidepressant prescriptions for young people fell by more than a fifth. At the same time, suicide attempts rose, possibly because depression was being undertreated, according to background information in the study.

"We found a substantial reduction in use of antidepressants in youth, and also in adults -- who were not targeted by the warning," said lead author Christine Lu, an instructor in population medicine at the Harvard Pilgrim Health Care Institute in Boston.

Lu attributes the drop in prescriptions to the FDA's warning and resulting media coverage. "To a certain extent, the FDA's black box warning was legitimate, but the media emphasis was really on suicide without noting the potential risk of undertreatment of depression. Because of that, there has been an overreaction, and that overreaction has sent alarming messages to parents and young people," she said.

Likewise, though the current research finds a strong association between the uptick in suicides and the drop in antidepressant use, Lu and her colleagues weren't able to definitively show that a decrease in antidepressant prescriptions was directly responsible for the recent increase in suicide attempts.

This decrease may have left many depressed young people without appropriate treatment. That in turn may have driven an increase in suicide attempts, Lu noted. The study didn't find an increase in completed suicides for any age group.

Coverage of the warning may have had unintended consequences, Lu said. Doctors may have been less willing to prescribe antidepressants and parents may have been fearful of letting their children take them, she said.

The lesson, Lu said, is that the media and the FDA should strive for the right balance so potential overreactions don't occur.

Lu noted that over time people have become less reluctant to use these drugs.

The FDA now recommends that doctors consider both the risk of prescribing an antidepressant and the risk of not prescribing the drug. Doctors should also monitor patients for suicidal thoughts.

Undertreating depression is worse than the slight increase in suicidal thoughts antidepressants may cause, Lu said. "It's also a reminder for doctors to weigh the risk of a drug with the risk of not treating or undertreating the condition," she said.

For the study, Lu and colleagues used the Mental Health Research Network to collect medical claims data from 11 U.S. health plans from 2000 to 2010. This database includes records for 1.1 million teens, 1.4 million young adults and 5 million adults.

To measure suicide attempts, the researchers used records of overdose with mind-altering drugs, such as marijuana, amphetamines, tranquilizers and Ecstasy.

The report was published June 18 in BMJ online.

Tony Tang, an adjunct professor in the department of psychology at Northwestern University in Evanston, Ill., said, "The article addresses a possible blind spot in the thinking of the general public."

Although some antidepressants might increase suicidal thoughts, they also prevent some suicides just by alleviating depression, he said.

"It is fashionable to believe the worst about everything not natural or organic. In this atmosphere, perhaps the general public has overlooked the suicide prevention benefits of antidepressants," Tang said.

Cognitive behavioral therapy has been proven effective in treating depression and superior in preventing depression relapses, he said. If people are so concerned by the FDA warnings, they should seek out other proven treatments, such as therapy, he suggested.

Simon Rego, director of psychology training at Montefiore Medical Center/Albert Einstein College of Medicine in New York City, said, "FDA advisories and boxed warnings should be represented accurately by the media, taken seriously by the public and health professionals, and then used as the starting point for an open, interactive and ongoing discussion between the clinician and patient about the relative risks and benefits of all available effective treatments along with more active monitoring of all patients at risk, regardless of which intervention is selected."