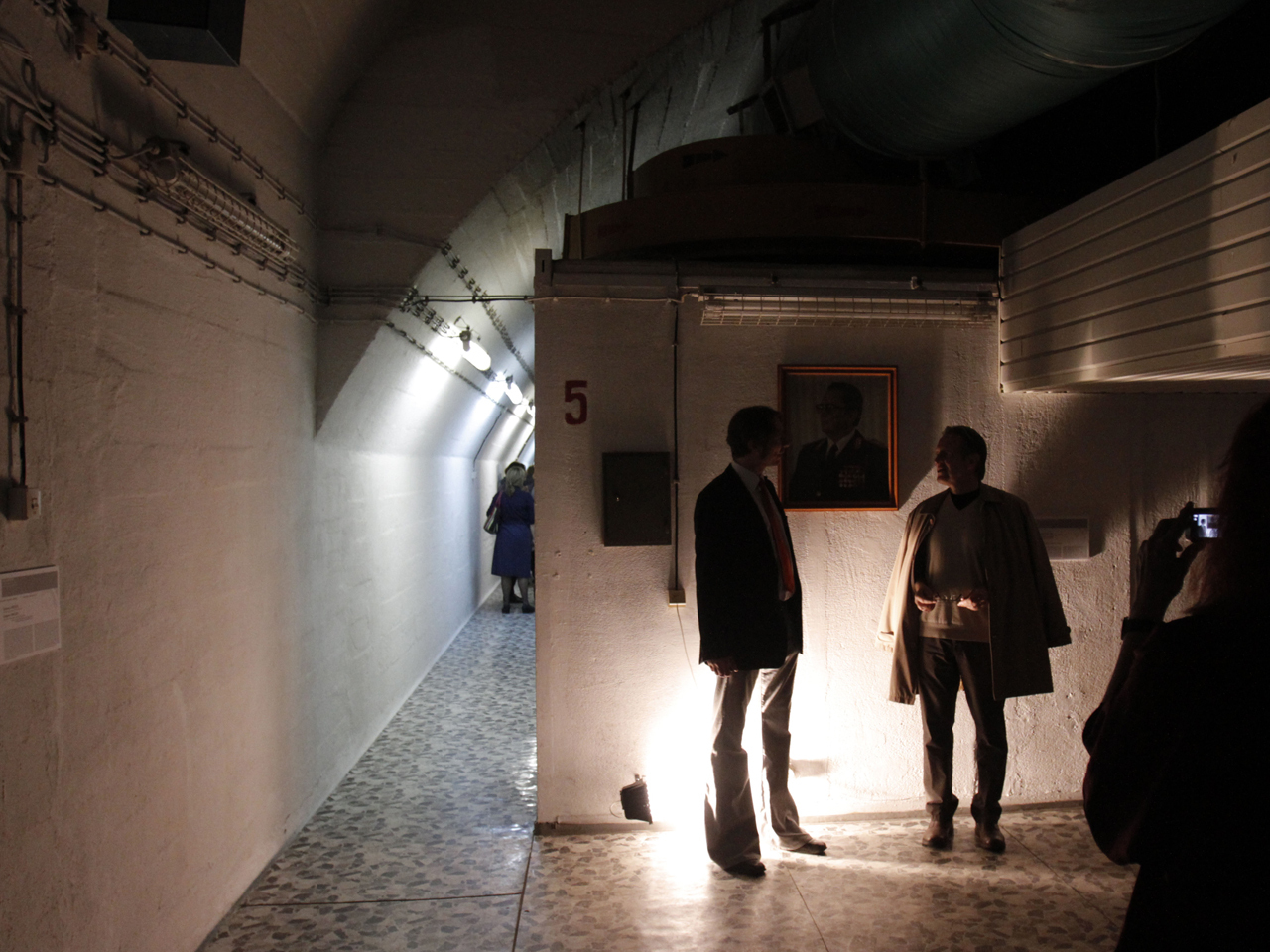 KONJIC, Bosnia-Herzegovina A once-secret bunker built to shelter Yugoslavia's communist leadership from nuclear war has temporarily reopened as an art gallery, with some exhibits pondering what would have happened if more mushroom clouds had hit the world's skies.

The 280-meter- (920 foot) deep, U-shaped complex is dug into a mountain and took 26 years and billions of dollars to build; for years, only the late Yugoslav leader Josip Broz Tito and his closest confidantes knew the subterranean fortress existed.

The secret was revealed when Bosnia broke away from Yugoslavia in 1992. The new army took over and still owns the labyrinth just outside Konjic, 40 kilometers (25 miles) south of Sarajevo. The space had never really been put to use until in recent years artists turned to authorities with an idea to put this sleepy town on the cultural map.

In 2011, the bunker was opened up for three months as an art gallery. This year's run, which began Friday, also is for three months, and artists from 19 countries have worked hard on performances and projects on display in almost 100 rooms of the facility, project director Edo Hozic said.

For now, the bunker's artistic transformation is being done on a biennial basis. But the goal is to gradually turn it into an art gallery permanently.

It is a "crazily incredible project," said Basak Senova, a Turkish artist who acts as one of the curators.

The entrance to the bunker, which is supposed to hold 300 people, lies behind a nondescript garage door of a remote house at the end of a lonely road east of Konjic.

The first installation is startling: A loud noise simulates the detonation of a 25-kiloton nuclear bomb in the vicinity of the bunker — making visitors feel as if they are the last to escape an apocalypse just before the giant bunker door closes.

Right afterward, visitors walk along a tunnel with floors lined with mirrors that crack under people's steps.

Doors along the long tunnel lead to more than 100 small bedrooms, offices and conference rooms that are usually decorated with simple wooden furniture and the obligatory portrait of Tito with his usual "visionary" gaze.

The rooms have been turned into small individual galleries displaying the works of the various artists.

Some of the exhibits try to reconstruct the isolated life of the people who would have used the bunker had it been necessary. Others focus on tragedies that did occur.

Japanese artist Saeri Kiritani plays a video of a phantom touching rice and chanting for the departed souls of the Hiroshima and Nagasaki nuclear bombings. Hungarian artist Janos Sugar uses pictures of people in today's conflict zones waving their simple weapons to show how the gun became "the typewriter of the illiterate."

Tickets to the exhibit cost 5 euro ($6.50), which includes transportation and a guide. Would-be visitors have to get a permit from the army to enter the 6,500 sq. meter (70,000 sq. foot) facility — something that the local tourist bureau can arrange.

Ibrahim Spahic, a visitor on Friday who organizes cultural projects in Sarajevo, spoke glowingly of the bunker project.

"When the art of war is turned into a war for art, this is what happens," he said.