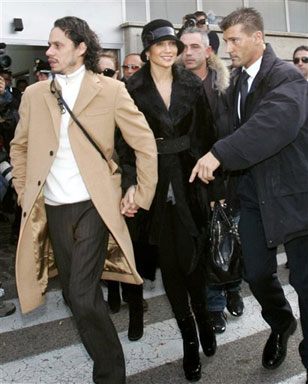 The debate over whether Napster is an illegal black market or an innovative boon to the recording industry has driven a wedge in the music world, and created odd opponents: pitting long-haired, tattooed rockers against upstart web wizards.

"There are two versions of the internet at stake. One says it's a swamp filled with content for which artists don't get compensation as they deserve -- that's text, pictures or music. Other people love the convenience of being able to swap music for free online. They would miss that if Napster went down," said MTV news correspondent Connelly.

Most artists, he said, are against Napster. "Lars Ulrich from Metallica has been outspoken in saying he wants to be compensated for his work that gets swapped online. People like Limp Bizkit like the idea people are swapping the music. Two different sides."

Connelly interviewed Napster founder Shawn Fanning, who is shocked and angry over the decision to shut down Napster.

"I think that Napster is an internet community for people to share music, meet new people with similar tastes," said Fanning. "We have 20 million users who all love the service. So for me, knowing that this technology that so many people love was going to be shut down, was difficult."

"I've received about 4500 e-mails over the past day, just to me alone, people expressing their anger about this situation and asking what they can do to help," he said.

Connelly feels that "the genie is not going back into the bottle in music on the net. There are other ways to download from the net. It's free. I don't think anybody wants it to stop. They want compensation for the artists and ease for the consumer to continue."

Aram Sinnreich, an analyst with the company Jupiter Communication in New York, agrees that the music industry can't put the genie back in the bottle by beating Napster.

"Napster is the easier conduit to control. You have software out there that doesn't run through a centralized server, therefore you can't shut it down been," said Sinnreich.

Sinnreich said his company did some consumer surveys and found out that Napster users are 45 percent more likely to have increased music purchasing than non-Napster music fans.

"It's like radio. Consumers get exposed to music they have not heard. They buy the CDs," said Sinnreich.

"It's about partnering, and secure distribution is essential to ensuring copyrights. Napster can provide that with the aid of digital rights management. Record labels need to partner with companies that can do this," Sinnreich said.

Napster is urging its fans to participate in a "buycott" this weekend.

They "want anyone who has heard a track on Napster to buy a CD as a way of showing companies they stimulate record purchasing," said Connelly. "Somehow, you're going to have be able to download free music bcause millions want to do it."

Sinnreich thinks ultimately the labels have shot themselves in the foot. "Napster has 20 million registered users, online music fans. That's a tremendous opportunity," he said.

"The labels need to follow what the consumers are doing and take advantage of that tremendous marketing channel," said Sinnreich.

Nevertheless, Connelly thinks this is a tough moment for Napster.

"They'll get bad news and they have to shut down or take everything off that could be copyrighted," he said. But he added, They will find other ways to get free music. The battle will continue until everyone can find a way to make this happen in a way that is fair."

MTV and CBS are both owned by Viacom.