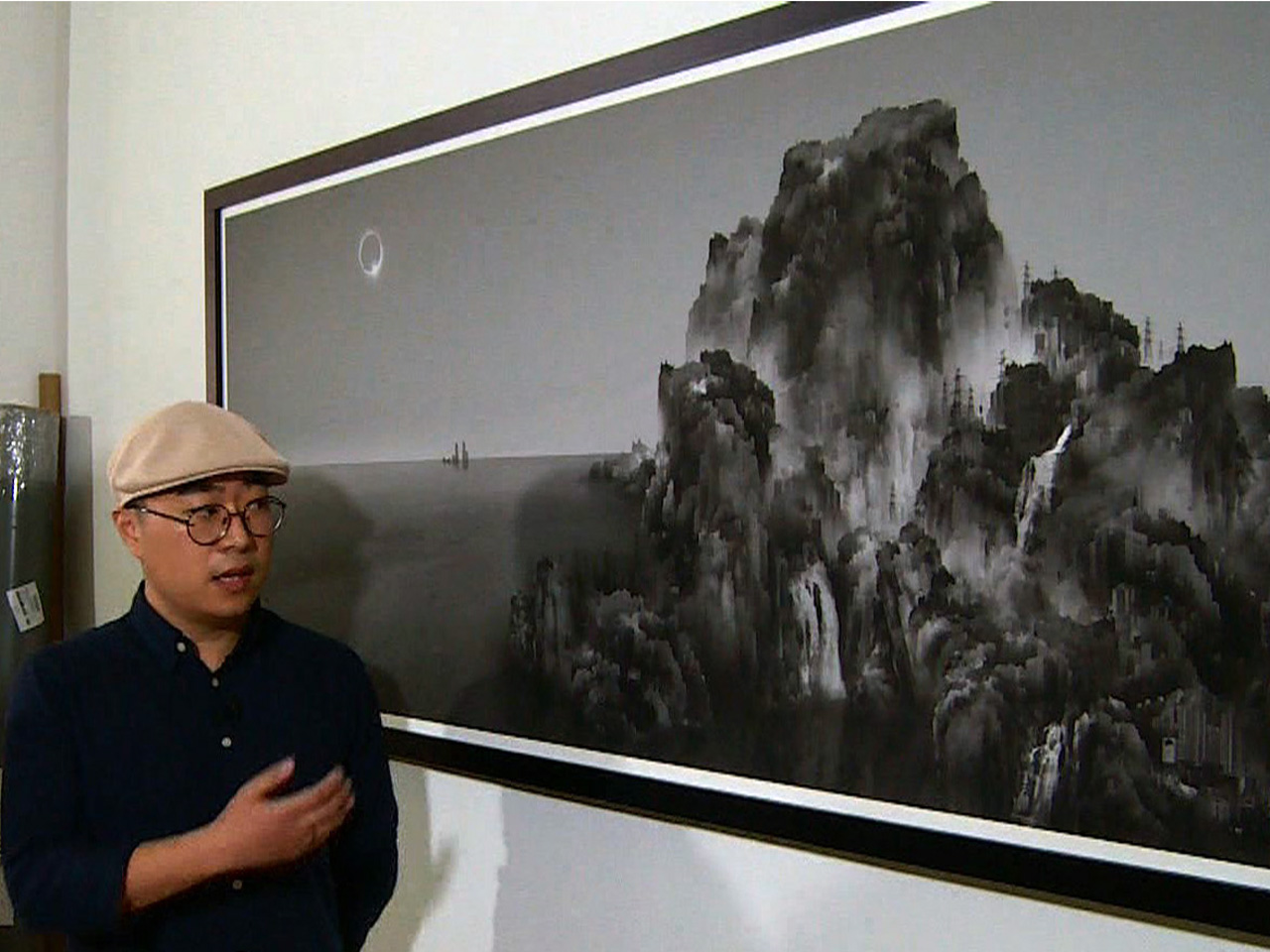 A United Nations scientific panel says the impact of climate change will be out of control if countries don't do more to stop pollution. Now the problem is inspiring some people in China to take action.

The report says humans are to blame when it comes to climate change. In China -- home to some of the world's most polluted cities -- CBS News correspondent Seth Doane reports there are a number of people, even artists, who are looking at the cost of the country's breakneck development.

Yang Yongliang, 33, was classically trained in the ancient art of Chinese calligraphy. At his Shanghai studio, Yan's own work hangs on the walls. It evokes a serene, Chinese landscape -- the way nature intended.

But if one looks closer, it's a picture of modern Shanghai, stacked together and made to look like a mountain. Everything from the trees to the jagged cliffs are created from images of today's China. A rocky island upon first glance, for instance, is actually skyscrapers.

On large computer screens, Yang zooms in to reveal how he layered thousands of tiny photographs to create and comment on another world.

"The development of our cities is at the expense of nature," Yang said.

Yang takes pictures in cities across China. As he snaps the photos, he doesn't know how they'll come together. Ultimately, a telephone pole might wind up resembling a tree or a house can become a rock in a river.

He says he sees human beings as fragile, and through "development" they're creating their own demise.

Shae Xu is a student of Chinese art. She works in a Shanghai gallery that sells Yang's work for thousands of dollars. She says this contemporary artist evokes the old to criticize the new.

"China has a long-lasting history of art, but right now it's kind of lost," she said. "You see urbanization, you see industrialization, and people are losing their tradition."

"I want to make people reflect," he said. "Modern life is comfortable and convenient, but we rarely think about what we exchange for that."