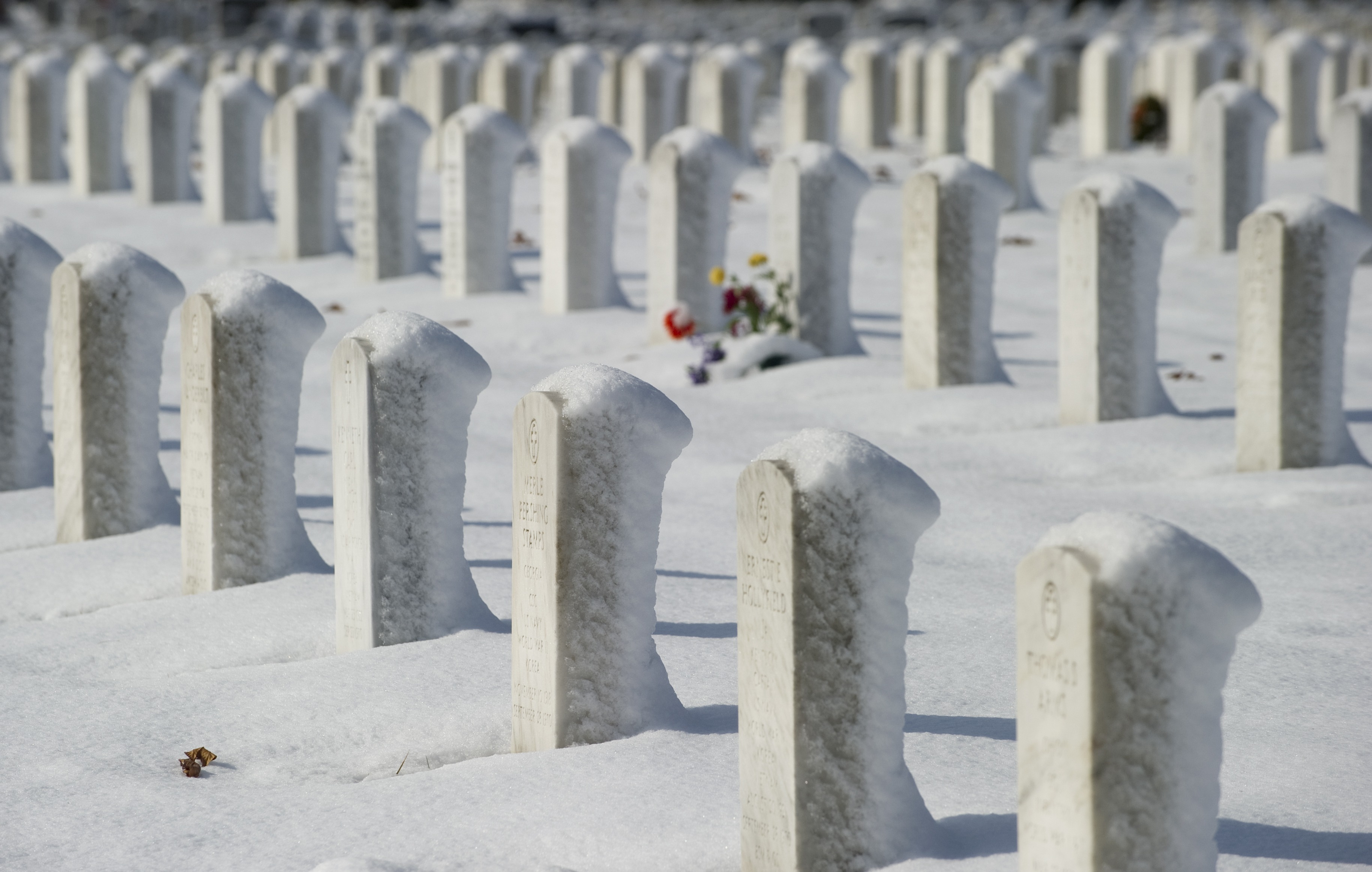 An Army official on Friday confirmed that investigators are looking into whether a single grave at Arlington National Cemetery was used as a dumping ground for multiple sets of cremated remains that were improperly dug up and left in a landfill.

The discovery in October of eight urns or other containers in a plot that was supposed to be holding a single set of remains has triggered a criminal investigation. Army officials are trying to determine how the containers came to crowd the grave marked by a headstone that read "Unknown" and who might have been responsible for putting them there.

It is the first criminal probe of misplaced remains at the nation's most hallowed military burial ground since an Army inspector general's report, released in June, detailed widespread problems, including a chaotic management system, poor record keeping and millions of dollars wasted on botched contracts.

He also confirmed that the set of remains that was supposed to be buried in the grave ended up there after they were unearthed in 2002 and dumped in the landfill. After the urn was discovered by a cemetery worker, it was buried in the grave site, located in Section 69, under a headstone that read "Unknown" because cemetery officials could not determine to whom it belonged.

The discovery of the urn in the landfill and its subsequent burial under an "Unknown" headstone was first reported by Salon.com in 2009 and later detailed in the IG report.

After the 2000 discovery of the urn, three more sets of remains were found in the same dirt pile, according to the IG report. One was found in 2006, another in 2007 and the third in March, as the IG office conducted its investigation of the cemetery. All three of those urns were marked with the decedent's name and were reburied in the proper locations, according to the report.

It is not clear how the sets of remains ended up sitting in the dirt pile. Cemetery records are supposed to note the precise location of remains buried in the cemetery, and because family members are buried in the same plots at Arlington, workers are instructed to dig carefully in areas where remains have already been interred. Workers are told to "remove small amounts of dirt at a time so they could locate and temporarily remove the cremated remains," according to the report.

Urns or other containers are typically interred at a depth of three feet; coffins are usually buried at five or seven feet. It's possible, the report concluded, that workers mistakenly dug up the sets of remains while digging another grave.

In addition to the unearthed urns discussed in the IG report, officials have said that two more sets of remains were discovered in the dump site in 2005 by a contract worker. The worker told WTOP earlier this year that one of them contained a plastic bag with a photograph of a girl in a blue and white cheerleader uniform.

The worker told the radio station that the remains were turned over to the "proper authorities." Now, officials says those remains are believed to be among the eight found in the single grave site. So far, authorities have been able to positively identify three of the eight sets of remains.