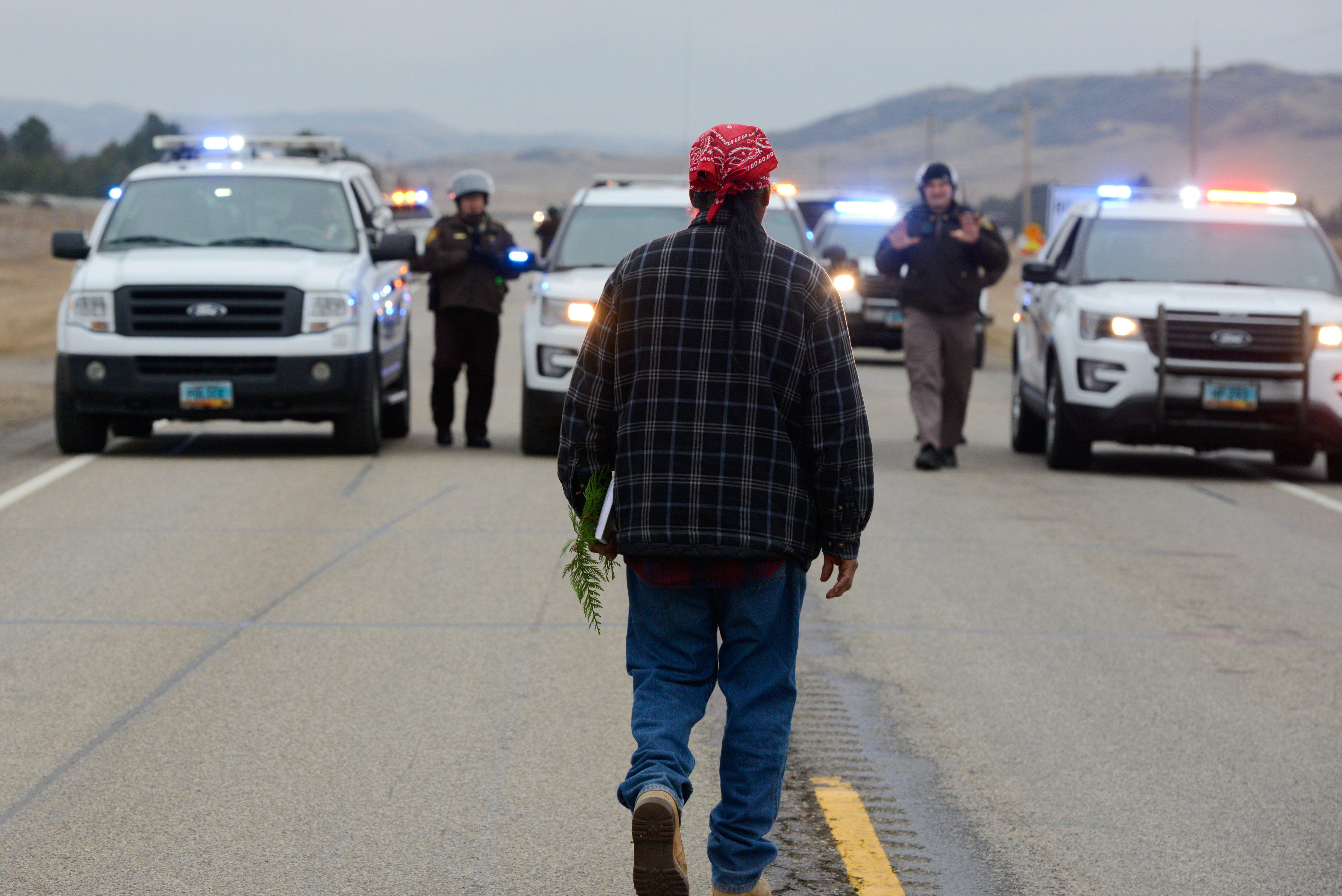 BISMARCK, N.D.  -- The chairman of the Standing Rock Sioux tribe said Friday that the U.S. Army Corps of Engineers plans to close the area where people have been camping for months to protest the Dakota Access oil pipeline.

Dave Archambault said in a statement that he received a letter from the Corps, dated Friday, which says all lands north of the Cannonball River will be closed Dec. 5.

“The letter states that the lands will be closed to public access for safety concerns,” Archambault said.

Representatives from the Army Corps of Engineers didn’t immediately return messages seeking comment and verification of the letter.

According to the letter, which CBS affiliate KXMB has obtained, the corps says “this decision is necessary to protect general public from the violent confrontations between protesters and law enforcement” and to “prevent death, illness, or serious injury to inhabitants of encampments due to the harsh North Dakota weather conditions.”

The letter goes on to state concern for the lack of emergency personnel being able to access those in need for reason to shut down the area.

All individuals on the land after Dec. 5th will be considered trespassing and may be subject to prosecution under federal, state and local laws, KXMB reports.

Archambault said the land to be closed includes the Oceti Sakowin camp, a sprawling encampment on Army Corps land about 50 miles south of Bismarck. For months, opponents of the four-state, $3.8 billion pipeline have been camping in the area to protest the pipeline.

The Standing Rock and Cheyenne River Sioux tribes are fighting the project because they fear it will harm drinking water and cultural sites. Pipeline developer Energy Transfer Partners disputes that and says the 1,200-mile pipeline through the Dakotas, Iowa and Illinois will be safe.

The pipeline is nearly complete outside of a stretch beneath a Missouri River reservoir in southern North Dakota, just to the north of the Standing Rock reservation.

Archambault said the letter indicates the Corps will set up a free speech zone south of the Cannonball River.

“Our Tribe is deeply disappointed in this decision by the United States, but our resolve to protect our water is stronger than ever,” he said. He’s asking pipeline opponents to continue to fight the pipeline’s permitting process.

Meanwhile, the leader of the Cheyenne River Sioux in South Dakota called for pipeline opponents to boycott businesses in North Dakota’s capital, a move Bismarck’s city administrator says is uncalled for and disappointing.

The Cheyenne River Sioux Tribal Council voted in September to not spend money in Bismarck and neighboring Mandan, and Chairman Harold Frazier at the time called on all tribal members to join the effort. Earlier this week, he sought to broaden the boycott to make a statement against what he calls “heavy-handed, illegal and violent oppression” of people who have protested against the pipeline for months.

Bismarck City Administrator Keith Hunke said Friday the boycott is disappointing given that the city’s businesses aren’t involved in the dispute.

“They really don’t have any part in any of the concerns expressed by the Standing Rock Sioux Nation,” Hunke said, adding that no businesses have reported an impact from boycotts.

Hunke said increasingly frequent protest activity in the Bismarck-Mandan area is “an inconvenience” but hasn’t cut into business’s bottom lines.

More than 560 protesters have been arrested since August in the Bismarck-Mandan area and at the main protest camp about 50 miles south of the city, including more than 30 at a Bismarck mall on Friday - one of the busiest days of the year. Police said protesters gathered for a prayer at Kirkwood Mall, and some refused to leave the entrance to a Target store when ordered.

A clash earlier this week near the main protest camp left a police officer and several protesters injured, including Sophia Wilansky, who suffered a serious arm injury and is in satisfactory condition in a Minneapolis hospital.