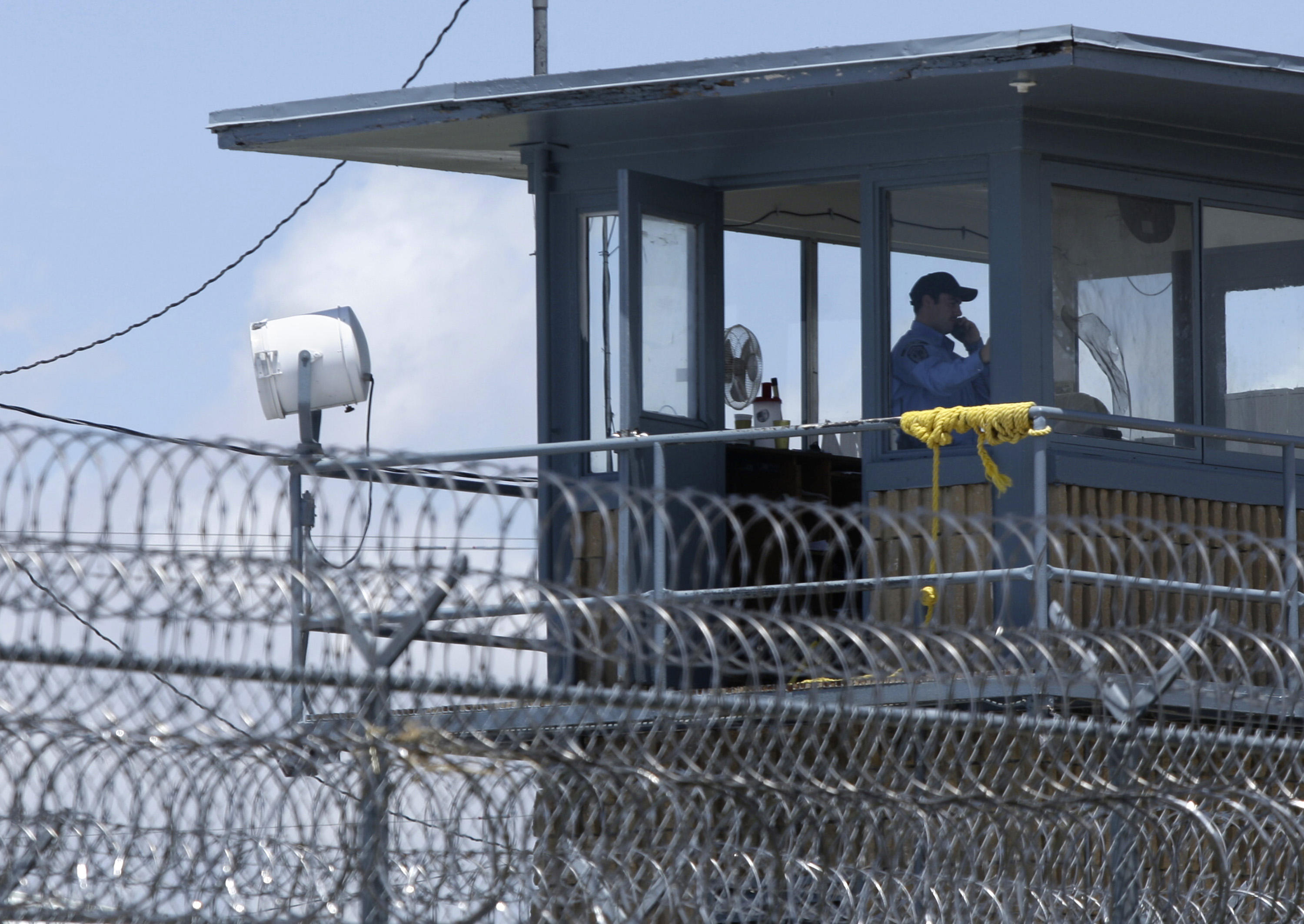 VARNER, Ark. -- Arkansas raced against the clock to obtain U.S. Supreme Court approval to execute a convicted killer Monday but backed off putting another inmate to death as part of what had been a plan to carry out double executions on four nights before the state’s supply of a lethal injection drug expires.

In a chaotic day of legal wrangling, state and federal courts lifted the two primary obstacles Arkansas faced to carrying out its first executions since 2005 but another hurdle remained before the Supreme Court.

The decisions from the 8th U.S. Circuit Court of Appeals and the state Supreme Court were over the series of planned lethal injections that, if carried out, would mark the most inmates put to death by a state in such a short period since the U.S. Supreme Court reinstated the death penalty in 1976.

The state was rushing to get approval to execute convicted killer Don Davis before his death warrant expires at midnight. Davis and Bruce Ward were set to be executed Monday night and had been granted stays by the state Supreme Court. The state decided not to challenge the stay for Ward but the U.S. Supreme Court was weighing whether to allow Davis to be put to death.

The state scheduled the executions to occur before its supply of midazolam expires at the end of the month, and Arkansas has not found a new supplier of the lethal injection drug.

Separately, a federal appeals court overturned U.S. District Judge Kristine Baker’s decision to halt the executions over the use of midazolam, which has been used in flawed executions in other states, but the Arkansas Supreme Court’s stays remain in place.

A little over an hour later, the state Supreme Court lifted a judge’s ruling that had effectively blocked the executions by prohibiting the state from using its supply of vecuronium bromide, one of the other lethal injection drugs. A medical supply company said it was misled by the state and that the drug was sold for medical purposes, not executions.

The state Supreme Court voted 4-3 to grant stays for Davis and Ward. The inmates wanted stays of execution while the U.S. Supreme Court takes up a separate case concerning access to independent mental health experts by defendants. The U.S. high court is set to hold oral arguments on that request April 24.

Three Arkansas justices dissented, with Associate Justice Shawn Womack writing that Ward and Davis “had their day in court, the jury spoke, and decades of appeals have occurred. The families are entitled to closure and finality of the law.”

The inmates’ attorneys argued that their clients were denied access to independent mental health experts, saying Ward has a lifelong history of severe mental illness and that Davis has an IQ in the range of intellectual disability.

“This decision was not unanimous and the dissenting opinions reflect the harm the delays cause the families of the victims and it also expresses my frustration in the continued delayed justice,” Gov. Asa Hutchinson, who set the execution dates, said in a statement.

Davis was sentenced to death for the 1990 death of Jane Daniel in Rogers. The woman was killed in her home after Davis broke in and shot her with a .44-caliber revolver he found there. Davis came within six hours of execution in 2010 before he was spared by the state Supreme Court.

The Arkansas high court already had issued one stay for Ward after a Jefferson County judge said she didn’t have the authority to halt Ward’s execution. Ward’s attorneys have argued he is a diagnosed schizophrenic with no rational understanding of his impending execution.

The back-and-forth with the courts came as the state seeks to execute eight prisoners before its supply of the sedative midazolam expires at the end of the month. If court proceedings are pushed into May, Arkansas won’t be able to carry out the executions with the drugs it has on hand.

The state was still moving forward with plans to conduct the Monday night executions in the event that all stays were lifted, with Davis being served his last meal of fried chicken, rolls, beans, mashed potatoes and strawberry cake.

The eight inmates also asked the U.S. Supreme Court for a stay until the high court rules on their request to reconsider whether to weigh in a state court decision upholding Arkansas’ lethal injection law.

It’s unclear whether the state may face additional challenges over its execution drugs. McKesson, the supplier that sued Arkansas to try and block the use of the vecuronium bromide, asked to drop its case after Baker’s order but has left open the possibility it may refile its lawsuit if executions move forward.

Meanwhile, the Arkansas Supreme Court also barred a state judge who blocked the multiple execution plan from taking up any death penalty related cases after he participated in a protest where he appeared to mimic a death row inmate about to receive a lethal injection. Justices reassigned any death penalty cases from Pulaski County Circuit Court Judge Wendell Griffen, who banned the state from using the vecuronium bromide obtained. After issuing the order, Griffen participated in an anti-death penalty demonstration where he was strapped to a cot. The high court asked a disciplinary panel to consider whether Griffen violated the code of conduct for judges and the state Supreme Court lifted the stay he had imposed.