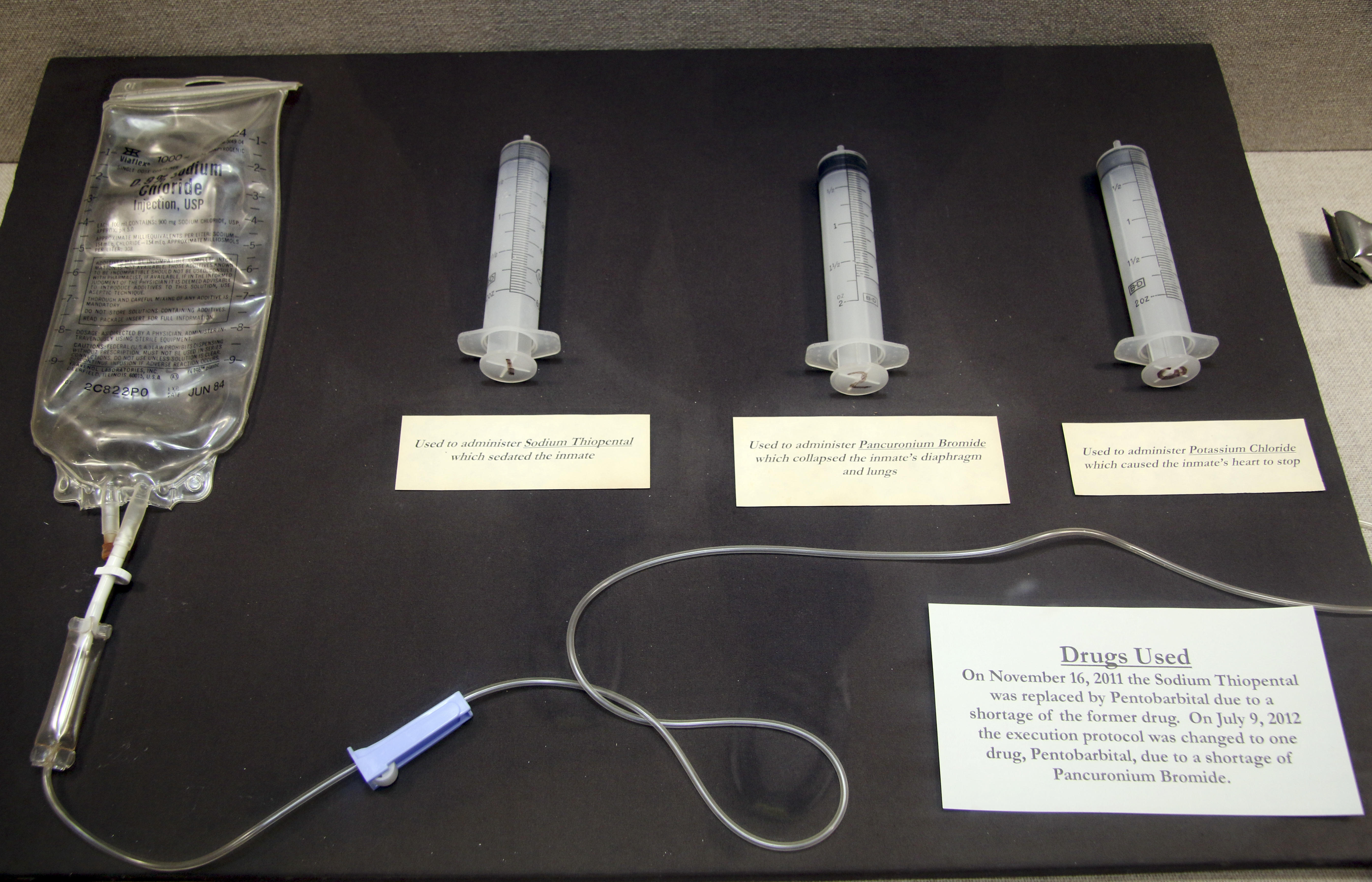 LITTLE ROCK, Ark. -- Arkansas inmates who had been set for execution in a series of double executions this month said Sunday that a federal appeals court should take up their claim that the compressed timetable would violate “evolving standards of decency.”

U.S. District Judge Kristine Baker granted the inmates stays of execution on Saturday, but she rejected their arguments that too little time between executions violated their constitutional rights. Arkansas originally planned to execute eight inmates between Monday and April 27 because its supply of one of the three execution drugs, midazolam, expires on April 30 and the state says it does not have a supplier to replenish it.

Lawyers for the state appealed immediately with the hope of beginning the executions Monday. In its filing Sunday, the inmates’ legal team said the 8th U.S. Circuit Court of Appeals should review Baker’s decision to reject part of their arguments.

The lawyers said it was wrong for Baker to write that the inmates “did not establish a significant possibility of success on the merits on their claim that the compressed execution schedule is contrary to the evolving standards of decency.”

Baker had said that while the Supreme Court has made reference to evolving standards, particularly when “punishments are so disproportionate as to be cruel and unusual,” the Arkansas death row inmates were unlikely to prevail.

The attorney general’s office says it will respond to the filing after full arguments are put before the appeals court.

A different federal judge has issued a stay for one of the eight condemned prisoners and the state Supreme Court has issued one for another inmate. The six remaining executions are on hold because of Baker’s order and because a state circuit judge in Little Rock ordered the state to not use a lethal injection drug until questions are settled on how the state obtained it.

That judge, Pulaski County Circuit Judge Wendell Griffen, has come under fire for taking part in anti-death penalty protests the same day after issuing his order stopping the use of the drug.

Arkansas has asked that the state Supreme Court reverse its decision halting the execution of Bruce Earl Ward, which was set for Monday. If it fails there, it can appeal to the U.S. Supreme Court. The state is also seeking to overturn Griffen’s order regarding the state’s supply of vecuronium bromide.

The 8th Circuit could take up the appeal of Baker’s order at any time. Any decision there would likely also be appealed to the U.S. Supreme Court.

On Sunday, a federal judge in western Arkansas rejected a separate stay request from death row inmate Don Davis, who was originally scheduled to be put to death Monday. But the ruling did not change the situation because Baker’s order had already halted all the executions.