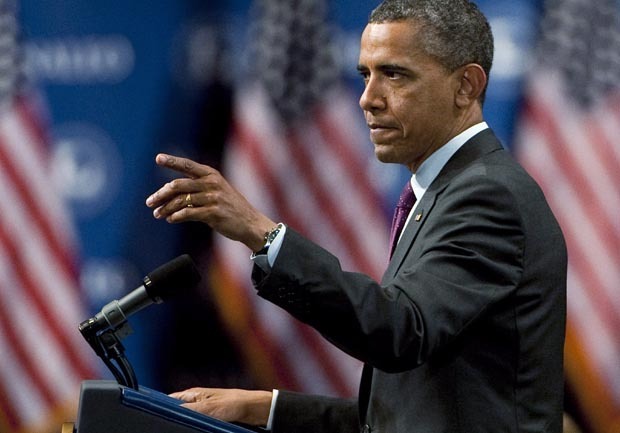 (CBS News) The Supreme Court's decision on Monday to throw out most of Arizona's immigration law has multiple political upsides for President Obama: The nature of the ruling could mobilize Latinos, a traditionally Democratic voting bloc, and it gives some validation to Mr. Obama's recent deportation policy change.

The court ruling also has one glaring downside for the president: It underscores his failure to keep his promise and pass comprehensive immigration reform, even when he enjoyed Democratic majorities in both the House and the Senate.

In the current environment of constant partisan gridlock, it's highly unlikely Congress will act on any sort of immigration reform in the coming year. But during the election season, both sides of the aisle could seize on the high-profile Arizona decision to put a renewed focus on the issue.

"I think this case, as well as election year politics and public interest in the subject will keep comprehensive immigration reform on the front burner for some time," said Kevin Johnson, dean of the University of California at Davis School of Law.

But the way the court ruled -- Chief Justice John Roberts sided with the more liberal members of the court to throw out three of the law's provisions -- underscores the challenges the issue presents. "The issue of immigration is not just easily categorized as liberal versus conservative, but is a much more complex issue, for the nation as well as the justices, to address," Johnson said.

That may be why Mitt Romney in his initial response to the decision Monday did not really comment on whether or not he supported the law. Instead, he chose to focus on the fact that Arizona passed the law -- known as S.B. 1070 -- after Mr. Obama failed to act himself.

"Today's decision underscores the need for a president who will lead on this critical issue and work in a bipartisan fashion to pursue a national immigration strategy," Romney said in a statement. "President Obama has failed to provide any leadership on immigration."

Later in a meeting with donors, Romney added, "I would have preferred to see the Supreme Court give more latitude to the states, not less."

(Watch Arizona Gov. Jan Brewer argue Arizona had no choice but to act in the absence of federal immigration reform.)

Indeed, in the majority opinion, Supreme Court Justice Anthony Kennedy wrote, "With power comes responsibility, and the sound exercise of national power over immigration depends on the Nation's meeting its responsibility to base its laws on a political will informed by searching, thoughtful, rational civic discourse. Arizona may have understandable frustrations with the problems caused by illegal immigration while that process continues, but the State may not pursue policies that undermine federal law."

Mr. Obama, for his part, said on Monday he is "pleased" the court struck down some of the law's key provisions. He also acknowledged that the court's ruling put the responsibility for immigration law squarely in the federal government's hands. "I will work with anyone in Congress who's willing to make progress on comprehensive immigration reform," he said.

While he's failed to pass an immigration bill, Mr. Obama noted in his statement that he recently reformed his deportation policy to allow certain qualified, undocumented youth to stay in the country and apply for work permits -- a move hailed by Latino and immigrant advocates.

"We will continue to enforce our immigration laws by focusing on our most important priorities like border security and criminals who endanger our communities, and not, for example, students who earn their education," Mr. Obama said.

The court's ruling today, by making the federal government chiefly responsible for immigration enforcement, could help support Mr. Obama's decision to act unilaterally, according to Professor Michael Scaperlanda of the University of Oklahoma College of Law.

"One of the criticism was that he was abusing his executive power," Scaperlanda said. However, "There's language in the [Supreme Court majority] opinion that the executive has broad discretionary powers with regard to the enforcement of immigration."

(Watch President Obama on June 15 announce that his administration will stop deporting and begin granting work permits to illegal immigrants who came to the U.S. as children.)

Meanwhile, while the court struck down three provisions of the Arizona law, it upheld the most controversial aspect of it -- the provision requiring local law officials to check a person's immigration status if there's suspicion that person is in the country illegally. Opponents say this part of the law will lead to discrimination against minorities.

Mr. Obama said he remains "concerned about the practical impact" of the provision the court upheld. "No American should ever live under a cloud of suspicion just because of what they look like," he said.

Latino and immigration advocates plan to use the issue to galvanize voters this November -- a move that will surely help the president, since Latinos are reliably Democratic voters. Furthermore, Romney has the disadvantage of being associated with Kansas Secretary of State Kris Kobach, one of his campaign advisers who helped author the Arizona immigration law.

Deepak Bhargava, executive director of the Center for Community Change, said in a conference call with reporters that his organization is helping orchestrate a "massive" voter registration and get-out-the-vote effort this year.

"It is critical people show up at the polls and reject the politics of hate and fear and division," Bhargava said.

Added Eliseo Medina of the Service Employees International Union, "With our growing numbers at the ballot boxes across this country in November, we will ensure that this hostile era of public policy based on discrimination and hatred will be replaced by fair and just solutions for all of America."

Alfonso Aguilar, executive director of the Latino Partnership for Conservative Principles, said the Arizona ruling will have a positive impact for Mr. Obama -- but it will be blunted by the fact that the Democratic president has deported a record number of undocumented immigrants.

"Obama's deportation policy is much more punitive than the Arizona law," Aguilar said in a statement. "Arizona police under the remaining provision of SB1070 can continue to detain undocumented immigrants, but it cannot deport them. Only the federal government can do that and Obama is doing it, massively and systematically."

Romney and Republicans, meanwhile, should seize the court ruling as an "Aha moment," Aguilar said.

"This is an opportunity for Romney and other conservatives who have been ill-advised or who have remained quiet on the issue to say, 'Ok, we understand the Supreme Court decision, we abide it -- now it's time to stop listening to the restrictionists in the GOP who have hijacked this issue," he said. "Let's stop listening to restrictionists like Kris Kobach and let's reclaim this issue."