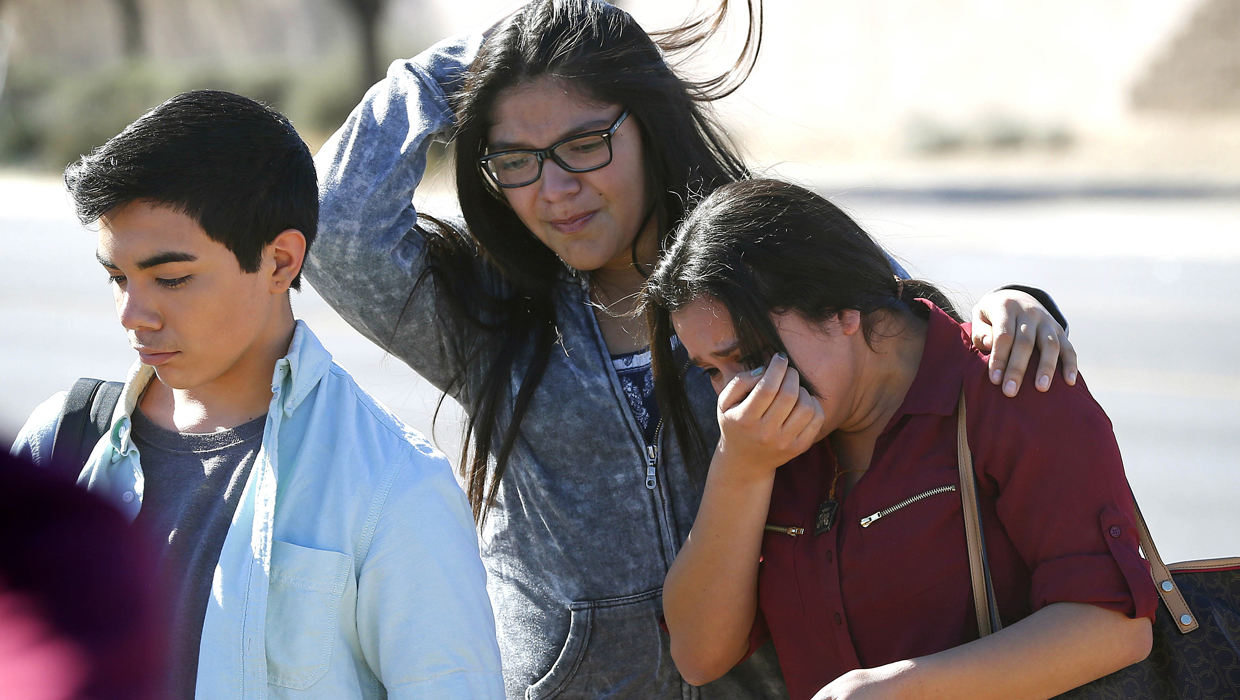 Counselors were available throughout the morning for students, as well as their families at Independence High School in Glendale, according to a statement issued by Principal Rob Ambrose.

Investigators recovered a weapon and a suicide note, but police did not release the contents of the note.

Police have not yet released the names of the students, citing their age. But Phuong Kieu, a science teacher at the school, told multiple media outlets Friday that one of the victims was her sister, May Kieu.

Phuong Kieu told Phoenix TV station KNXV she was trying to find out where her sister was when a vice principal took her out of her classroom.

"That's when they told me - the policemen, the detectives - that my sister's gone. They confirmed it and she's not coming back," Phuong Kieu said while wiping away tears.

The teacher said her younger sister was nice to everyone and had a bright future. She set up a GoFundMe page to raise money for funeral expenses. As of Saturday afternoon, the site received more than $11,000 in donations.

Police say nobody witnessed the shooting, but the incident initially caused widespread panic among parents who could not reach their children, and the school was put on lockdown. Hundreds of worried parents crowded the parking lots of nearby discount and convenience stores awaiting information about their children. The lockdown was lifted after several hours.