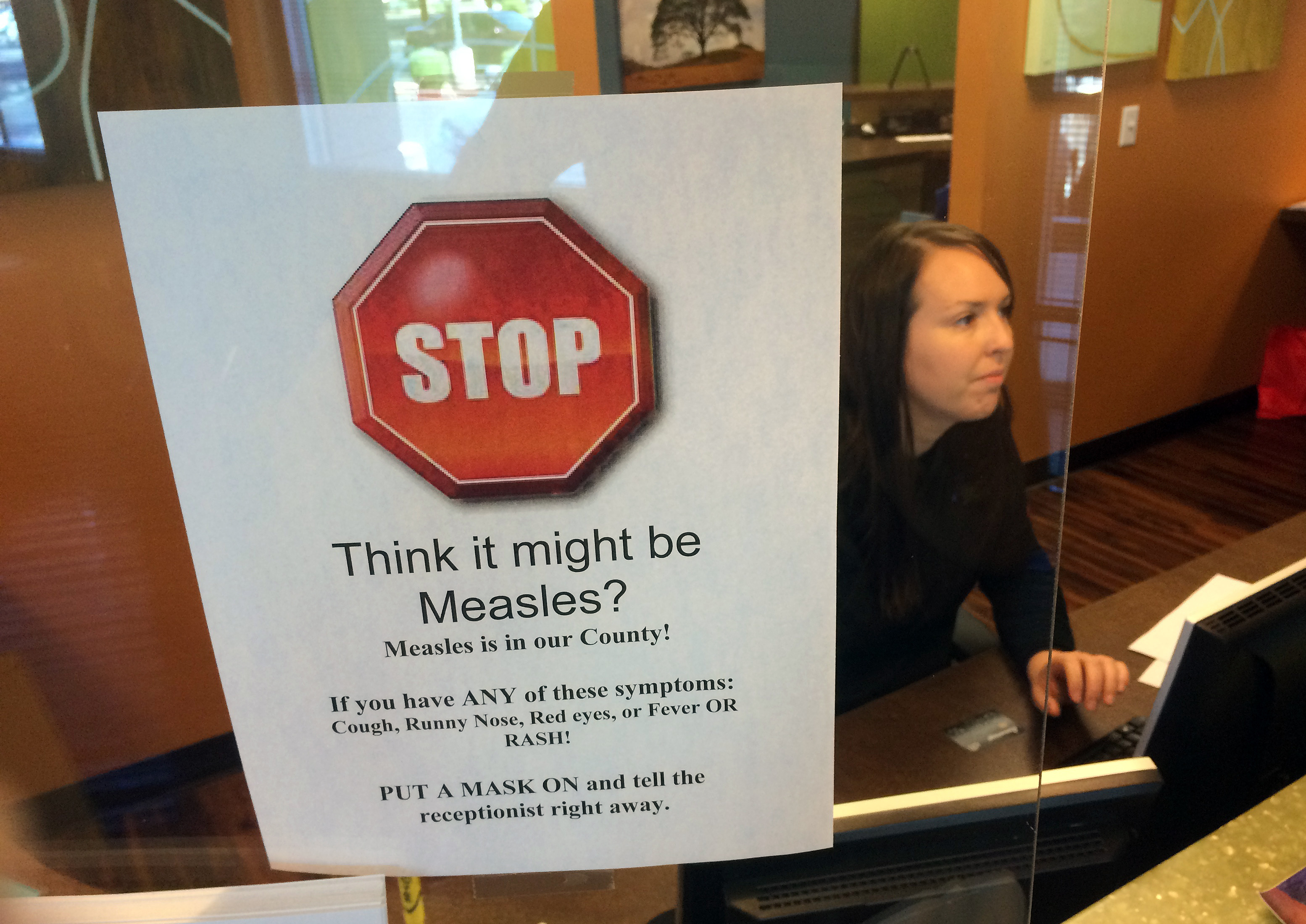 TUCSON, Ariz. (AP) -- Health officials in Arizona say the largest current measles outbreak in the United States is in part because some workers at a federal immigration detention center refuse to get vaccinated.

Authorities have confirmed 22 measles cases in Arizona since late May. They all stem from the Eloy Detention Center, an Immigration and Customs Enforcement facility managed by the private Corrections Corporation of America.

Pinal County health director Thomas Schryer said the outbreak likely began with a migrant but that detainees have since been vaccinated. Convincing employees to get vaccinated or show proof of immunity has proven much tougher, he said.

"And so they're actually the ones that are passing along the measles among each other and then going out into the community," Schryer said.

The facility includes about 350 CCA employees and an unknown number of ICE staffers, although Schryer estimates it's about 100. ICE doesn't publicly release staffing levels, nor does it require employees to be immunized. There are currently over 1,200 detainees being held at the facility.

Yasmeen Pitts O'Keefe, an ICE spokeswoman, said the agency is working closely with health officials to monitor detainees and employees and that it instituted several measures to prevent the disease from spreading more, including providing immunizations, referring staffers to nearby clinics, handing out flyers and pamphlets on the dangers of measles and providing masks and gloves.

CCA, the Tennessee-based corporation that operates the facility, says most of its staffers have been vaccinated or shown proof of immunity. Those who have not are required to wear surgical masks or stay home.

Arizona Department of Health Services Director Cara Christ says the facility has been more responsive in the past few days and that a large number of CCA employees were immunized late last week. "Once they understand how important it is and the outcomes it can have on the community, they tend to cooperate. So we hope to get a cooperative response from ICE," Christ said.

Measles is highly contagious and preventable through vaccines. It was eradicated in the US in 2000. But the past couple of years have seen new cases in large part because of unfounded fears that the vaccination causes autism in children, Schryer said. The symptoms are usually mild but can be deadly in babies, who cannot be immunized until they're a year old.

Officials last year said that a massive measles outbreak that sprouted at Disneyland in California and spread to several other states was largely fueled by parents refusing to vaccinate children.

In Arizona, health officials are providing free vaccines, sending physicians to the detention center and providing educational outreach to staffers in an effort to contain the measles spread.

Schryer said officials were considering asking the Arizona governor to declare a state of emergency, although Christ said that might not be necessary.

Efforts to encourage immunization have been met with resistance in part because some people underestimate the danger of measles, Schryer said. One staffer spent about four days hospitalized after coming down with severe symptoms, he said.

"To trigger a four-day stay in the hospitals require that you be pretty darn sick. It's not really something to play with, and maybe they just underestimated the seriousness of it," Schryer said.