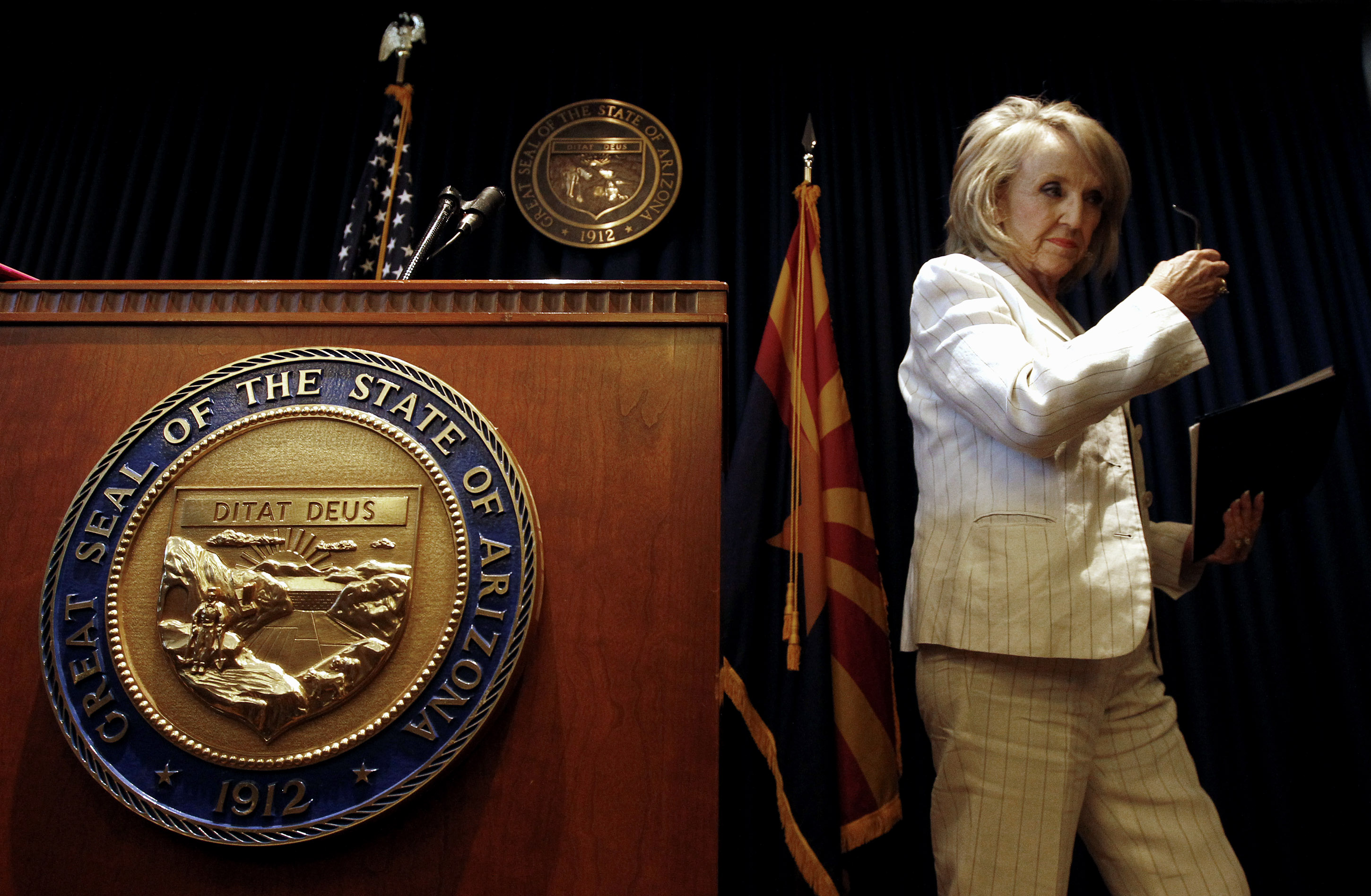 Gov. Jan Brewer, R-Ariz., has developed a reputation as an outspoken opponent of the president, but she's going to the mat to defend part of his signature health care law.

Brewer is one of the handful of Republican state leaders backing the optional expansion of Medicaid -- the joint federal-state program currently open to disabled and certain low-income people. Because of the Affordable Care Act, states in 2014 can open up Medicaid coverage to anyone below 138 percent of the poverty line.

Earlier this year, Brewer managed to win a fierce political fight with Republican lawmakers in her state to formally accept the Medicaid expansion in Arizona. Now, she's facing a lawsuit from the conservative Goldwater Institute over her attempts to expand the government health care program.

Representing most of the Arizona lawmakers who voted against the Medicaid expansion, the Goldwater Institute argues its implementation violates the state Constitution because it imposes a tax on hospitals yet failed to win the two-thirds support in the legislature that's necessary to impose taxes. The Brewer administration argues that the two-thirds rule doesn't apply in this case, the Arizona Republic reports.

Brewer is one of seven Republican governors backing the expansion of Medicaid, in spite of the ongoing, highly-partisan debate over Obamacare. Earlier this month, the Michigan House sent a bill to Gov. Rick Snyder, R., approving the expansion, while Gov. Chris Christie, R-N.J., in June signed a budget that would accept federal funding for expanding Medicaid in New Jersey (though he vetoed a bill to make the expansion permanent).

For these Republicans, the economic appeal of expanding Medicaid has trumped the politics. For the first two years, the federal government pays for 100 percent of the expansion. Starting in 2017, the states start chipping in, but they will never contribute more than 10 percent of the cost. Studies suggest states will save money by joining, by lowering the cost of covering uncompensated hospital bills for the uninsured. If a state does choose to opt out, its citizens with incomes above 100 percent of the poverty line will be eligible for tax credits from the federal government to get insurance, but people below that threshold will remain the state's responsibility.

All told, as of Sept. 6, there are 19 states expanding Medicaid, with four more leaning towards the idea.

The nonpartisan Congressional Budget Office said in May that it expects Obamacare to increase the number of people enrolled in Medicaid and the Children's Health Insurance Program (CHIP) by 13 million by 2023. That accounts for around half of the 25 million expected to get coverage from the Affordable Care Act by 2023.