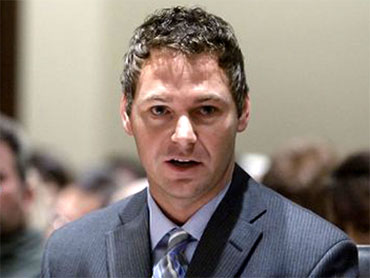 Arizona's sweeping new immigration law doesn't even take effect until next month, but lawmakers in nearly 20 other states are already clamoring to follow in its footsteps.

Gubernatorial candidates in Florida and Minnesota are singing the law's praises, as are some lawmakers in other states far from the Mexico border such as Idaho and Nebraska. But states also are watching legal challenges to the new law, and whether boycotts over it will harm Arizona's economy.

The law, set to take effect July 29, requires police to check the immigration status of anyone they think is in the country illegally. Violators face up to six months in jail and $2,500 in fines, in addition to federal deportation.

Lawmakers or candidates in as many as 18 states say they want to push similar measures when their legislative sessions start up again in 2011. Arizona-style legislation may have the best chance of passing in Oklahoma, which in 2007 gave police more power to check the immigration status of people they arrest.

Bills similar to the law Arizona's legislature approved in April have already been introduced in Pennsylvania, Rhode Island, Minnesota, South Carolina and Michigan, but none will advance this year.

Business, agriculture and civil rights groups oppose such legislation, saying legal residents who are Hispanic would be unjustly harassed and that immigration is a federal rather than a state responsibility. Supporters say police will not stop people solely on the basis of skin color and argue that illegal immigrants are draining state coffers by taking jobs, using public services, fueling gang violence and filling prisons.

"If the feds won't do it, states are saying, 'We're going to have to do it,'" said Idaho state Sen. Monty Pearce. Pearce's second cousin is the author of the Arizona law, Arizona state Sen. Russell Pearce, who like Monty Pearce is a Republican.

The debate is putting pressure on Congress and the Obama administration to act. In 2007, when states like Idaho and Kansas were making English their official languages as part of an immigration-related push, then-President George W. Bush failed to persuade even many Republican allies in the U.S. Senate to agree to combine increased border enforcement with a path to citizenship for illegal immigrants.

Mr. Obama is asking Congress for $600 million in emergency funds for 1,000 more Border Patrol agents, 160 new federal immigration officers and two unmanned aircraft, but immigration is not at the top of his priorities this year. An Associated Press-GfK poll this month found that 85 percent of people now rank immigration as an important issue, and about half disapprove of how Mr. Obama has handled it.

In Florida, Arizona's law is a campaign issue in the GOP gubernatorial primary, with millionaire Rick Scott trumpeting its merits and Attorney General Bill McCollum saying he backs the law but that it's not needed in his state. Meanwhile, Minnesota gubernatorial candidate Tom Emmer, the presumptive Republican nominee, called Arizona's bill "a wonderful first step."

Even lawmakers in states far from the U.S.-Mexico border say illegal immigration is hurting their constituents.

In Idaho, Monty Pearce cites one county that paid more than $100,000 for medical services for an indigent illegal immigrant. Supporters of a citizen initiative in Nevada say they're motivated by the state budget crisis and record unemployment.

And in Nebraska, where many Hispanics have found work at meatpacking plants, some blame illegal immigrants for draining community resources. Last week, the town of Fremont approved a ban on hiring or renting property to illegal immigrants.

State Sen. Charlie Janssen of Fremont plans to introduce a bill in 2011 based at least in part on Arizona's law. He said foes of illegal immigration must gird themselves for a fight from groups like the American Civil Liberties Union, which has vowed to sue over Fremont's measure.

"They shout 'racism' and try to bring down people who are trying to enforce our laws," said Janssen, a Republican in Nebraska's officially nonpartisan legislature. "It's their scare tactic."

William Gheen, president of the North Carolina-based Americans for Legal Immigration Political Action Committee, said the more states that sign on, the more likely Congress will be to act. Gheen has led a grassroots campaign to get legislatures to take up Arizona's bill and believes the topic could become the litmus test in an election year when people are already slamming Washington.

"Any candidate that wants to survive the bloodbath that's approaching this November needs to come out in support" of Arizona's law, Gheen said. He sends regular e-mail messages urging about 30,000 recipients to contact their legislators to support similar bills.

Gheen claims that at least 18 states may pass Arizona-style reforms, but the National Conference of State Legislature calls this more a "wish list" than a reflection of likely success. In Pennsylvania, for instance, the issue is being pushed mostly by a single lawmaker.

There has been little sign that the other three states that border Mexico will follow Arizona's lead. California, New Mexico and Texas have long-established, politically powerful Hispanic communities, and have seen less illegal immigration than Arizona since the 1990s, when the U.S. government added fences, stadium lights and more agents to the border in California and Texas.

Arizona, a state of 6.6 million with an estimated 486,000 illegal immigrants, has been affected by the issue more than other states, said Ann Morse, who heads the National Conference of State Legislature's Immigrant Policy Project.

In three years, U.S. Border Patrol agents in Arizona arrested nearly 1 million illegal immigrants, about half of all arrests on U.S. borders. More slipped past, fueling a smuggling industry that has been blamed for a steady rise in kidnappings and immigrant safehouses.

Vivek Malhotra, advocacy and policy counsel for the ACLU, said she thinks the threat of Arizona-style legislation will continue to be a rallying cry into 2011, but believes many states ultimately won't follow through for fear of repercussions.

City councils in Los Angeles, Sacramento, Calif., and Bloomington, Ind., are among the governments that have boycotted Arizona, refusing to do business with companies based there. Lawmakers in California are considering a plan for their state to follow suit.

"Nobody wants to see their state perceived as unwelcoming," said Malhotra, whose group is suing Arizona over its law.

Also lining up against state-by-state legislation are business and agriculture groups. Brent Olmstead, lobbyist for Idaho's $2 billion dairy industry, pledged to work to kill Arizona-style reforms in Idaho in 2011 just as he did to block past bills seeking to punish companies that hire illegal workers.

"The issue just gets more convoluted," Olmstead said. "It sends a message that the Latino and Hispanic population isn't wanted."