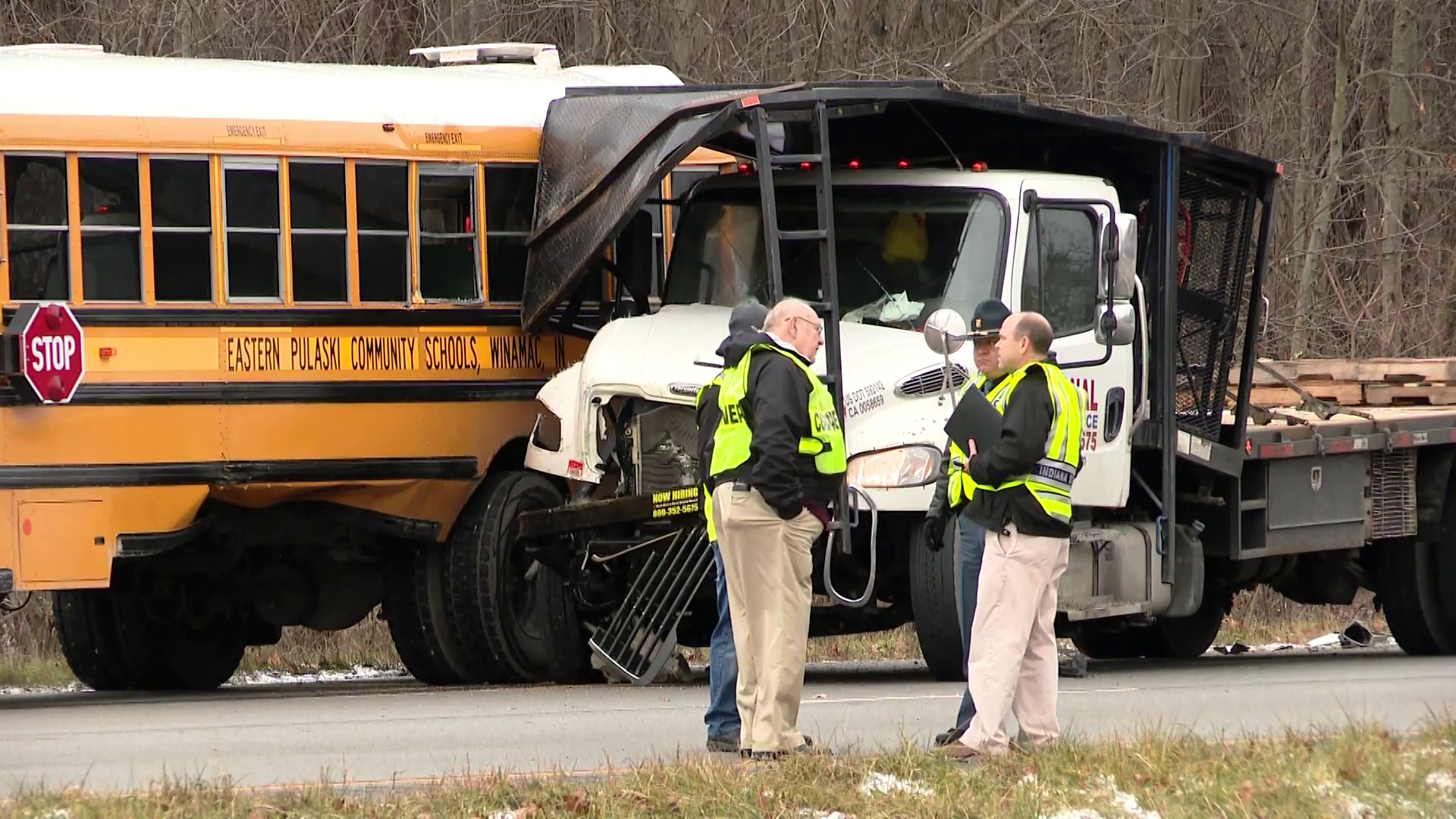 ARGOS, Ind. — A teenage boy was killed and another student was injured when a flatbed truck collided Wednesday in northern Indiana with a school bus carrying students on a field trip to see a Christmas musical, police said. The boy, who was seated in the left rear of the bus, died after the truck rear-ended the bus along U.S. 31, near the Marshall County town of Argos, about 30 miles south of South Bend, said Indiana State Police Sgt. Ted Bohner.

A 14-year-old boy who was injured in the crash was airlifted to a South Bend hospital, but his injuries were not believed to be life-threatening.

Bohner said the Marshall County coroner would release the name of the student who died once his relatives are notified. The coroner pronounced the boy dead at the scene.

The crash occurred shortly after 9 a.m. at a point where railroad tracks intersect U.S. 31. Bohner said. Preliminary information indicates the bus had just stopped at that crossing, as is required by Indiana law, and was starting to accelerate when it was struck in the left rear by the truck, which was towing a trailer.

Indiana State Police identified the driver of the truck as Perry Tylor, 26, of Camby, Ind. The bus driver is Cheryl Warner, 54, of Winamac, Ind.

Toxicology results are pending on the drivers of the bus and the truck. Police said weather was not believed to have been a factor in the crash.

"As a parent it breaks your heart," Bohner said.

The Eastern Pulaski Community School Corporation bus was carrying 38 students and three chaperones on a field trip to see a Christmas musical in the nearby city of Warsaw when the crash occurred, State Police said.

The remaining students were taken on another bus to a hospital in Plymouth to be evaluated and reunited with their parents. Officials told CBS Fort Bend affiliate WSBT-TV the hospital treated 22 of the students.

"It's terrible," Vickie Kaczmarek, whose five kids went through school system, told WSBT. "You don't think you see things, you think buses don't really go anywhere, but this was a field trip."

"It's just heartbreaking, heartbreaking for the whole community," said Michelle Parks, grandmother of kids that go to Pulaski. "You wonder about your own children and grandkids."

The crash comes about a month after a 9-year-old girl and her twin 6-year-old brothers were killed Oct. 30 near Rochester, about 15 miles south of Wednesday's crash scene. In the October crash, a pickup truck hit the children in a rural area before sunrise. The driver has been charged.