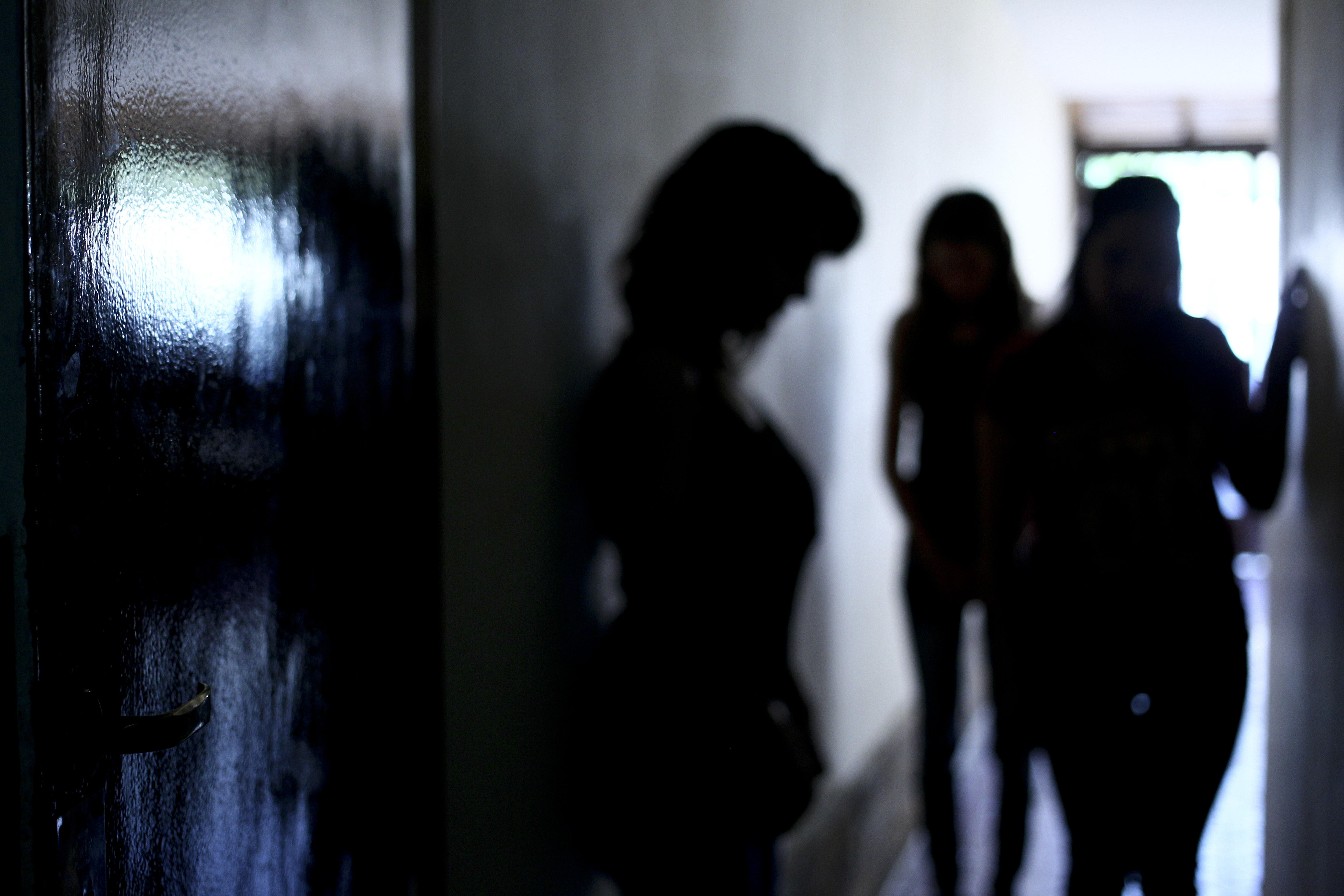 LUJAN DE CUYO, Argentina -- The children told prosecutors the two Roman Catholic priests repeatedly raped them by an image of the Virgin Mary inside the small school chapel in remote northwestern Argentina. Only their tormenters would have heard their cries because the other children at the school were deaf.

The clerical sex abuse scandal unfolding at the Antonio Provolo Institute for hearing impaired children in Mendoza province would be shocking enough on its own. Except that dozens of students in the Provolo Institute’s school in Italy were similarly abused for decades, some of whom allegedly by the same priest who now stands formally charged of raping and molesting young deaf Argentines.

And the Vatican knew about the Rev. Nicola Corradi since at least 2009, when the Italian Provolo students went public with tales of shocking abuse against the most vulnerable of children and named names. While the Vatican ordered an investigation and sanctioned four accused priests, Corradi apparently never was sanctioned for his alleged crimes in Italy.

The Verona diocese apologized to the Italian students in 2012. After the students again named Corradi as an abuser living in Francis’ native Argentina in a 2014 letter to the pope and the Verona bishop, the Vatican still took no action. Though this year a Vatican official said Pope Francis wanted to assure the victims that the church was taking measures to protect children and prevent sexual abuse.

But at least 24 students of the Provolo institute in Argentina have now come forward seeking justice for the abuse they say they suffered at the hands of Corradi, 82, another priest, the Rev. Horacio Corbacho, 55, and three other men. The five were arrested in late November by police who raided the school in Argentina’s Mendoza province and found magazines featuring naked women and about $34,000 in Corradi’s room.

All the suspects are being held at a jail in Mendoza and have not spoken publicly since their arrest. Corradi’s attorney, Pablo Kletzl, on Friday declined to comment on the case.

The school has “a little chapel with an image of the Virgin and some chairs where the kids would get confession and receive the communion. That’s where some of the acts were happening,” former lead prosecutor Fabrizio Sidoti told The Associated Press of the stories he heard from the alleged victims after the scandal broke.

Children from other regions of Argentina who lived at the dorms were said to be especially vulnerable and targeted often. The tales they have told are harrowing: One of the alleged victims told AP she witnessed how a girl was raped by one priest while the other one forced her to give him oral sex. The Argentine courts said the alleged victims in the case in that country could not be publicly identified and AP does not identify people who may have been sexually assaulted unless they voluntarily identify themselves.

“They always said it was a game: ‘Let’s go play, let’s go play’ and they would take us to the girls’ bathroom,” said one of the women who claims that she was abused at the school in Argentina.

The prosecutor is expecting more than 20 other people to provide testimony and more people claiming abuse to come forward.

Pope Francis has not spoken publicly about the case and the Vatican declined to comment on Corradi’s arrest.

Advocates of sex abuse victims by priests question how Francis could have been unaware of Corradi’s alleged misdeeds, given he was publicly named by the Italian victims starting in 2009 and most recently in 2014.

“No other pope has spoken as passionately about the evil of child sex abuse as Francis. No other pope has invoked ‘zero tolerance’ as often. No other pope has promised accountability of church superiors,” said Anne Barrett Doyle, co-director of BishopAccountability, an online resource about clerical abuse. “In light of the crimes against the helpless children in Mendoza, the pope’s assurances seem empty indeed.”

On Dec. 11, the pope appeared in a video using sign language to wish deaf people worldwide a Merry Christmas - a gesture that fell particularly flat in Argentina as Catholics struggle with the enormity of the Provolo scandal.

“Either he lives outside of reality or this is enormously cynical ... it’s a mockery,” said Carlos Lombardi, an attorney who specializes in canon law.

The Provolo case first exploded in Italy in 2009, when the Italian victims went public with stories of abuse after what they said were three useless years of negotiations with the diocese of Verona, where the institute has its Italy headquarters.

The 67 victims alleged sexual abuse, pedophilia and corporal punishment at the hands of priests, brothers and lay religious from the 1950s to the 1980s. At the time, 14 of the victims wrote sworn statements and videotaped their testimony detailing the abuse they suffered. They named 24 priests, lay religious and religious brothers in a list that was published online.

Corradi was one of those included in the list, which specified he was in Argentina at that time.

In 2010, the Vatican ordered the Verona diocese to investigate the claims. One of the victims identified Corradi.

The investigation results were sent to the Vatican. In a Nov. 24, 2012 letter, the Verona diocese wrote to the Provolo victims with the results of the Vatican-ordered inquiry and apologized.

A copy of the letter provided to the AP listed only five priests accused, four of them sanctioned with a fifth excused because of his age and Alzheimer’s. Some of the original 24 accused had already died, others had left the congregation. For those sanctioned, the Vatican ordered punishments including living a life of prayer and penance and being placed under surveillance away from children.

Corradi wasn’t among the five. But the Provolo victims didn’t stop pushing for investigation of other priests.

On Dec. 31, 2013, they wrote to the pope asking him to institute an independent commission of inquiry to investigate the charges of clerical sex abuse in Italy.

On Oct. 20, 2014, they wrote Francis and the Verona bishop naming 14 priests and lay religious from the institute who were still alive and in ministry who allegedly had sexually abused them. They named Corradi, and noted that he and three others were in Argentina.

“We must point out that the behavior of the church is not in the least bit in line with the ‘zero tolerance’ stance of Pope Francis,” they wrote, listing the 14 priests and their current locations. “Such behavior makes us think that the church has no interest in the suffering provoked by priests who sexually abused deaf children, priests who continue to live their lives normally, priests who never apologized to victims, priests who never asked forgiveness and for whom the church itself attempts to let the time pass in hopes that everything is forgotten.”

No response was immediately received.

More than two years later, the Vatican’s No. 3 official, Monsignor Angelo Becciu, acknowledged receipt of the letters. In a Feb. 5, 2016, response, he said that as far as the Provolo victims’ request for a commission of inquiry was concerned, he had forwarded the proposal to the Italian Bishops’ Conference.

Becciu said in that letter that the pope wanted to assure the Provolo victims that the church was taking measures to protect children and prevent sexual abuse.

The Italian Bishops’ Conference didn’t respond to an email seeking comment on whether such a commission was under consideration.

“I’m convinced that some hierarchy covered this up. They sent the wolf to take care of the sheep,” said Alejandro Gulle, the chief prosecutor in Mendoza.

The Mendoza Archbishopric says it was unaware of the accusations against Corradi. “A religious man comes to a diocese and you trust the legitimate superior,” spokesman Marcelo De Benedectis said.

He said that allegations aired by the case have prompted the Mendoza diocese to take measures such as demanding a sworn statement from priests stating that they don’t have a history of violating canon or criminal law.

The Vatican’s Congregation for the Doctrine of the Faith has been informed about the Mendoza accusations, he added.

Viviana Avila, who teaches at the school, told the AP that among the professors “none of us suspected anything,” nor received any complaints from the students. She said the teachers finished classes at midday and never came near the dorms.

Unlike the Verona case, the alleged crimes in Mendoza have not expired due to the statute of limitations and could lead to up to 50-year jail sentences for a conviction.

A prosecutor is also probing accusations by a man who says he was abused at the Provolo Institute in the city of La Plata when Corradi first arrived in Argentina in the 1980s.

“We want justice to be served. We might be able to get long sentences. I hope they’re the maximum,” said Gulle, the Mendoza prosecutor. “But we’ll never compensate the spiritual damage suffered by these children.”