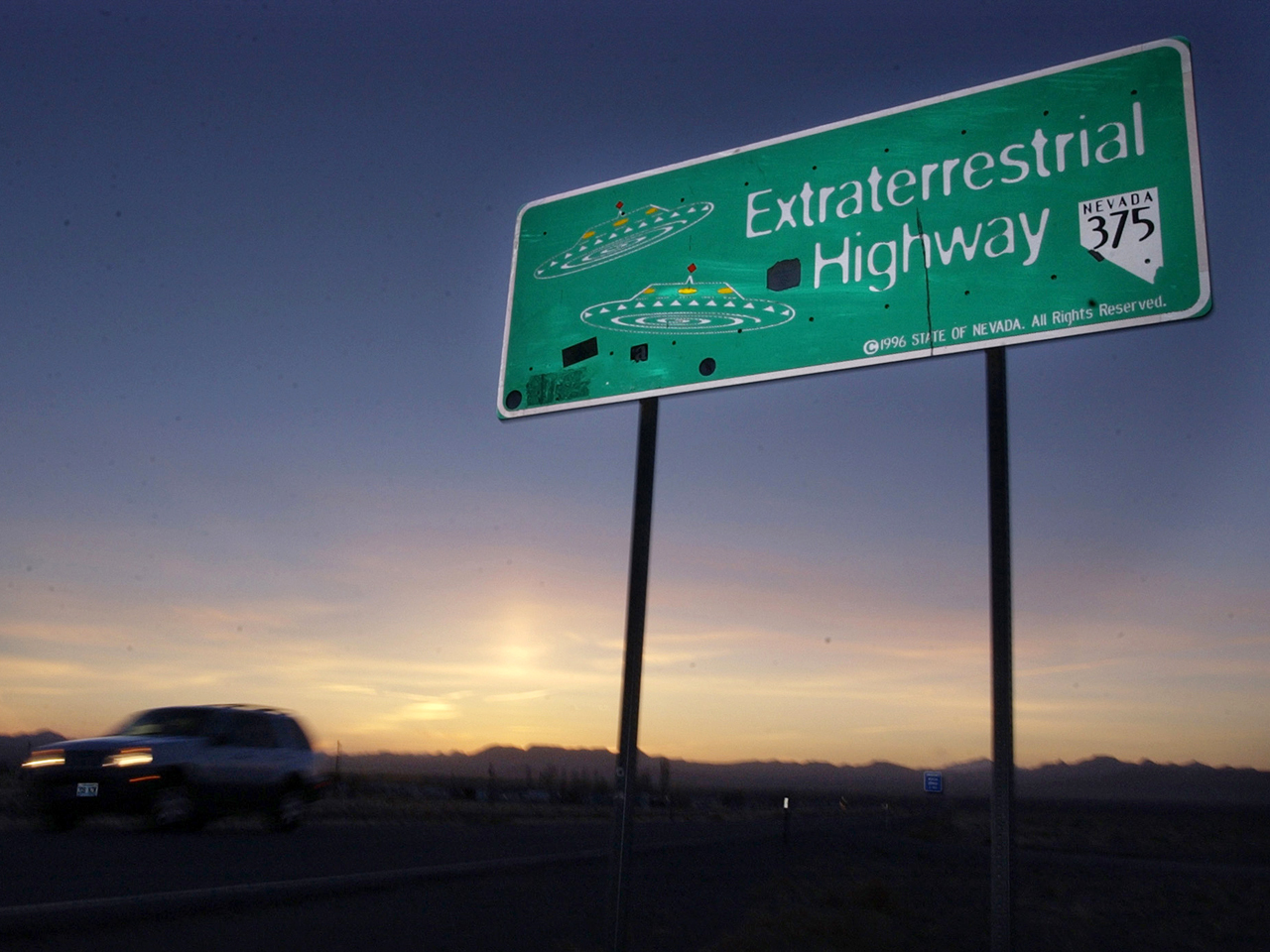 LAS VEGAS The CIA is acknowledging in the clearest terms yet the existence of Area 51, the top-secret Cold War test site that has been the subject of elaborate conspiracy theories about aliens and flying saucers for decades.

The CIA history released Thursday not only refers to Area 51 by name and describes some of the activities that took place there, but places the Air Force base on a map, along the dry Groom Lake bed.

It also describes some cool planes, though none of them are saucer-shaped.

"People have certainly known about the area and its relation to various secret aircraft programs," Richelson said.

It's not the first time the government has acknowledged the super-secretive, 8,000-square-mile installation. Former Presidents Bill Clinton and George W. Bush acknowledged the "location near Groom Lake" in insisting on continued secrecy, and other government references date to the 1960s

But those who are convinced "the truth is out there" are taking the document as a sign of loosening secrecy about the government's activities in the Nevada desert.

Barbara Mervine, who describes herself as part of the "UFO community," said the declassification of the documents is "quite important."

The site is known as Area 51 among UFO aficionados because that was the base's designation on old Nevada test site maps.

Beginning with the U-2 in the 1950s, the base has been the testing ground for a host of top-secret aircraft, including the SR-71 Blackbird, F-117A stealth fighter and B-2 stealth bomber. Some believe the base is also a storage site for alien vehicles, evidence from the "Roswell incident" and extraterrestrial corpses.

Even for those who do not believe, the mystery surrounding the site, situated about 100 miles northwest of Las Vegas, across miles of empty desert speckled with Joshua trees and sagebrush, has been a boon.

Small-town restaurants along State Route 375, officially designated the Extraterrestrial Highway, sell souvenir T-shirts to tourists making their way to the boundary of Area 51, which consists of a no-trespassing sign, a surveillance camera and an armed guard on a hill.