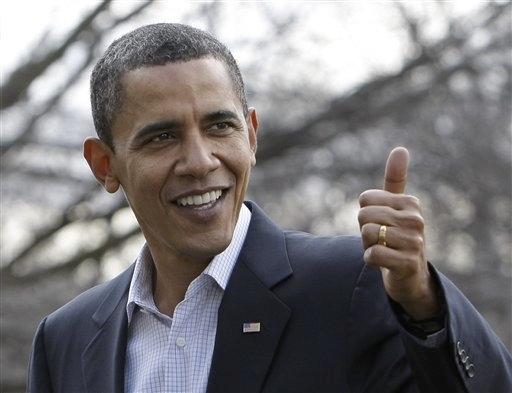 Too much cancer screening, too many heart tests, too many cesarean sections. A spate of recent reports suggest that too many Americans - maybe even President Barack Obama - are being overtreated.

Is it doctors practicing defensive medicine? Or are patients so accustomed to a culture of medical technology that they insist on extensive tests and treatments?

A combination of both is at work, but now new evidence and guidelines are recommending a step back and more thorough doctor-patient conversations about risks and benefits.

As a medical journal editorial said this week about Obama's recent checkup, Americans including the commander in chief need to realize that "more care is not necessarily better care."

Earlier colon cancer screening is sometimes recommended for high-risk groups - which a White House spokesman noted includes blacks. Doctors disagree on whether a virtual colonoscopy is the best method. But it's less invasive than traditional colonoscopies and doesn't require sedation - or the possible temporary transfer of presidential power, the White House said.

The colon exam exposed him to radiation "while likely providing no benefit to his care," Dr. Rita Redberg, editor of Archives of Internal Medicine, wrote in an online editorial. Obama's experience "is multiplied many times over" at a huge financial cost to society, and to patients exposed to potential harms but no benefits.

"People have come to equate tests with good care and prevention," Redberg, a cardiologist with the University of California at San Francisco, said in an interview Thursday. "Prevention is all the things your mother told you - eat right, exercise, get enough sleep, don't smoke - and we've made it into getting a new test."

This week alone, a New England Journal of Medicine study suggested that too many patients are getting angiograms - invasive imaging tests for heart disease - who don't really need them; and specialists convened by the National Institutes of Health said doctors are too often demanding repeat cesarean deliveries for pregnant women after a first C-section.

Last week, the American Cancer Society cast more doubt on routine PSA tests for prostate cancer. And a few months ago, other groups recommended against routine mammograms for women in their 40s, and for fewer Pap tests looking for cervical cancer.

Experts dispute how much routine cancer screening saves lives. It also sometimes detects cancers that are too slow-growing to cause harm, or has false-positive results leading to invasive but needless procedures - and some risks. Treatment for prostate cancer that may be too slow-growing to be life-threatening can mean incontinence and impotence. Angiograms carry a slight risk for stroke or heart attack.

Not all doctors and advocacy groups agree with the criticism of screening. Many argue that it can improve survival chances and that saving even a few lives is worth the cost of routinely testing tens of thousands of people.

The recent shift in focus reflects evolving research on the benefits and risks of screening. While some patients clearly do benefit from screening, others clearly do not, said Dr. Richard Wender, former president of the American Cancer Society.

These include very old patients, who may unrealistically fear cancer and demand a screening test, when their risks are far higher of dying from something else, Wender said.

"Sometimes it's kind of the path of least resistance just to order the test," he said.

Doctors also often order tests or procedures to protect themselves against lawsuits - so-called defensive medicine - and also because the fee-for-service system compensates them for it, said Dr. Gilbert Welch, a Dartmouth University internist and health outcomes researcher.

Some doctors think "it's always a good thing to look for things to be wrong," Welch said. It also has become much easier to order tests - with the click of a mouse instead of filling out forms, and both can lead to overuse, he said.

While many patients also demand routine tests, they're often bolstered by advertisements, medical information online - and by doctors, too, Welch said.

To some extent we've taught them to demand these things," he said. "We've systematically exaggerated the benefits of early diagnosis," which doesn't always improve survival. "We don't always tell people there might actually be downsides" to testing.

Jennifer Traig, an Ann Arbor, Mich., author of a book about hypochondria, says patients like her often think, "I'm getting better care if we're checking for more things."

Traig has had many costly high-tech tests, including an MRI and several heart-imaging tests, for symptoms that turned out to be nothing. She thinks doctors were right to order those tests, but that counseling could have prevented her from "wasting resources" and getting tests it turned out she didn't need.

The new guidance from the cancer society last week on PSA testing, echoing others' advice on mammograms, is for doctors and patients to thoroughly discuss testing, including a patient's individual disease risks, general pros and cons of testing and possible harms it may cause. Bruce Minsky, a University of Chicago cancer specialist who still favors routine mammograms for women in their 40s, said that emphasis is a positive trend.

"That to me is one of the greatest benefits," he said. "It enhances that communication between the physician and patient.