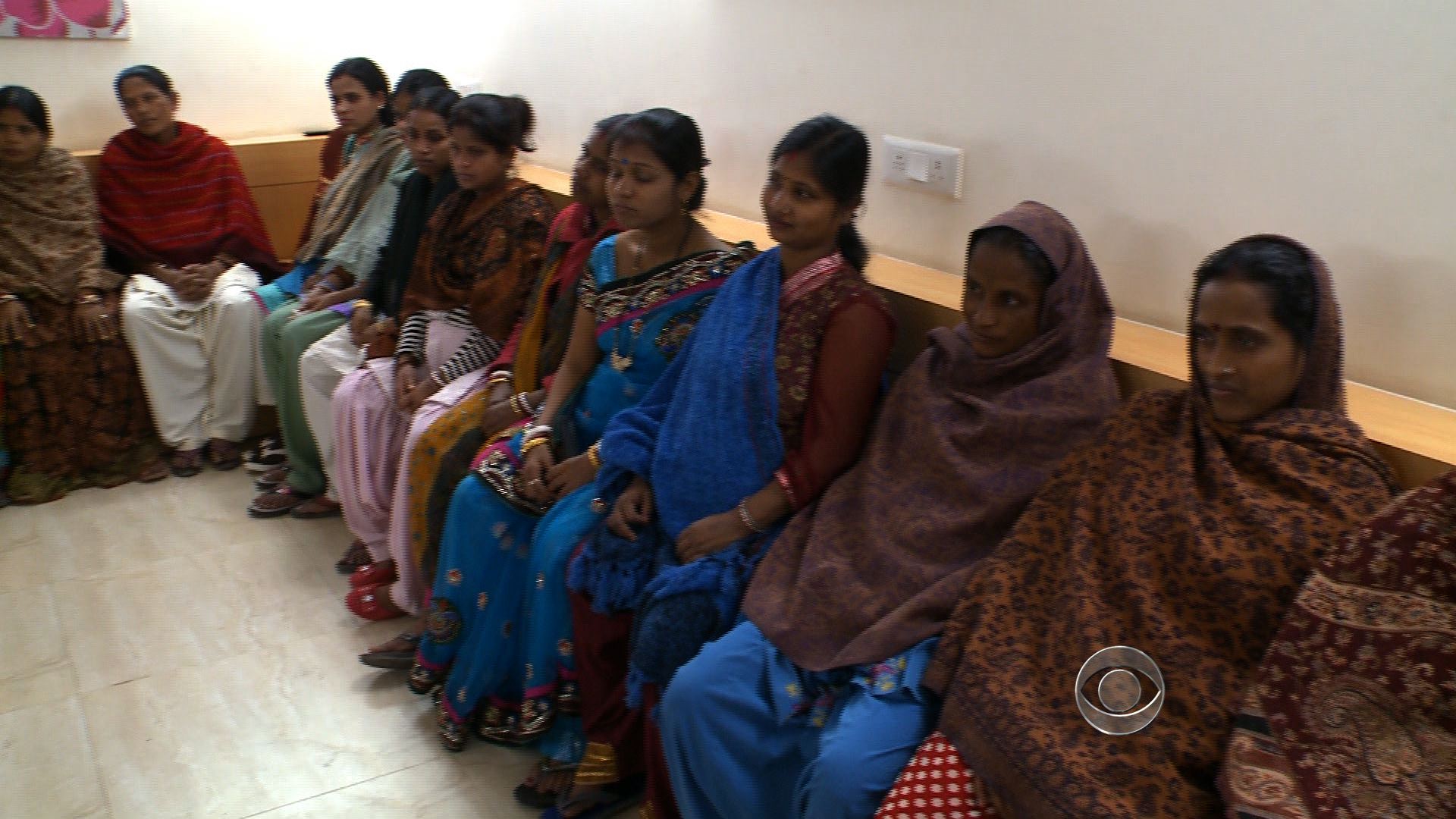 (CBS News) DELHI, India -- Hundreds of American couples are hiring women in India as surrogate mothers. For many couples, the only hope to create a child of their own is to fertilize an egg in a test-tube and implant it in a surrogate.

Indian clinics do that for a fraction of the usual cost. But it's an unregulated industry dependent on vulnerable women.

The procedure in which doctors implant an embryo into the womb of a surrogate mother is a delicate operation.

If all goes well, in nine months time, the surrogate will deliver a baby for a childless couple.

At a clinic in Delhi, nearly all of the clients are foreigners. The clinic is owned by Dr. Shivani Sachdev Gour.

"My first priority is to see what can I do to optimize their chances of success and to do everything that I possibly can," she said.

Dr. Gour's clinic is caring for more than 140 pregnant surrogates. The women are given counseling to prepare them to give up the babies they'll give birth to. They are paid around $6,000 each.

But the country's baby business has critics -- like Dr. Ranjana Kumari.

Dr. Kumari says there so many Indian women who want to do this because the country has so many poor women.

In India there are no laws that specifically protect surrogate mothers.

Kanku Ben Chavan supported her daughter Premila when she became a surrogate for an American couple last year at a clinic near their home. Then, eight months in, she suffered convulsions caused by the pregnancy.

Doctors managed to save the baby but Premila died. Her two young sons weren't entitled to a cent in compensation.

The American couple decided, voluntarily, to leave them $20,000.

Kanku Ben Chavan told us that her daughter was illiterate. She couldn't read the contract she signed to become a surrogate, and her family didn't understand what would happen if she died.

Dr. Ranjana Kumari says the industry needs to be regulated.

"The vulnerability of poverty is being exploited in this whole system -- it should be banned. It should not be allowed," she said.

Despite the risks, at Dr Gour's clinic there is a long line of women who want to be surrogates. They are put through medical tests and many are turned away.


Hema Pappurana counts herself lucky that she was accepted and is now seven months pregnant with a baby for an Australian couple.

She told CBS News she'll use the money she earns to put her son and daughter through college.

Hema sees surrogacy as an opportunity to help her family. Others see an industry that profits from the desperation and vulnerability of the very poor.

There are some clinics in India that give the surrogate mothers life insurance and medical care, even after the baby is born.

But other clinics don't provide this care. Their primary concern is the baby because that's where they make their money.

That's why a lot of people in India are now calling for regulations to protect surrogate mothers.