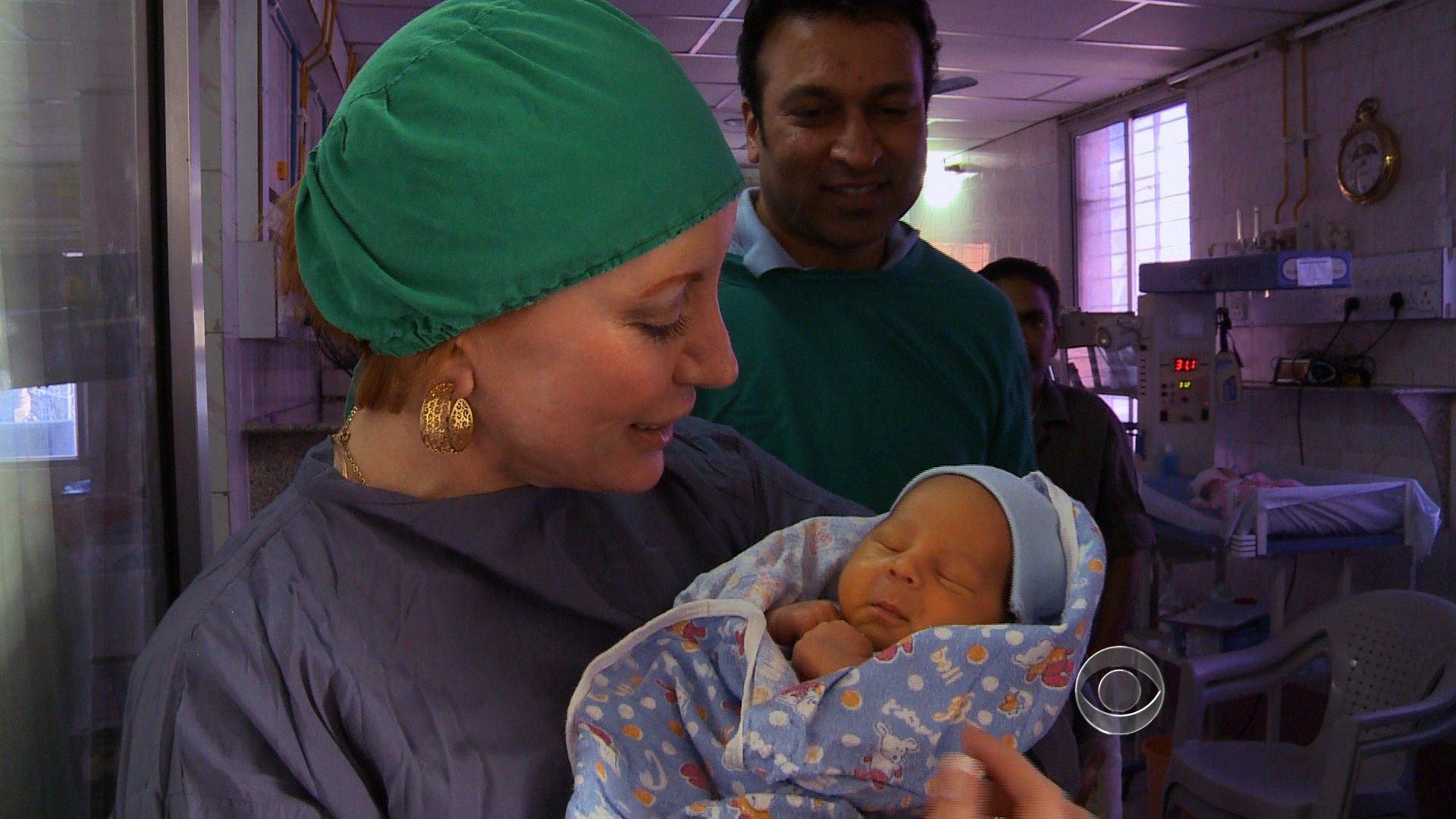 (CBS News) ANAND, India -- A lot of businesses go to India for inexpensive labor and it turns out American couples are doing the same. One village has become a center for cut-rate surrogacy, offering young women who will be carrying babies to term.

For some couples surrogacy is their only chance to create a child. Each year hundreds of Americans go to India for the service.

Dana and Sumanth Chandra have been trying to have a baby ever since they married 14 years ago in Chicago.

They believe their newborn son Ethan is a miracle -- because doctors in the United States told Dana she'd never have a child.

"I could just spend my entire life just standing right here," she says while looking at her baby son.

The couple finally realized their dream of starting a family by traveling 8000 miles to India -- the country where Sumanth grew up.

Ethan was born to a surrogate mother at a clinic in the dusty town of Anand -- a hub in India's multimillion dollar surrogacy industry.

An embryo created from the Chandra's own sperm and egg was implanted in an Indian woman -- who was paid to carry their child.

Their doctor -- Nayana Patel -- has helped more than 200 American couples have a baby.

"When you see a childless couple you understand how desperate, how frustrated they are. I mean, they are not living a life -- they are just like vegetables," said Dr. Patel.

India's booming surrogacy business is unregulated. A mistake in another clinic left one couple with a baby that wasn't theirs.

But surrogacy in India is cheap. At around $25,000 it is less than a quarter of what parents would pay in the U.S. The surrogates themselves earn just $8000.

At Dr. Patel's clinic it's compulsory for them to live in a hostel -- so that their pregnancies can be monitored. It's overcrowded -- and they're cut off from their families.

One surrogate mother, Meena Parmar, used to work as a housemaid making $30 a month. She's pregnant with a baby for an American couple and said the money she earns will pay for her own son's education.

The desperation of many poor surrogate mothers makes them vulnerable.

But are the surrogates protected legally? What are their rights?

"I would say that they have the right to terminate the pregnancy at any stage of pregnancy if they are not comfortable but in that case they'll have to pay the couple whatever money they have spent so far," said Dr Patel.

Dana and Sumanth Chandra worried about the unequal relationship with their surrogate.

"My biggest concern was I didn't want to take advantage of a woman who was desperately in need of money, physically not capable of doing this," said Dana.

"We kind of struggle with a lot of these kind of issues ourselves, kind of thinking are we taking advantage? Because obviously, we did it here because of financial reasons."


But in a country of dire poverty, some worry that India's surrogate mothers are ripe for exploitation.

The doctors CBS News spoke to all said this is a win-win arrangement: The couple gets a baby, the surrogate mother gets a life-changing amount of money. And often it does seem to work out just like that.

But the problem is that many of the surrogate mothers are desperately poor. Some of them are even illiterate. They've had no education and so there's a risk that some clinics could abuse that in this very lucrative industry.

U.S. reflects on yet another school shooting

CBS Weekend News, May 28, 2022
Thanks for reading CBS NEWS.
Create your free account or log in
for more features.
View CBS News In
CBS News App Open
Chrome Safari Continue
Be the first to know
Get browser notifications for breaking news, live events, and exclusive reporting.