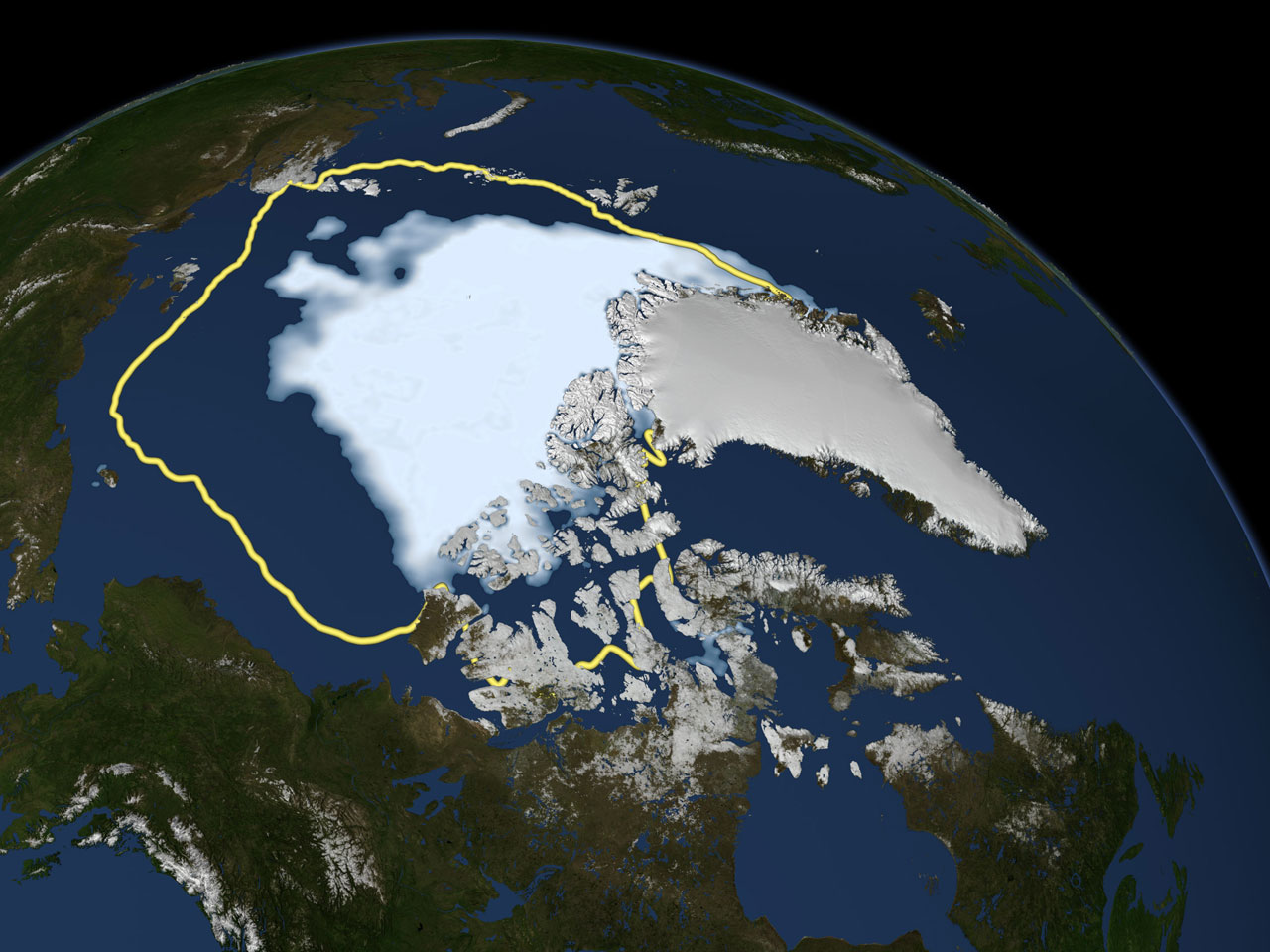 More Arctic sea ice survived the summer months in 2013 than it did in 2012. Arctic temperatures did not soar quite as high, and the ice sheets did not retreat as much.

To the naked eye, it might seem climate change is slowing. But taking climate science in one-year chunks is not effective, because there is always year-to-year variability.

More important, according to National Oceanic and Atmospheric Administration officials, is looking at overall trends.

"The Arctic caught a break, if you will, in 2013, but one year doesn't change the long-term trend toward a warmer Arctic," said Martin Jeffries, a University of Alaska geophysicist who is the science adviser to the U.S. Arctic Research Commission. Jeffries is the editor of NOAA’s 2013 report card on the Arctic.

"The Arctic has shifted to a new normal," Jeffries said at the American Geophysical Union scientific conference in San Francisco, where the 136-page report card was released on Thursday. While 2013 looks a tad cool compared with the last six years, it is unusually warm compared with the 20th century, he said.

Central Alaska's summer was one of the warmest on record, coming months after its coldest April since 1924, NOAA said. Fairbanks experienced a record 36 days of more than 80 degrees. And snow cover in May and June was near record low levels in North America and broke a record for the least snow in Eurasia.

But one of the biggest climate change indicators, summer sea ice, was not as bad as expected. Sea ice in 2013 reached its sixth-lowest level in the three decades that NOAA has been keeping track. That's up from the lowest ever in 2012.

But the seven lowest levels have all occurred in the last seven years.

The 2013 figure "is simply natural variability," said National Snow and Ice Data Center director Mark Serreze, who wasn't part of the NOAA report but praised it. "There is nothing about the year 2013 that provides any evidence that the Arctic is starting a path toward recovery."

He added: "Looking back 20 years from now, the world will be warmer and we'll have much less sea ice than today. We'll see that 2013 was just a temporary respite."

Average Arctic temperatures have increased 3.6 degrees since the 1960s, rising twice as fast as the rest of the world. The growing season has lengthened by nearly a month since 1982.

Fish species are moving north, permafrost is melting, and shrubs are greening in ways that weren't seen before. While some fish and muskox are doing better, other animals associated with Arctic, like polar bears and walruses, are not. The report cited severe declines in the size of reindeer herds.

"Many of the herds at the overall level are at all-time lows," said study co-author Michael Svoboda of the Canadian Wildlife Service. Jeffries and University of Virginia environmental scientist Howard Epstein, another study co-author, warned that changes in the Arctic reverberate around the globe.

White ice reflects solar energy, but because it is melting away, the oceans and the land are warming up more, Jeffries said.

He also cited a relatively new and evolving theory that is still dividing meteorologists. It says the loss of sea ice makes the jet stream meander and kink more, triggering more extreme weather in the Northern Hemisphere.