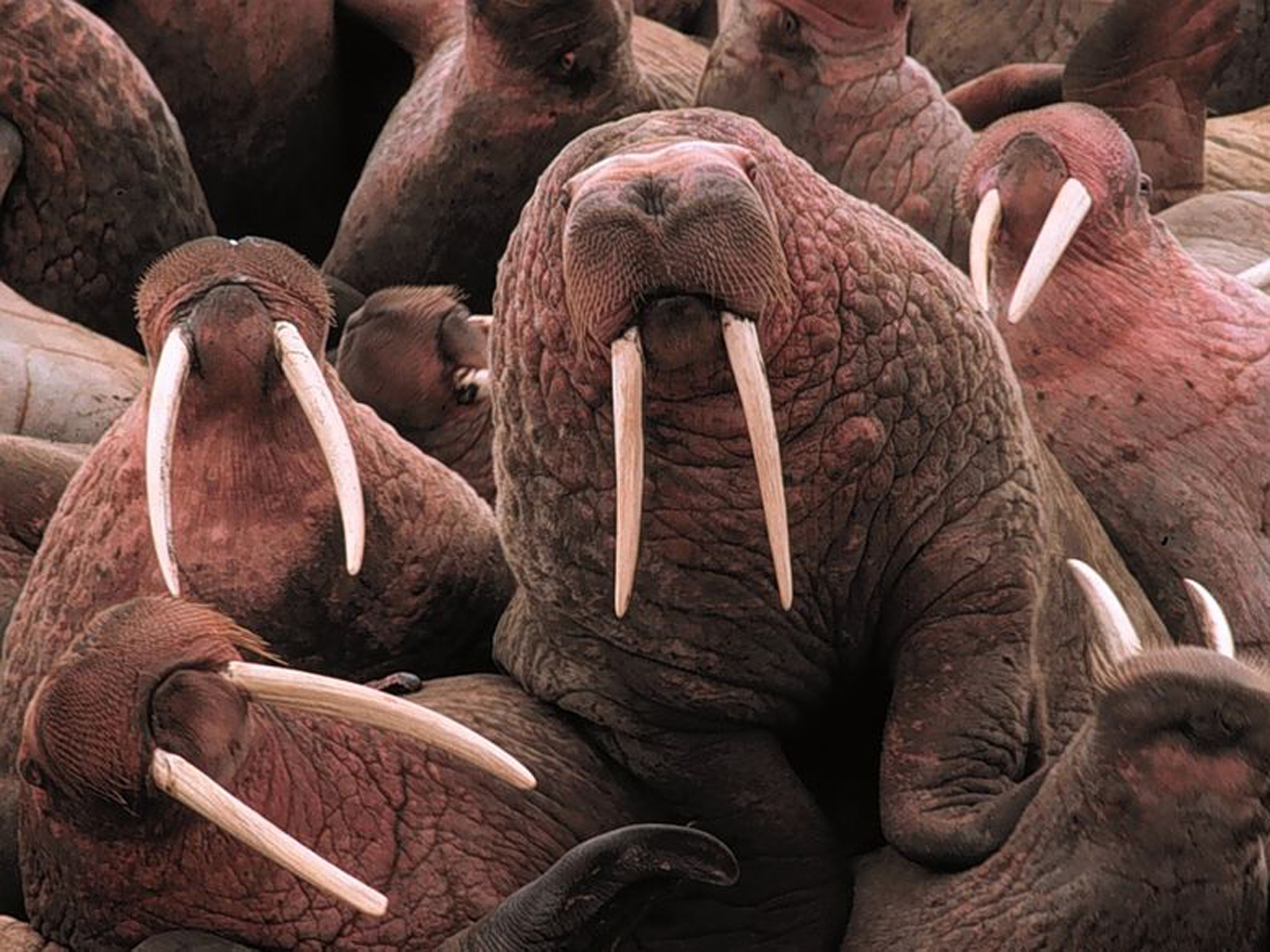 Melting sea ice and the earlier-than-normal movement of walruses has conservationists worried this year might bring another mass migration of the massive animals to shore.

While walruses have traditionally come onto land at times, researchers have seen them coming ashore in greater numbers, in new places, and at times not seen before, said Geoff York, senior program officer for Arctic species with the World Wildlife Fund Global Arctic Program.

Walruses feed on mollusks, clams and other animals they retrieve by diving to the seafloor. Normally, the walruses, particularly females with calves, rest on the drifting sea ice between food dives during the summer.

In recent years, these migrations have happened on an unprecedented scale, with walruses congregating in groups of more than 40,000 animals, according to York.

This can strain the local ecosystem as the animals feed in a concentrated location, and the cramped quarters can lead to stampedes that kill many, generally calves, leaving behind carcasses that can attract hungry polar bears, York said.

In 2009, 131 dead walruses were found near Icy Cape, Alaska, and in 2007, 500 dead individuals were found at a "mega haul-out" site near a Russian village. These mass migrations were first reported in 2006 in Russia, he said.

The extent of Arctic sea ice has been retreating for roughly 30 years, reaching a record low in 2007. This year, sea-ice extent is quite low, and may fall below even that recorded in September 2007, according to the U.S. National Snow and Ice Data Center.

Researchers from the United States Geological Survey have tagged 40 walruses in the southern Chukchi Sea this summer and are tracking their movements. Some have already reached the Alaskan shore from the remote sea ice.

"This year they are leaving the ice up to three weeks earlier than they have in previous years," York told LiveScience.

Over the last couple of years, the walruses have congregated along the Alaskan shore in the vicinity of Icy Cape and Point Lay, and they appear to be doing the same this year, he said.

Walruses aren't the only Arctic mammals threatened by retreating summer sea ice. A recent study found the loss of sea ice was forcing polar bears to swim longer distances, threatening the survival of their cubs.