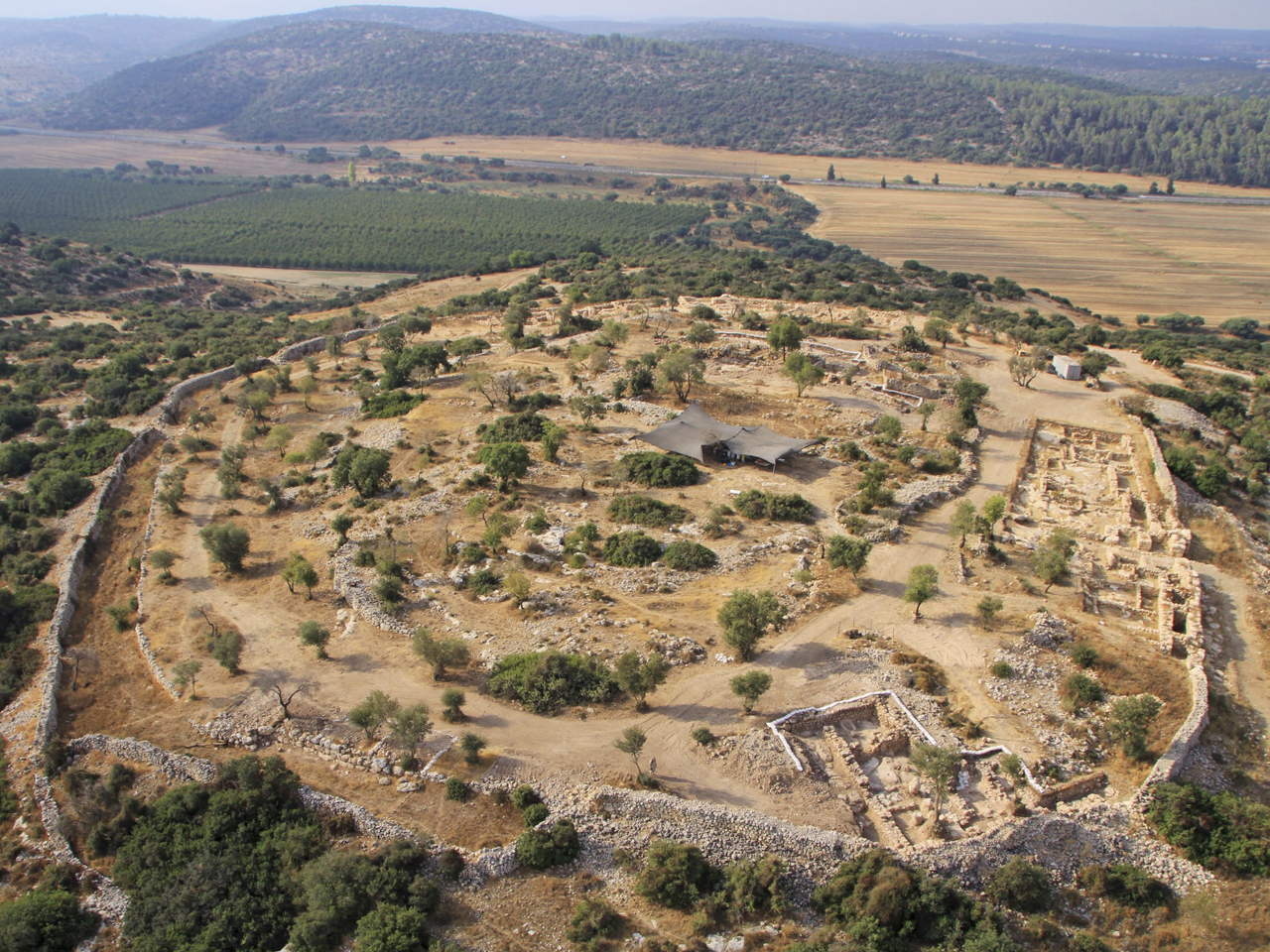 JERUSALEM A team of Israeli archaeologists believes it has discovered the ruins of a palace belonging to the biblical King David, but other Israeli experts dispute the claim.

Archaeologists from Hebrew University of Jerusalem and Israel's Antiquities Authority said their find, a large fortified complex west of Jerusalem at a site called Khirbet Qeiyafa , is the first palace of the biblical king ever to be discovered.

"Khirbet Qeiyafa is the best example exposed to date of a fortified city from the time of King David," said Yossi Garfinkel, a Hebrew University archaeologist, suggesting that David himself would have used the site. Garfinkel led the seven-year dig with Saar Ganor of Israel's Antiquities Authority.

Garfinkel said his team found cultic objects typically used by Judeans, the subjects of King David, and saw no trace of pig remains. Pork is forbidden under Jewish dietary laws. Clues like these, he said, were "unequivocal evidence" that David and his descendants had ruled at the site.

Critics said the site could have belonged to other kingdoms of the area. The consensus among most scholars is that no definitive physical proof of the existence of King David has been found.

Biblical archaeology itself is contentious. Israelis often use archaeological findings to back up their historic claims to sites that are also claimed by the Palestinians, like the Old City of Jerusalem. Despite extensive archaeological evidence, for example, Palestinians deny that the biblical Jewish Temples dominated the hilltop where the Al-Aqsa Mosque compound, Islam's third-holiest site, stands today.

In general, researchers are divided over whether biblical stories can be validated by physical remains.

The current excavators are not the first to claim they found a King David palace. In 2005, Israeli archaeologist Eilat Mazar said she found the remains of King David's palace in Jerusalem dating to the 10th century B.C., when King David would have ruled. Her claim also attracted skepticism, including from Garfinkel himself.

Using carbon dating, the archaeologists traced the site's construction to that same period. Garfinkel said the team also found a storeroom almost 15 meters (50 feet) long, suggesting it was a royal site used to collect taxes from the rest of the kingdom.

Garfinkel believes King David lived permanently in Jerusalem in a yet-undiscovered site, only visiting Khirbet Qeiyafa or other palaces for short periods. He said the site's placement on a hill indicates that the ruler sought a secure site on high ground during a violent era of frequent conflicts between city-states.

"The time of David was the first time that a large portion of this area was united by one monarch," Garfinkel said. "It was not a peaceful era."

Archaeologist Israel Finkelstein of Tel Aviv University agreed that Khirbet Qeiyafa is an "elaborate" and "well-fortified" 10th century B.C. site, but said it could have been built by Philistines, Canaanites or other peoples in the area.

He said there was no way to verify who built the site without finding a monument detailing the accomplishments of the king who built it. Last week, for instance, archaeologists in Israel found pieces of a sphinx bearing the name of the Egyptian pharaoh who reigned when the statue was carved.

Garfinkel insisted that critics like Finkelstein are relying on outdated theories.

"I think other people have a collapsed theory and we have fresh data," he said.