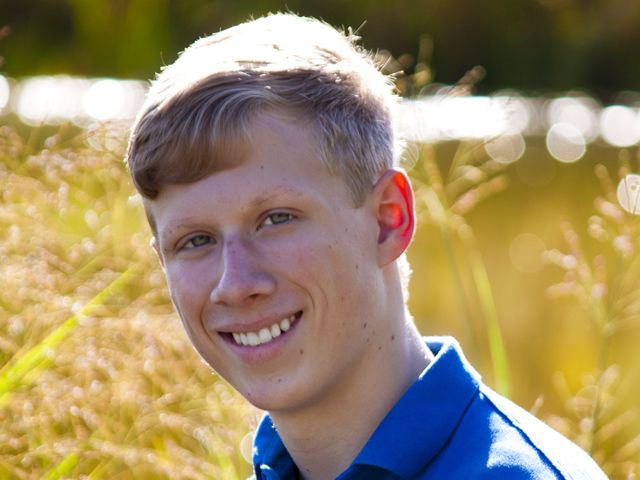 Cameron Rust, a security guard at Arapahoe High School who says he was placed on leave following a fatal Dec. 13 shooting on the Colorado school’s campus, wrote in a Facebook post Thursday that an 18-year-old gunman had been a “known threat” to the school for “a long time” and that school officials could have done more to prevent the tragedy.

Rust wrote that Karl Pierson had been caught looking at guns on the Internet in the school cafeteria, had written “questionable symbols” on his school work and was known to have “uncontrollable anger outbursts.”

Police say that on Dec. 13, Pierson entered through a door of the school that was propped open and fatally shot student Claire Davis before killing himself. Investigators believe his intended target was a speech coach who had disciplined him.

Rust claims he and other security guards at the school expressed concern to school administrators prior to the Dec. 13 shooting in regards to a death threat allegedly made by Pierson directly to speech coach Tracy Murphy, as well as “symbols” the teen drew on his math tests and his recurring use of the word “comrade.”

Texas man fights to save son, convicted of deadly attack on family, from execution

Rust also says the security team reported to school officials that Pierson was looking up guns on his computer in the school cafeteria and that the “administration came back and told the security team it was Karl’s personal computer and he can do what he wants.”

He said many of the complaints regarding Pierson were not recorded in the teen’s school file, and lists multiple incidents he says proves his point that school officials ignored warnings and acted inappropriately.

“'We will read about that kid [Karl] in the news someday, it just won’t be at Arapahoe,’” Rust quotes school officials as saying in one of his points.

Rust also says Pierson was sent home due to an “anger outburst to another teacher” on the day before the shooting.

Following the shooting, Rust says he was placed on paid leave and was banned from the Arapahoe High School campus.

“I was told the reason I was being treated differently [than other security guards and staff] was because I would not hug and walked away from Principal Pramenko during the Monday, December 16th staff meeting, and at Claire Davis’s Memorial Service,” Rust wrote.

He says he refused to hug the school’s principal Natalie Pramenko because of the prior knowledge he claims she had that could have prevented the shooting.

Rust says he feels the real reason he was banned from the school is because of the warnings he had detailed to school administrators prior to the incident.

“When the security team documented certain activity and issued to school Administration, we were reprimanded and told not to put things in writing. We were told not to bring so many problems or issues to the Assistant Principals as they are too busy,” Rust wrote.

“… The school had been warned, they did not do enough,” he wrote.