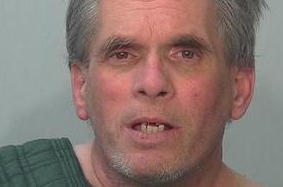 FORT WAYNE, Ind. -- The mother of an 8-year-old Indiana girl who was abducted, raped and killed in 1988 wants prosecutors to seek the death penalty against the man accused of the crimes. Allen County prosecutors on Tuesday declined to discuss whether they'll seek the death penalty against John D. Miller in the killing of April Tinsley. But the girl's mother, Janet Tinsley, told the Journal Gazette that she wants to be present if the Grabill man is put to death.

"I want to be the last face he sees," she said.

On Thursday, Miller was was formally arraigned with Tinsley's family members supporters just feet away, CBS affiliate WANE-TV reports. Miller was ordered held without bond. A hearing to set a trial date was scheduled for Aug. 3.

Prosecutors filed formal charges of murder and child molestation against him on Wednesday.

The Fort Wayne girl's body was found in a ditch three days after her abduction. Virginia-based DNA phenotyping company Parabon Nanolabs used DNA to narrow the search for a suspect. Investigators found that DNA from used condoms at Miller's home matched DNA from the child's underwear in 1988 and from used condoms found in 2004 at locations in Fort Wayne and Grabill, authorities said.

The suspect left his DNA on April's body and on threatening notes he used to taunt police 16 years later. Genetic genealogist CeCe Moore, who appeared in the PBS show "Finding Your Roots," helped identify Miller as Tinsley's likely killer.

"It's exactly the same techniques that you would use for an adoptee to find their birth parents," Moore said.

Moore and her team of DNA sleuths first uploaded the suspect's DNA onto a public genetic database, GEDmatch.com, which found distant relatives in about eight hours.  From there, Moore built out family trees and then zeroed in on people who fit the killer's age, physical traits and location. That process that can take a few days to a few weeks.

In Tinsley's case, Moore determined her murderer was either Miller or his brother. On July 9, investigators secretly pulled used condoms from Miller's trash and sent them to the state crime lab. Three days later, they got confirmation that his DNA matched the suspect's.

"I really do appreciate the law enforcement agencies….Thinking outside the box, who have jumped right in and used this incredible technology to help bring closure to these families," Moore said.

Janet Tinsley learned of Miller's arrest Sunday, when Allen County Prosecutor Karen Richards and three investigators visited her. She said she doesn't know Miller, and detectives who worked on the case at the time said his name was not on the list of suspects developed after April's death.

Indiana law allows prosecutors to seek the death penalty in murder cases if there is at least one aggravating circumstance, which could be killing while committing another serious felony such as child molestation. The state hasn't executed anyone since 2009.