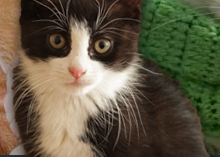 Google Nose? YouTube shutting down? Twitter charging for vowels? Not so fast, whipper snappers. April 1st has arrived, and for the Internet that means a slew of online pranks from some of the biggest names on the Internet.

Topping the list of pranks is Google Nose -- a feature that connects search with scents. Wonder what a wet dog smells like? Now Google offers a button that will "temporarily aligns molecules to emulate a particular scent."

Twitter announced it would start charging users $5 a month to have access to vowels. That's right, those A, E, I, O, U and sometimes Ys will cost a pretty penny on the micro-blog. Users who don't want to pay will be relegated to using Twttr -- the company's basic service. Bt wht fn s tht?

YouTube shutting down? The video-sharing website says that after 8 years, it's finally ready to "pick the winner" of the best Internet video contest.

The rotten truth about “Apple” products on Amazon?

No more red and white - Gmail is going all blue with its new product Gmail Blue.

Kayak.com wants to book you a flight and a date with its new "dates" section. Could a weekend San Francisco lead to a shotgun wedding in Las Vegas?

Google Maps adds treasure maps from "Captian Kidd." In "treasure mode" users can use Google Maps to search for clues to the secrets of the elusive pirate.

Vimeo, the video-sharing site, has got the Internet down. It's changing its name to "Vimeow," with a new tagline that says: "Your cat videos belong here."

Not satisfied with the delivery person who brings your weekly order of General Tso's chicken? Seamless is letting users "upgrade" the attractiveness of its delivery people. There's even a surprise for those who live on the edge.

British newspapers are also getting into the spirit of April Fools' Day. The Mirror has added Instagram-like filters to its website, while the Guardian launched augmented-reality glasses that feature "anti-bigotry technology."

Digg.com incorporates a classic gaming trick with a classic Internet meme. Visitors who punch in the Konami cheat code (up, up, down, down, left, right, left, right, B, A), which was popularized in the video game "Contra," will get Rick Rolled --that is, Rick Astley's 1980s hit song "Never Gonna Give You Up" will play.