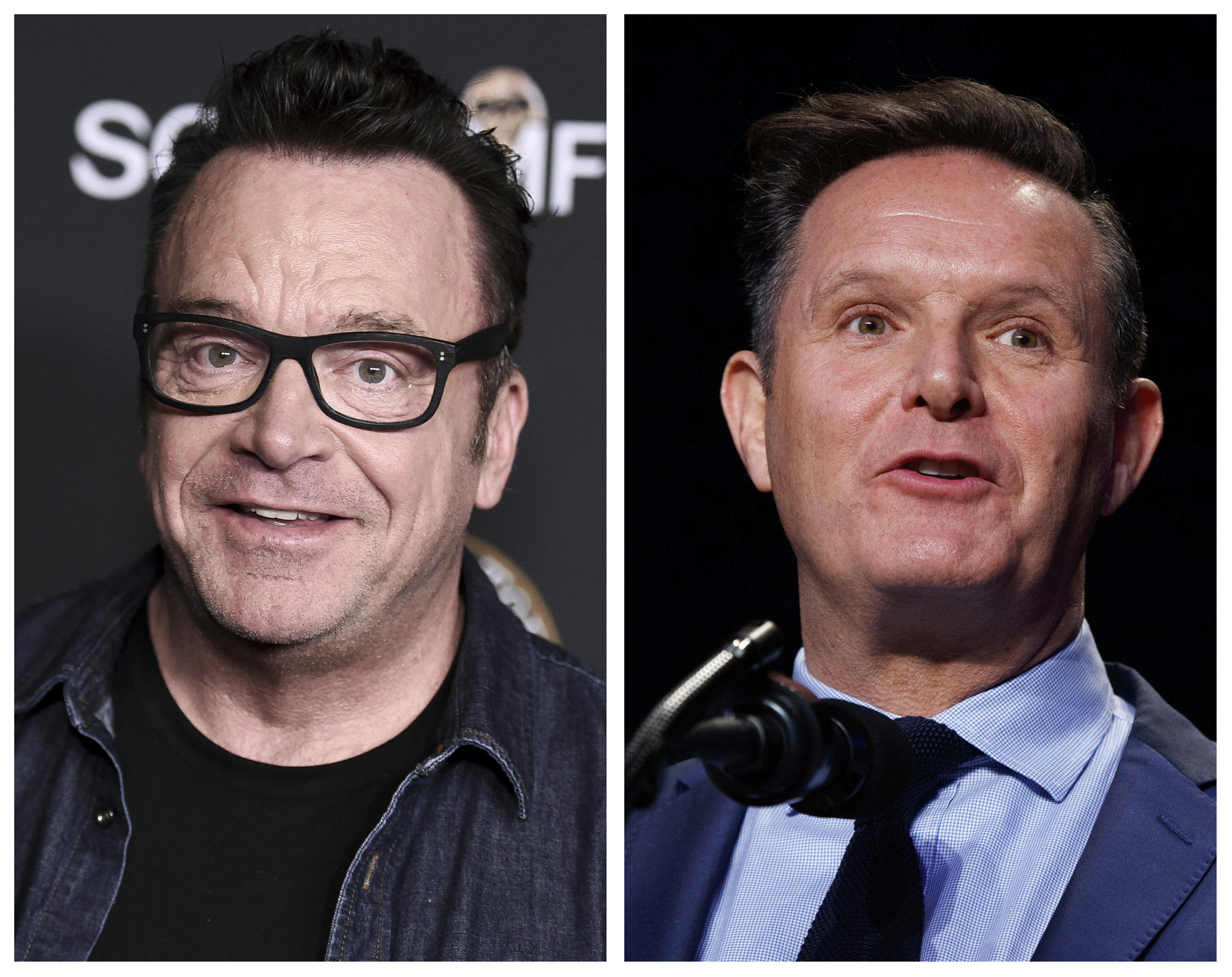 LOS ANGELES -- A scuffle between Tom Arnold and a producer of "The Apprentice" has led to an exchange on social media. Arnold tweeted that producer Mark Burnett choked him at a pre-Emmys party Sunday in Los Angeles. Burnett's wife, actress Roma Downey, tweeted that Arnold "tried to ambush" the couple, and she posted a photo of what she says is her bruised hand.

Actress Alyson Hannigan tweeted that she witnessed the confrontation and thought it was a joke until security jumped in.

Police say no report was taken. However, Arnold tweeted on Monday that he was "filing charges" against Burnett.

Emails to the celebrities' representatives were not immediately returned.

Arnold's new show, "The Hunt for the Trump Tapes," is set to debut Tuesday. The show follows Arnold's attempts to find tapes that show Donald Trump expressing bigoted views on the set of "The Apprentice," which Burnett produces.