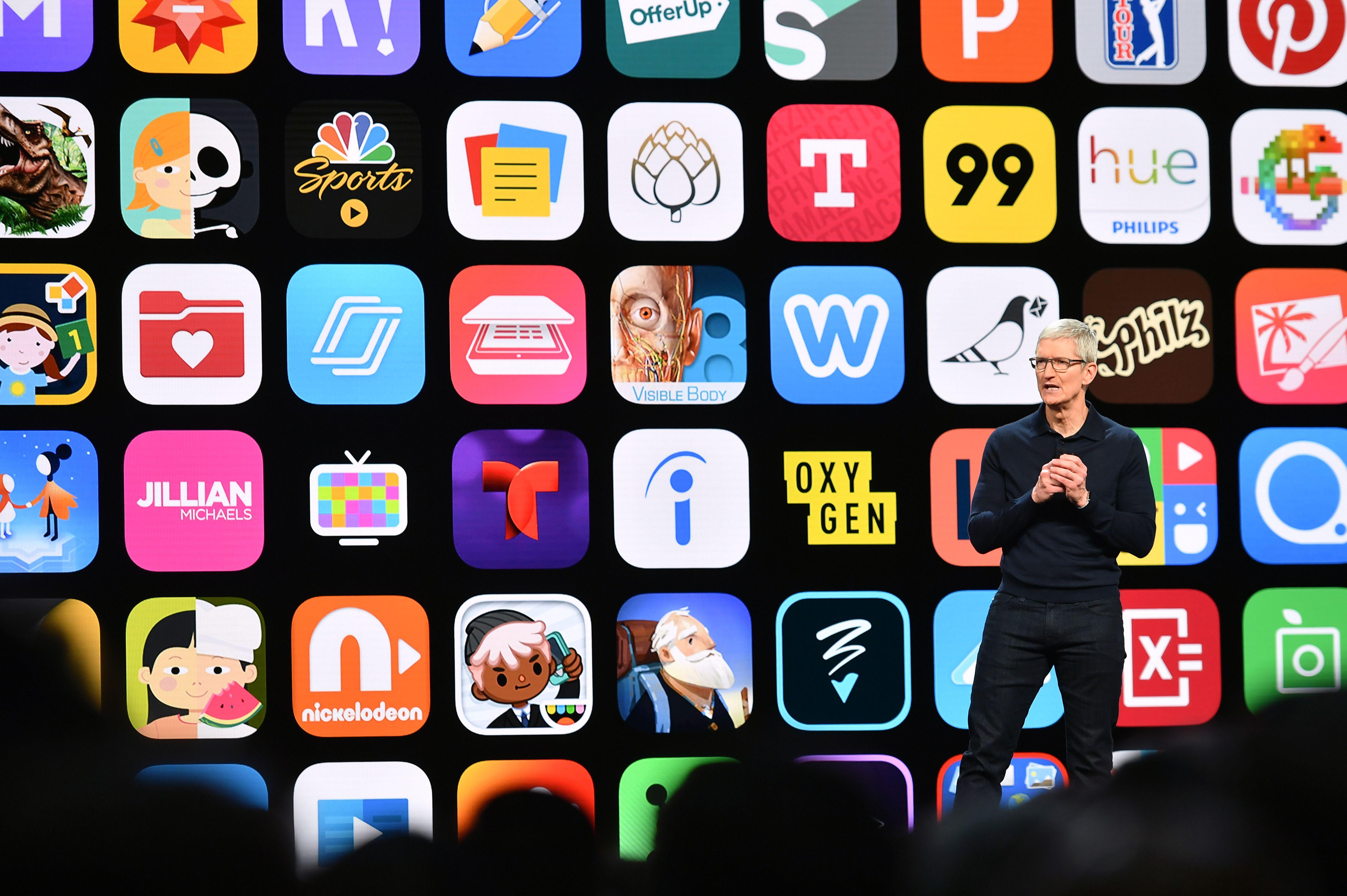 Apple held its annual Worldwide Developers' Conference (WWDC) on Monday in San Jose, California, unveiling new updates to its operating system, customizable Animoji, new fitness features and more. The software-focused conference didn't include any new hardware announcements, but the company did unveil a bevy of upgrades that will roll out in the coming months across various products

The company's latest iPhone operating system update brings a host of new features. With iOS 12, users will be able to FaceTime with up to 32 people and use a new app called Screen Time to monitor how long you're spending on specific apps. iPhone X users will also be able to create a "Memoji" -- a personalized human-like version of Animoji.

According to CNET, the Memoji appears to have a leg up on Samsung's AR Emoji because you have the option to choose eye color, shape, ear shape, freckles, different styles of glasses, lenses and earrings.

Apple says Safari will prevent share buttons and widgets on websites from tracking users without their permission. This annoncement comes on the heels of new reports of Facebook sharing user data with technology partners, including Apple. Safari will also prevents advertisers from collecting characteristics specific to each user's mobile device so they can't identify your device and retarget ads to users.

With iOS 12, Apple says Safari will prevent share buttons and widgets on website from tracking users without their permission. It says Safari will also prevents advertisers from collecting characteristics specific to each user's mobile device so they can't identify your device and retarget ads to users.

Apple TV 4K will receive an upgrade to support Dolby Atmos audio. In a statement, Apple said iTunes will be home to the "largest collection of Dolby Atmos supported movies anywhere," and those titles will be updated for free.

However, CNET reports that Apple TV 4K is actually late to the Dolby Atmos streaming party. Roku has supported Atmos via the Vudu app for more than a year. The same goes for Xbox One, Nvidia Shield TV and a few other devices. Meanwhile, Xbox One and LG Smart TVs support Atmos from Netflix.

Apple did not announce whether its Netflix or Vudu apps, which both currently support 4K HDR and Dolby Vision, would get Atmos support as well.

There will also be new enhancements to Apple's WatchOS 5. Soon Apple Watch owners will be able to use the smartwatch as a walkie talkie, along with additional workout features like "automatic workout detection." The watch will now be able to sense when you're working out, alert you to start the Workout app and track your progress for exercises you've already completed.

It's unclear how all of the president's measures will be implemented, and they're likely to be challenged in court.