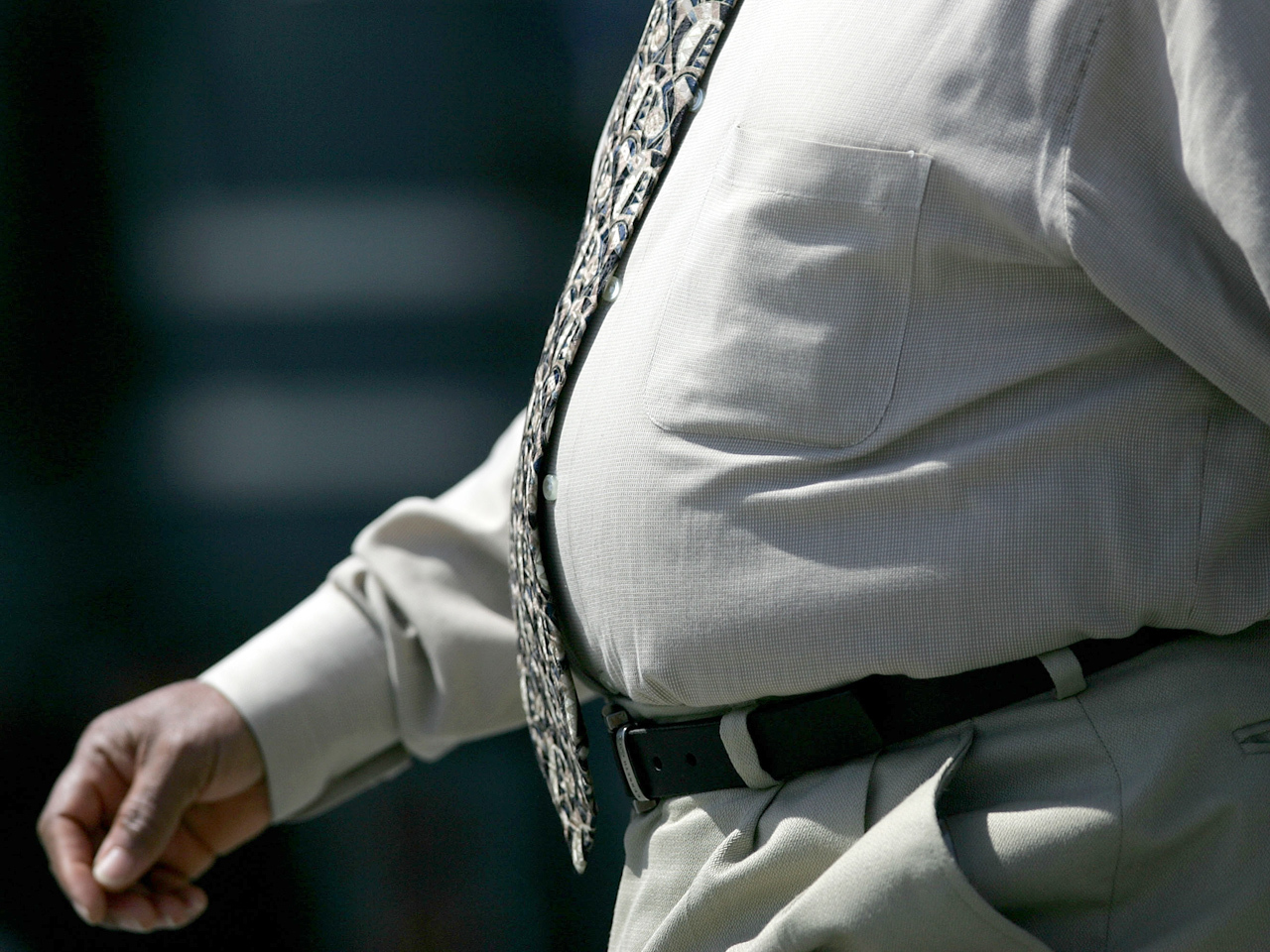 Carrying extra belly fat -- or having an "apple shape" -- may make it more likely that you'll develop kidney disease.

A study published on April 11 in the Journal of the American Society of Nephrology (JSAN) showed that apple-shaped individuals have lower kidney function, lower kidney blood flow and higher blood pressure within their kidneys compared with "pear-shaped" people who carry their fat in their butt, hips and thighs. Those factors could lead to kidney disease.

"We found that apple-shaped persons -- even if totally healthy and with a normal blood pressure -- have an elevated blood pressure in their kidneys. When they are also overweight or obese, this is even worse," Arjan Kwakernaak, a doctoral candidate at the University Medical Center Groningen in The Netherlands, said in a press release.

Researchers looked at the kidney function of 315 healthy men and women in the Netherlands as well as their waist-to-hip ratios to determine their central body fat distribution. The average body mass index (BMI) -- a ratio of height over weight -- for the group was 24.9, which falls within the normal weight range.

One expert who was not involved in the study noted that drop in function can cause problems for patients.

"That is clinically significant, and argues strongly for patients to achieve and maintain a normal waist-to-hip ratio in order to lower their chances of kidney disease," Deidra Crews, a nephrologist and assistant professor at the Johns Hopkins University School of Medicine in Baltimore, Md., said to HealthDay.

The researchers hypothesized that the higher blood pressure in the kidneys of apple-shaped people may be the reason why they had an increased risk of developing kidney disease. Therefore, people with this body shape may benefit from treatments that reduce kidney blood pressure. These include salt restriction or taking medication that blocks the renin-angiotensin-aldosterone system.

"Our current data suggest that such interventions could be particularly useful in subjects with a central body fat distribution," said Kwakernaak.

A spokesperson for Kidney Research UK pointed out to the BBC that scientists were already aware that apple-shaped people had a higher risk for cardiovascular disease, and now it seems they also have a higher risk for kidney problems.

"This is further evidence that there is a link between obesity and the growing problem of kidney disease, and that more needs to be done to make people aware of the importance of protecting kidney function," the spokesperson commented.