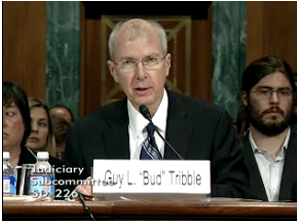 Along with testifying in front of the U.S. Congress about location data tracking, Apple today responded to a letter from Rep. Ed Markey (D-Mass.) about the company's location data practices.

In a letter (PDF) signed by Bruce Sewell, Apple's general counsel and senior vice president of legal and government affairs, the company addressed seven questions from Rep. Markey that had been sent to Apple before it made that information public in its "Q&A on Location Data" document published late last month.

"I am pleased that after my letter Apple announced that its next iOS update would address several of the concerns I raised about the company's practices with respect to the collection, use and disclosure of location information," Markey said in a statement. "Specifically, Apple will encrypt location information stored on customers' iPhones and iPads and other Apple mobile devices and significantly shorten the amount of time location information is retained by the company."