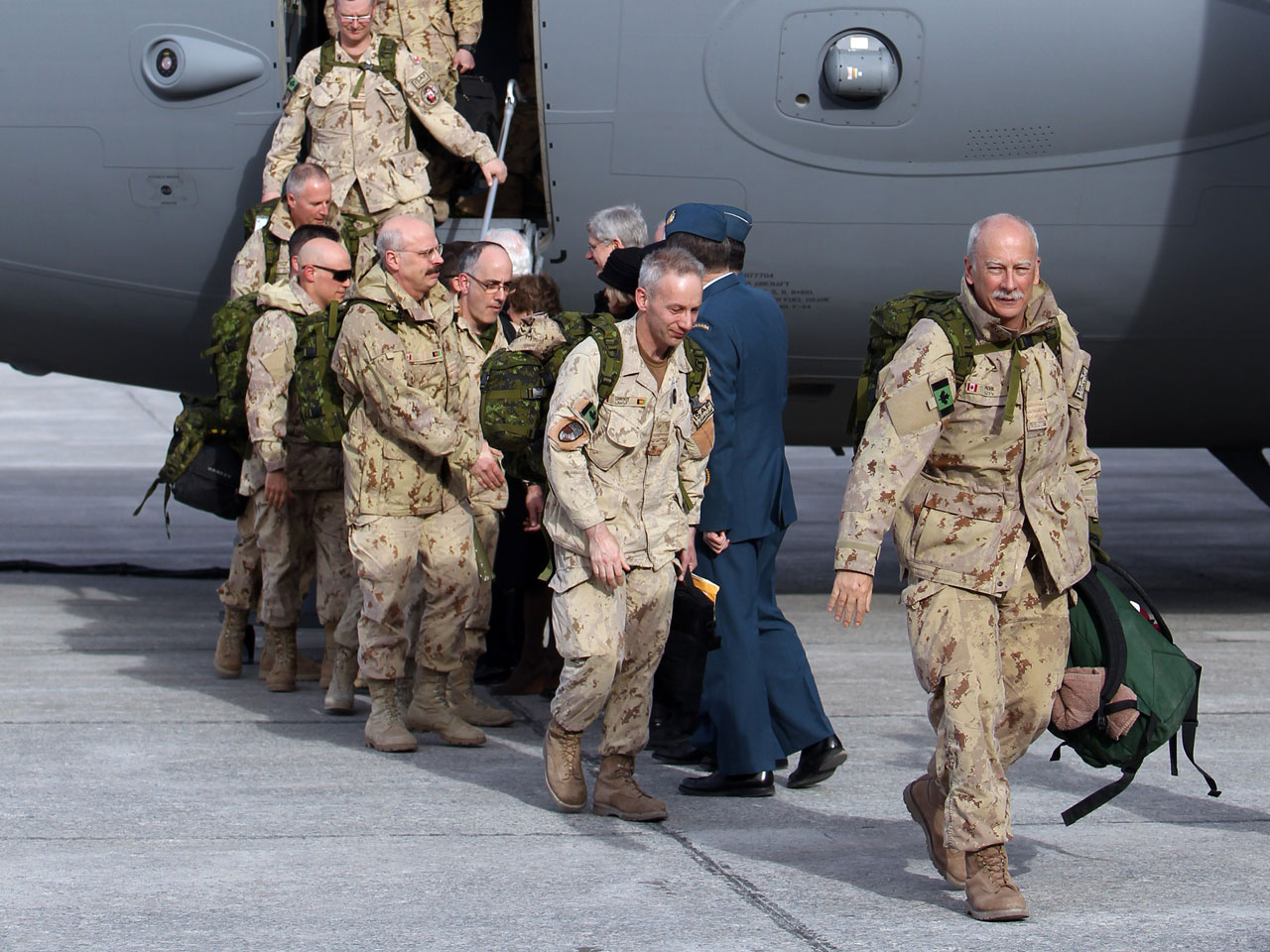 MONTREAL - One of two Canadian soldiers hit by a car in an apparent terrorist attack has died of his injuries.

Quebec provincial police said he died early Tuesday. The soldier's name was not released at the request of the family. The other soldier's injuries were described as less serious.

The suspect was shot by police, and later died, after he struck the two members of the Canadian military with his car in a city near Montreal.

An official familiar with the case identified the suspect as Martin Couture Rouleau, 25, of Saint-Jean-sur-Richelieu, Quebec, and said he was influenced by radical Islamists. The official spoke on condition of anonymity because he was not authorized to speak publicly about the case.

Royal Canadian Mounted Police spokesman David Falls said Monday that the suspect "was known to Federal authorities" and "authorities were concerned that he had become radicalized."

One neighbor told reporters that Rouleau stopped wearing jeans and started wearing a tunic and that he had changed over the past year and was alone a lot. Another neighbor said Rouleau converted to Islam a little over a year ago.

His Facebook page appears to show someone who had become more radicalized over time, with many recent posts proclaiming admiration for jihad, reports the CBC.

A Quebec business database shows Rouleau started a water-pressure cleaning company in St-Jean-sur-Richelieu in 2012 with two other people.

Quebec police shot the man after two Canadian Forces members were struck by the motorist on Monday in a mall parking lot near Montreal. The suspect died a few hours after being shot.

Quebec provincial police Lt. Michel Brunet said earlier that police ended up shooting the man after a car chase in Saint-Jean-sur-Richelieu, about 26 miles southeast of Montreal. After the man hit the two soldiers, he fled the scene in his vehicle, triggering a police chase that ended with the man losing control and his car rolling over several times.

Brunet said the man exited the car and was shot. Brunet said they found a knife on the ground but he could not say if the suspect had it in his hand when police fired their weapons. Television images showed a large knife in the grass near the flipped-over car.

Brunet said he didn't know if the soldiers were wearing uniforms at the time they were struck.

Canadian Prime Minister Stephen Harper was briefed about the incident by the head of Canada's national police force, the head of the military and his national security adviser.

Harper said earlier Monday in Parliament that he was aware of the reports and called them "extremely troubling."

"First and foremost our thoughts and prayers are with the victims and their families; we're closely monitoring the situation and obviously we will make available all of the resources of the federal government," Harper said.

The case is similar to one in London last year in which an al Qaeda-inspired extremist and another man ran over a soldier with a car before hacking the off-duty soldier to death. Images of Michael Adebolajo, 29, holding a butcher knife and cleaver with bloodied hands in the moments after the May 2013 killing of Fusilier Lee Rigby shocked people around the world and sparked fears of Islamist terrorism in Britain.

The Islamic State of Iraq and Syria has urged supporters to carry out attacks against Western countries, including Canada, that are participating in the U.S.-led coalition fighting the militants who have taken over large swaths of territory in Iraq and Syria. It was not known whether the suspect in the Quebec attack had any ties to Islamic militant groups.