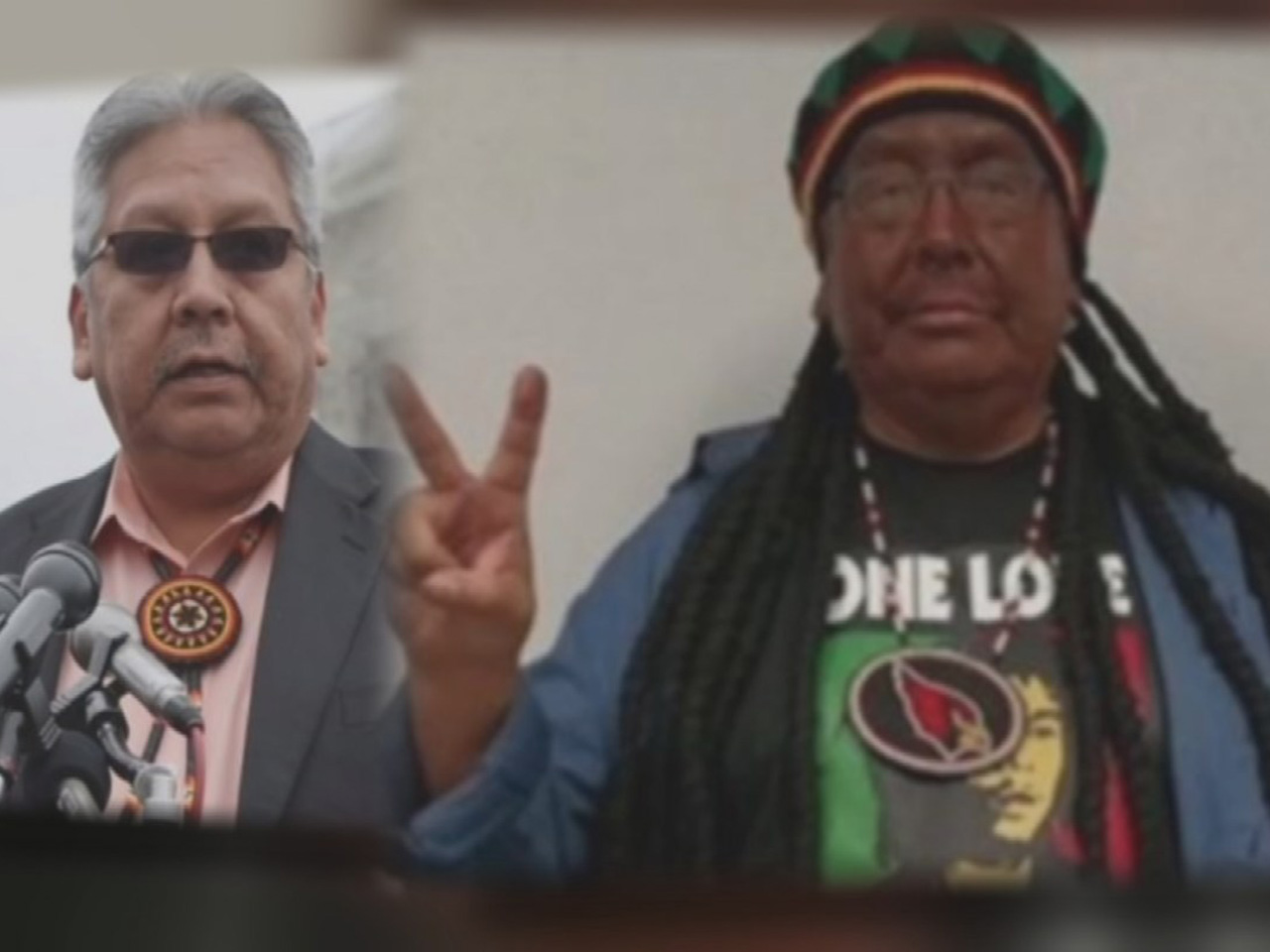 SAN CARLOS, Ariz. -- The leader of an Apache tribe in Arizona has apologized for dressing up as Bob Marley for Halloween and painting his face dark, calling the costume a "poor choice."

In a picture posted online, San Carlos Apache Chairman Terry Rambler wears dreadlocks, a Marley T-shirt and face paint while flashing a peace sign. He now says he did not mean to offend anyone but realizes he did.

"I will continue to ask my Creator for forgiveness, as I am not perfect, but I realize asking for forgiveness means not repeating the action," he wrote on his Facebook page.

Arizona civil rights activist Jarrett Maupin said Rambler made a mockery of black people with the costume. Maupin said it's hypocritical for Rambler to portray a black man while opposing the Washington Redskins mascot.

Rambler has spoken against the mascot and signed a petition urging the team to change its name.

"The chairman should be ashamed of himself," Maupin said. "How can someone so, allegedly, conscious of his Native American culture and the plight of other racial minorities dress up in such a ridiculous and racist way?"

Bob Marley and reggae are hugely popular among American Indian tribes because of the music's political messages decrying oppression. A painting outside the building housing the FM radio station serving the San Carlos Apache Reservation depicts a smiling Marley alongside the legendary Apache warrior, Geronimo.

The station has a segment on weekday mornings where it plays four Marley songs in a row. One of Marley's most famous works is "Buffalo Soldier," a song protesting slavery and oppression whose name refers to the U.S. military's enlistment of black soldiers in the 1800s to fight wars against Indian tribes, including Apaches.

Rambler entered a Halloween costume contest, CBS affiliate KPHO reported. He said dressed as Marley because he is one of his favorite musicians.

"If you're not black, don't do it," said Donald Harris of the Maricopa County branch of the NAACP.

"The blackface -- don't put on blackface because you are not African American, you're not black. Every time we make a decision and we're in any type of leadership capacity, we better think about it once, and then think about it twice, and then maybe a third time before we do it, or don't do it," Harris told KPHO.

Rambler didn't respond to messages left through Facebook, and his office said he wouldn't be back in until next week.

Hundreds of people chimed in online. Some said Rambler had no reason to apologize and commended him for acknowledging the offense. Others said he should have known better than to portray himself in blackface at a time Native Americans are fighting cultural appropriation, including in Halloween costumes that often depict them in headdresses, frilled clothing and war paint, and wielding spears and tomahawks.

Maupin urged Rambler to apologize directly to the black community and meet with black leaders.