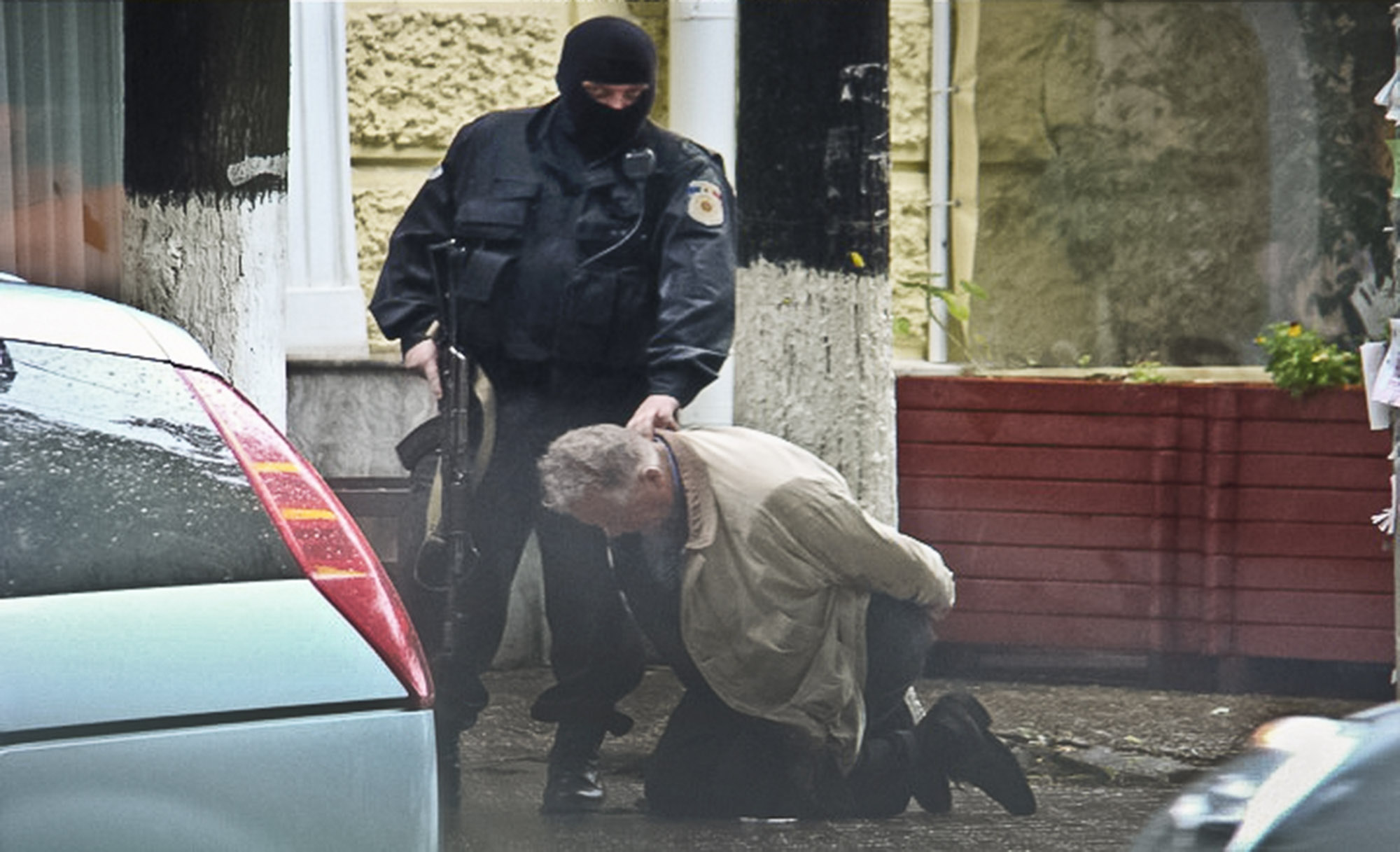 CHISINAU, Moldova -- In the backwaters of Eastern Europe, authorities working with the FBI have interrupted four attempts in the past five years by gangs with suspected Russian connections that sought to sell radioactive material to Middle Eastern extremists, The Associated Press has learned. The latest known case came in February this year, when a smuggler offered a huge cache of deadly cesium - enough to contaminate several city blocks - and specifically sought a buyer from the Islamic State of Iraq and Syria (ISIS).

However, a U.S. law enforcement official told CBS News that authorities could not verify that the potential buyers were indeed from ISIS. Furthermore, the official said that the cesium that was sold was not usable in a bomb or very potent.

Criminal organizations, some with ties to the Russian KGB's successor agency, are driving a thriving black market in nuclear materials in the tiny and impoverished Eastern European country of Moldova, investigators say. The successful busts, however, were undercut by striking shortcomings: Kingpins got away, and those arrested evaded long prison sentences, sometimes quickly returning to nuclear smuggling, AP found.

Moldovan police and judicial authorities shared investigative case files with the AP in an effort to spotlight how dangerous the nuclear black market has become. They say the breakdown in cooperation between Russia and the West means that it has become much harder to know whether smugglers are finding ways to move parts of Russia's vast store of radioactive materials - an unknown quantity of which has leached into the black market.

"We can expect more of these cases," said Constantin Malic, a Moldovan police officer who investigated all four cases. "As long as the smugglers think they can make big money without getting caught, they will keep doing it."

In wiretaps, videotaped arrests, photographs of bomb-grade material, documents and interviews, AP found a troubling vulnerability in the anti-smuggling strategy. From the first known Moldovan case in 2010 to the most recent one in February, a pattern has emerged: Authorities pounce on suspects in the early stages of a deal, giving the ringleaders a chance to escape with their nuclear contraband - an indication that the threat from the nuclear black market in the Balkans is far from under control.

Moldovan investigators can't be sure that the suspects who fled didn't hold on to the bulk of the nuclear materials. Nor do they know whether the groups, which are pursuing buyers who are enemies of the West, may have succeeded in selling deadly nuclear material to terrorists at a time when ISIS has made clear its ambition to use weapons of mass destruction.

The cases involve secret meetings in a high-end nightclub; blueprints for dirty bombs; and a nerve-shattered undercover investigator who slammed vodka shots before heading into meetings with smugglers. Informants and a police officer posing as a connected gangster - complete with a Mercedes Benz provided by the FBI - penetrated the smuggling gangs. The police used a combination of old-fashioned undercover tactics and high-tech gear, from radiation detectors to clothing threaded with recording devices.

The Moldovan operations were built on a partnership between the FBI and a small team of Moldovan investigators - including Malic, who over five years went from near total ignorance of the frightening black market in his backyard to wrapping up four sting operations.

"In the age of the Islamic State, it's especially terrifying to have real smugglers of nuclear bomb material apparently making connections with real buyers," says Matthew Bunn, a Harvard professor who led a secret study for the Clinton administration on the security of Russia's nuclear arsenal.

The Moldovan investigators were well aware of the lethal consequences of just one slip-up. Posing as a representative's buyer, Malic was so terrified before meetings that he gulped shots of vodka to steel his nerves. Other cases contained elements of farce: In the cesium deal, an informant held a high-stakes meeting with a seller at an elite dance club filled with young people nibbling on sushi.

In the case of the cesium, investigators said the one vial they ultimately recovered was a less radioactive form of cesium than the smugglers originally had advertised, and not suitable for making a dirty bomb.

The most serious case began in the spring of 2011, with the investigation of a group led by a shadowy Russian named Alexandr Agheenco, "the colonel" to his cohorts, whom Moldovan authorities believe to be an officer with the Russian FSB, previously known as the KGB. A middle man working for the colonel was recorded arranging the sale of bomb-grade uranium, U-235, and blueprints for a dirty bomb to a man from Sudan, according to several officials. The blueprints were discovered in a raid of the middleman's home, according to police and court documents.

Wiretapped conversations repeatedly exposed plots that targeted the United States, the Moldovan officials said. At one point the middleman told an informant posing as a buyer that it was essential that the smuggled uranium go to Arabs.

"He said to the informant on a wire: 'I really want an Islamic buyer because they will bomb the Americans,'" said Malic, the investigator.

As in the other cases, investigators arrested mostly mid-level players after an early exchange of cash and samples of radioactive goods.

The ringleader, the colonel, got away. Police cannot determine whether he had more nuclear material. His partner, who wanted to "annihilate America," is out of prison.