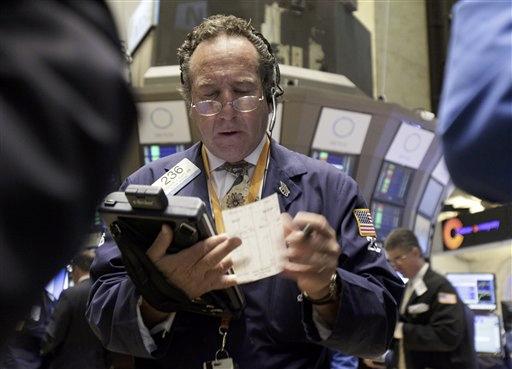 In a move both risky and essential, AOL is abandoning its strategy of exclusivity and will free much of its music, sports and other programming to non-subscribers in hopes of boosting ad sales.

The decision could help the company counter declining subscriptions as Internet users move to high-speed connections. At least that's the plan.

The danger is that the bold new strategy will instead accelerate the erosion of AOL's core revenue source.

To begin with, the change pits AOL against big guns Yahoo Inc. and Microsoft Corp., which in turn are looking over their shoulder wondering what search leader Google Inc. will do next.

"AOL is left looking like the race car in a race that nobody wants to run in anymore," said Rob Enderle, an industry analyst in San Jose, Calif. "AOL's dead as it exists. It has to find a way to become relevant again."

Though AOL executives insist the company's short-term prospects are healthy, they agree they ultimately must rely less on their legacy subscription business. With the recent renaissance in online advertising, AOL wants a bigger share of those dollars - and to do that, it must open its members-only "walled gardens" to the public.

Not that it's abandoning the subscriptions: It's all about a better balance.

"Having two revenue streams inoculates you from the vagaries of the industry," said Ted Leonsis, vice chairman in charge of AOL's new ad-driven audiences division. "We could have an advertising recession, and that would be really bad if you were just an advertising-driven company."

Leonsis insists the change is less fundamental than it seems, given that AOL already has thriving 'untethered' properties it acquired, including Moviefone and MapQuest. Leonsis estimates AOL will need to grow its monthly audience of unique visitors, to all the sites it owns, by only 25 percent within five years.

In fact, AOL's sprawling headquarters outside Washington, D.C., shows little sign of change save for a new triangular logo that now points to the right, or forward, rather than up. Employees change supervisors, not offices. The mission statement in the lobby remains a legacy of ousted chief executive Steve Case.

AOL, launched in 1989, has thrived on selling Internet access plus exclusive programming in one easy-to-use software package that fits on a disc. It's how millions first got onto the Internet.

But as Internet users matured, they often dumped AOL along with their dial-up connections. AOL responded by setting up a broadband division, first focusing on a packaged offering similar to dial-up and later concentrating on a programming-only plan called "bring your own access."

The company now has nearly 5 million broadband subscribers, up from about 3 million a year ago. But overall the number of U.S. subscribers dropped to 23 million in September, down from a peak of 27 million two years earlier.

For many, exclusive programming alone wasn't worth the $14.95 monthly fee on top of DSL or cable service.

Nonetheless, AOL remains committed to broadband and says it considers the free access to programming a natural outgrowth.

"We've built that new business, and now we have an opportunity to focus on creating a different, a new balance, a better balance" between subscription and advertising, said Kevin Conroy, AOL's executive vice president for Web brands.

True, AOL has a late start compared with Yahoo and Microsoft's MSN, but executives say the shift couldn't have occurred any sooner.

For one thing, AOL wasn't in the business of producing content until a few years ago. It used to subcontract that work to outside companies like iVillage, which sold the ads. Since then, AOL has built not only an in-house content-development team but also an advertising sales network to capitalize on it.

AOL has also upgraded its technology to make it more compatible with the outside world. It has gradually switched from a proprietary programming language, known as "Rainman," to the hypertext markup language that powers the Web at large. It also has standardized ad formats; no longer would Moviefone and Netscape, say, have different rules on how big ads were and where they were placed.

Executives have a rough idea of what to make free and what to keep exclusive.

Extensive research over the past two years showed that subscribers are willing to pay for safety and security. Last month, AOL offered new members-only software that incorporates free antivirus, firewall and other protections.

A kids area called KOL, a teens offering called Red and a Spanish-language service were also deemed popular and worth the subscription price.

Just about everything else is fair game for the AOL.com reincarnation, expected for next year. News and music are among the features not deemed essential hooks for subscribers but instead features worth taking to a broader audience.

AOL also will consider a hybrid: A concert, for instance, might be offered live to members, with highlights offered on a delayed basis for free. Or AOL may create a la carte plans: Instead of $14.95 for all-you-can-eat, how about something cheaper for the kids section only?

The company is also considering offering free Web-based e-mail, though accounts are not likely to carry the "aol.com" domain and the interface may display ads more prominently.

"It's long overdue," Forrester Research analyst Charlene Li said of the new strategy. But she warns that anything made free risks a loss of paid customers.

The new strategy counts on bringing back former customers, but the most skeptical of AOL tend to be the heaviest, most lucrative Internet users.

"If I want entertainment, I know of special places to go. I'll go to Barnes and Noble for books and DVDs. You don't need AOL to guide you," said David Davis, a Fairfax, Va., software architect who dropped AOL last month.

Mike Joachim, a technical writer in Pelham, Ala., said he might give a free AOL.com portal a try but he doubts anything will shatter his perception of the Internet service provider as "a wonderful ISP for newbies."

Executives insist they won't be starting from scratch, given AOL's already strong free brands including the instant-messaging programs AIM and ICQ.

And because advertising has a higher profit margin than subscriptions, Miller said, the company's profitability can grow even if revenues don't.

Jonathan Gaw, research manager at IDC, said AOL has strong assets to work with, but remains in a bind.

The latest reincarnation, he said, shows all signs of "a company that is struggling to stay on top of a rolling log."