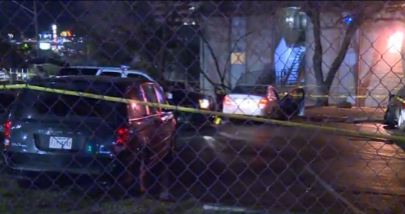 SAN ANTONIO - It's a story heard a lot these days: A cop mistook something a suspect was carrying for a gun and shot him dead.

The difference with the Antroine Scott shooting in San Antonio last week is that a local tabloid newspaper wants to publicly expose every local cop over it.

CBS affiliate KENS-TV reports the owners of the San Antonio Observer held a press conference and spoke on behalf of Scott's family while revealing their plans. The editor-in-chief, Stephanie Zarriello, said shootings of citizens by officers go unpunished because the officers remain anonymous.

"Like Ku Klux Klansmen with hoods, (officers) do everything they can in order to protect their identities for fear of being brought to justice," said Zarriello. "Just as the names and addresses of sex offenders are publicized in order to protect the public from their wicked behavior, we feel that our community has the right to the exact same level of protection."

San Antonio's police chief said Friday that Scott was holding a cellphone, not a gun as officers feared, when he was killed.

The 36-year-old was fatally shot at a north San Antonio apartment complex by officers trying to serve two felony weapons and drug warrants for his arrest Thursday evening.

At a news conference Friday, Police Chief William McManus said Officer John Lee approached the suspect as he stepped from a car and told Scott to raise his hands. McManus says Scott spun quickly with something in his hand. Lee, fearing for his life, shot him in the upper torso. Scott died where he fell.

Lee, who's a 10-year veteran of the San Antonio Police Department, has been placed on paid administrative leave pending the outcome of a department investigation.