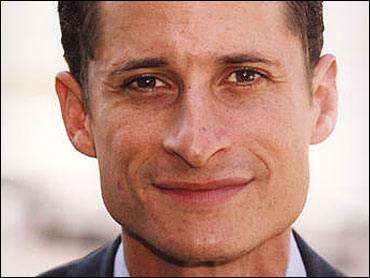 An envelope containing white powder and a threatening letter was today delivered to the office of Democratic Rep. Anthony Weiner of New York, who has been an outspoken proponent of health care reform efforts.

"The NYPD was immediately alerted and have responded appropriately by sending a Haz-Mat team," Weiner said in a statement. "Any questions related to their response should be directed to the NYPD. My first priority is the safety of my staff and neighbors, and the authorities are currently taking steps to investigate and resolve the situation."

Weiner's office in the Kew Gardens neighborhood of Queens, where the letter was sent, is now closed. The letter referenced Weiner's vote in favor of health care, a law enforcement official told CBS News' Bob Orr.

Field tests are currently being done on the white powder, the official said. Thirteen people are going through a decontamination process, though none has shown signs of illness. (UPDATE: WABC-TV is reporting that police have concluded the powder is not hazardous.)

Weiner, who is Jewish, has reportedly received anti-Semitic notes in recent days, including one addressing him as "Schlomo." He has acknowledged that his strong support for reform, which has included multiple media appearances defending reform legislation, has made him "something of a lightning rod."

House Majority Leader Steny Hoyer said Wednesday that more than 10 members of Congress have received threats in the wake of the vote, prompting FBI and police investigations.