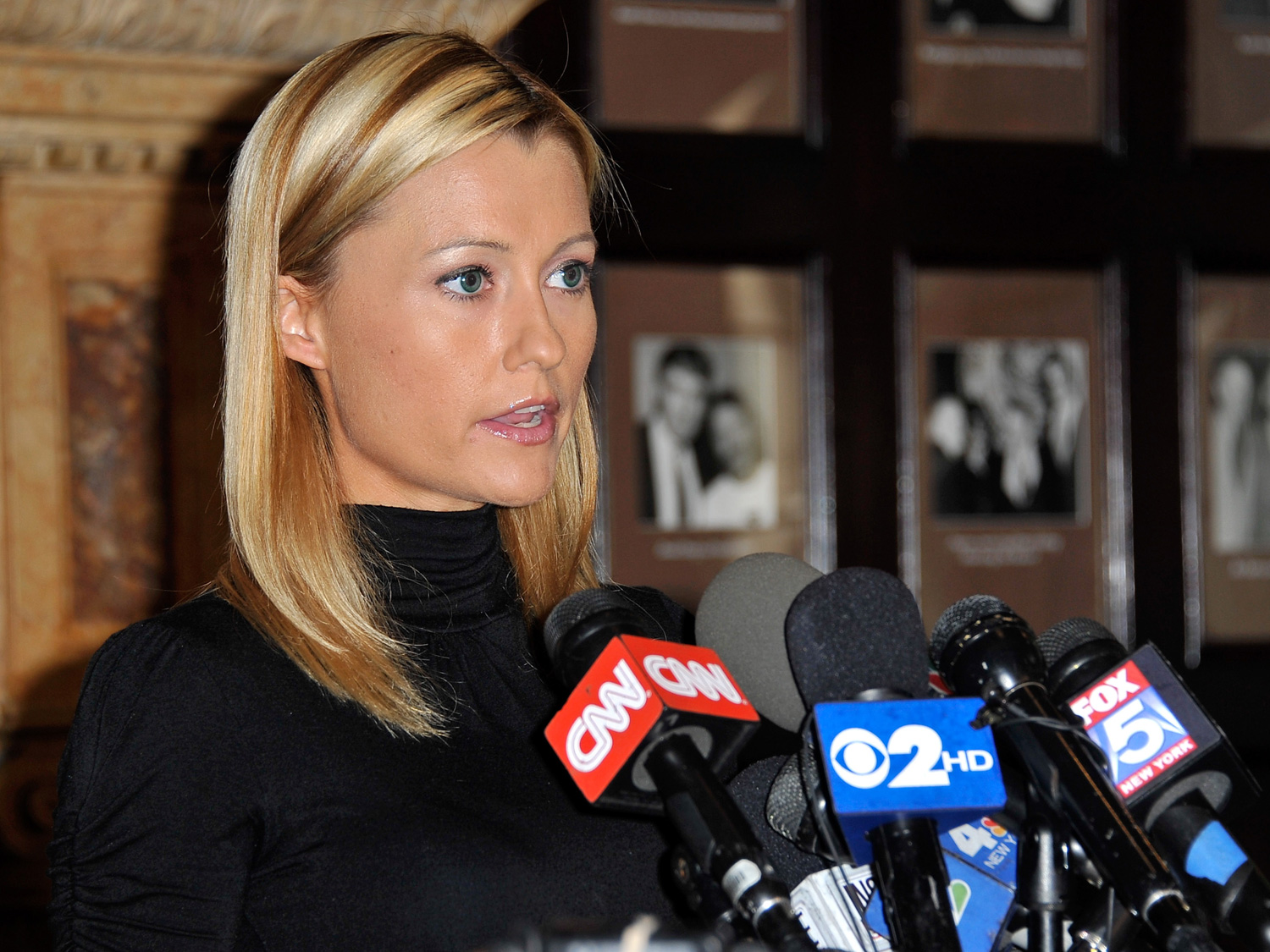 Rep. Anthony Weiner is running out of allies. Even his stripper penpal is calling for his resignation.

Lee held a press conference in New York City, accompanied by her lawyer Gloria Allred, who said Lee had "gone into hiding" after the Weiner scandal broke to avoid having to lie to protect the New York Democrat. The two said Weiner first contacted Lee this March, after she wrote flattering things about him on her blog.

Weiner is under intense pressure to quit after he admitted inappropriate online relationships with several women over the past three years. Many Democratic colleagues are hoping he resigns now that his wife, a top aide to Secretary of State Hillary Clinton, has returned from an overseas trip.

Allred estimated that Weiner and Lee exchanged about 100 messages via email and Twitter from March until two weeks ago. She said the few that were sexual in nature were all sent by Weiner.

"I did not 'sext' him...any time he took it in that direction, I changed the subject," Lee said, reading from a prepared statement. The slight, young blond woman said that when she started interacting with Weiner "it was about politics."

According to Allred, Lee admired Weiner's positions on two issues of great importance to her: Planned Parenthood and health care. She said Weiner contacted Lee after she posted flattering descriptions of him on her blog.

Allred said Weiner repeatedly tried to change the direction and tone of their conversation to a more suggestive one.

Among the messages Weiner allegedly sent:

Allred said Weiner never sent any racy photos to Lee, and she sent none to him. The two communicated by phone only once: when Weiner gave Lee advice about how to handle the media after he accidentally tweeted a photo of his crotch in gray underwear to tens of thousands of twitter followers.

As one of the roughly 200 people Weiner followed on Twitter, Lee quickly became a target of reporters' questions. "He asked me to lie" when the news first broke, Lee said. "I knew I couldn't lie but I didn't want to be the one who threw him under the bus," she added, so she put out a three sentence statement and refused to answer any questions. Allred noted that Lee has not sold her story and would cooperate with a House ethics investigation if asked.

Lee said she believes Weiner should resign because he lied to the media and the public for a week before admitting the underwear photo was of him.

"If he told the truth, it might not have turned into this," she argued.