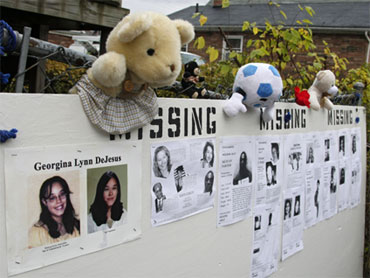 The Cleveland police department should create a missing persons unit, a panel recommended Wednesday in response to criticism leveled at the city after the remains of 11 women were found at the home of a man now charged in their deaths.

The city appointed the three-member panel to make recommendations on how reports of missing people and sexual assaults should be handled after the remains were found at the home of Anthony Sowell last year.

"The report reveals the fact that such policies and procedures are long overdue," said David Malik, an attorney who represents victim's families.

The Mayor's office accepted all of the panel's 26 recommendations and said in a press release, "Today marks a new era for how missing persons and sex crimes are investigated in the City of Cleveland."

Among other suggestions in the report is that the city create a Web site of those gone missing, and that the city prohibit of any waiting period for accepting a missing person report.

It also says the police department should bring its sex crimes policies in line with other police departments nationwide. The report suggests the unit will be immediately relocated to a temporary location that is "victim-friendly and neutral."

Megan O'Bryan, who runs the Cleveland Rape Crisis Center and was one of the members of the panel said she was impressed the Mayor accepted all of the recommendations. O'Bryan says her organization will see if the city implements the changes, "We'll be watching," she said, "I feel hopeful."

Sowell, described as a neighborhood "nice guy" with a dark, violent past, is awaiting trial on the rape and murder of 11 women. He was arrested on Halloween last year and pleaded not guilty.

The stench emanating from Sowell's house on Imperial Ave. was so intense that people had complained as far back as 2006.

A CBS News investigation uncovered exclusive details revealing critical mistakes by police and prosecutors working the case - how they could have stopped a serial killer if they hadn't ignored charges of rape.

County judge Tim McGinty has been on the bench for 18 years and says he can no longer keep silent.

"There is something wrong with this picture, this would not have happened anywhere else," McGinty told CBS News Chief Investigative Correspondent Armen Keteyian and producer Laura Strickler.

"Eleven people found dead in one building and in the area of a home and kept as trophies corroded and they did good police work?" Judge McGinty asked. "Something is wrong here."

What's wrong, according to McGinty, goes beyond the low priority given to rape cases in Cleveland. McGinty and even some police officers say Cleveland follows a long held practice known as "straight release" where detectives and prosecutors routinely release hardened criminals like Sowell, instead of indicting them.

Sowell was twice arrested for rape in 1989 and 1990. He served 15 years in prison and was forced to register as a sex offender upon his release in 2005.

But on the night of Dec. 8, 2008, a woman named Gladys Wade said Sowell punched her, choked her, and tried to rape her. Sowell was quickly arrested, and the case was turned over to the sex crimes unit. It was the beginning of a missed opportunity that, some say, ended up costing six other women their lives.

Nine months later, another woman accused Sowell of rape. Yet the police didn't even visit the crime scene for more than a month. It was only then that the death house on Imperial Avenue was discovered.

The detective's report from that case, obtained exclusively by CBS News, shows the police believed Sowell's story and not that of the alleged victim. The detective wrote "there were no visible signs" that the woman was punched. Detectives and prosecutors stating there was "insufficient evidence" to prosecute.

Cleveland has more reported rapes per capita than any major city in the nation: 633 in 2008. But no one was charged in more than two-thirds of those cases.