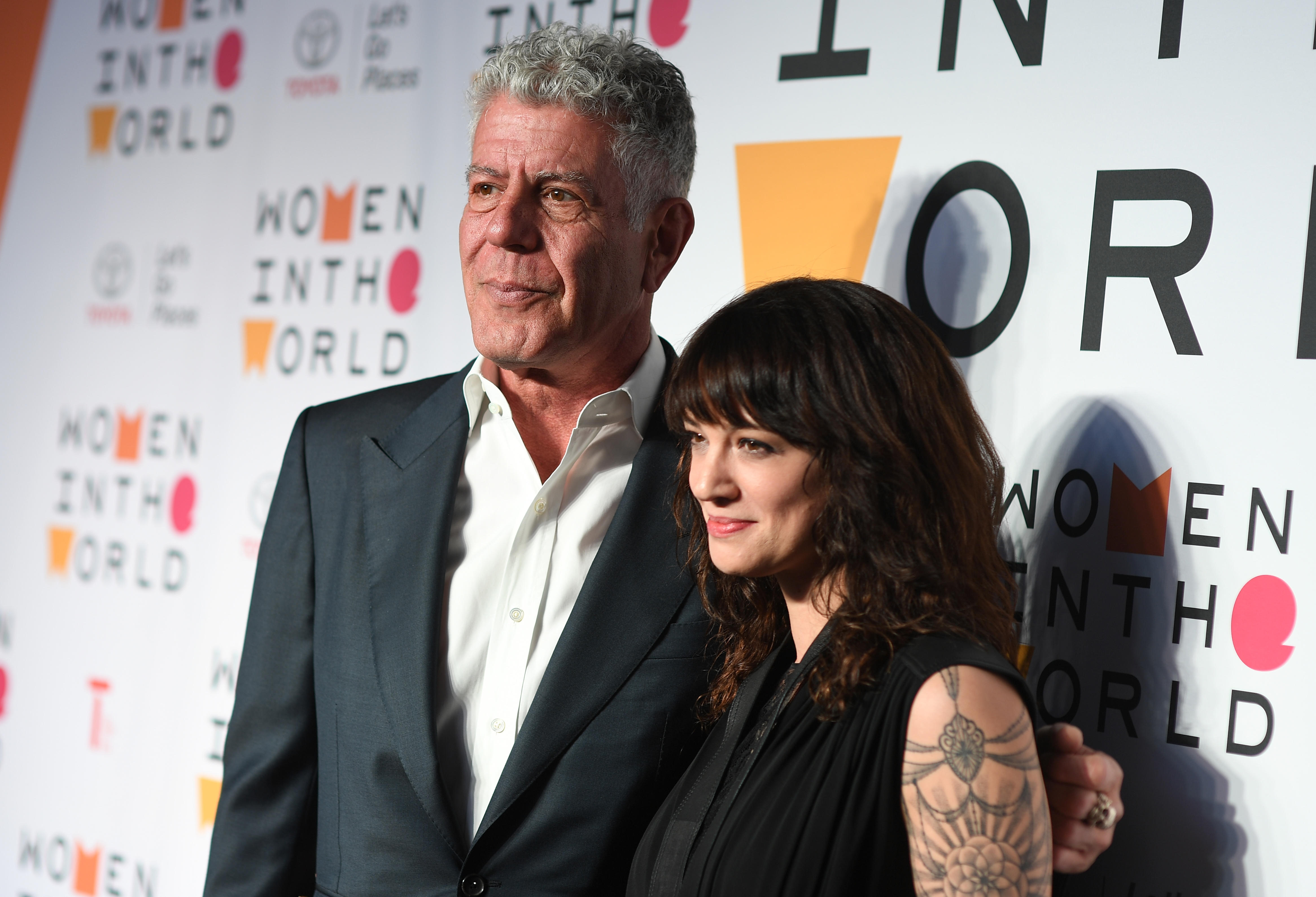 Asia Argento, actress and girlfriend of late celebrity chef Anthony Bourdain, has made a statement about his death. She wrote on Twitter, "Anthony gave all of himself in everything that he did. His brilliant, fearless spirit touched and inspired so many, and his generosity knew no bounds. He was my love, my rock, my protector. I am beyond devastated."

The Italian actress and filmmaker's relationship with Bourdain gained prominence after he publicly supported her when she accused Harvey Weinstein of rape. She has since become one of the most vocal supporters of the #MeToo movement.

In the wake of the Weinstein scandal, Bourdain tweeted several times about the disgraced producer. One tweet said, "Can we use the word "rapist" now? #Weinstein"

In an interview with the New Yorker, Argento said that in 2016, Weinstein pressured her into meeting him and private investigators and giving testimony on his behalf. Argento said she declined after Bourdain advised her to avoid Weinstein.

Bourdain also publicly supported Argento's friend Rose McGowan in her quest against Weinstein. On Friday, McGowan tweeted that she was angry at him for leaving the world behind.

Bourdain and Argento were open about their romance, and posted many photos together on social media.

Bourdain was found dead in his hotel room Friday in France while working on his series on culinary traditions around the world. He was 61. CNN confirmed the death, saying in a statement that Bourdain was found unresponsive Friday morning by friend and chef Eric Ripert in the French city of Strasbourg. A prosecutor in eastern France said Bourdain apparently hanged himself.

CNN said of Bourdain, "His love of great adventure, new friends, fine food and drink and the remarkable stories of the world made him a unique storyteller. His talents never ceased to amaze us and we will miss him very much."

Police, emergency services and regional authorities did not immediately release any information about the death and Bourdain's assistant Laurie Woolever would not comment.