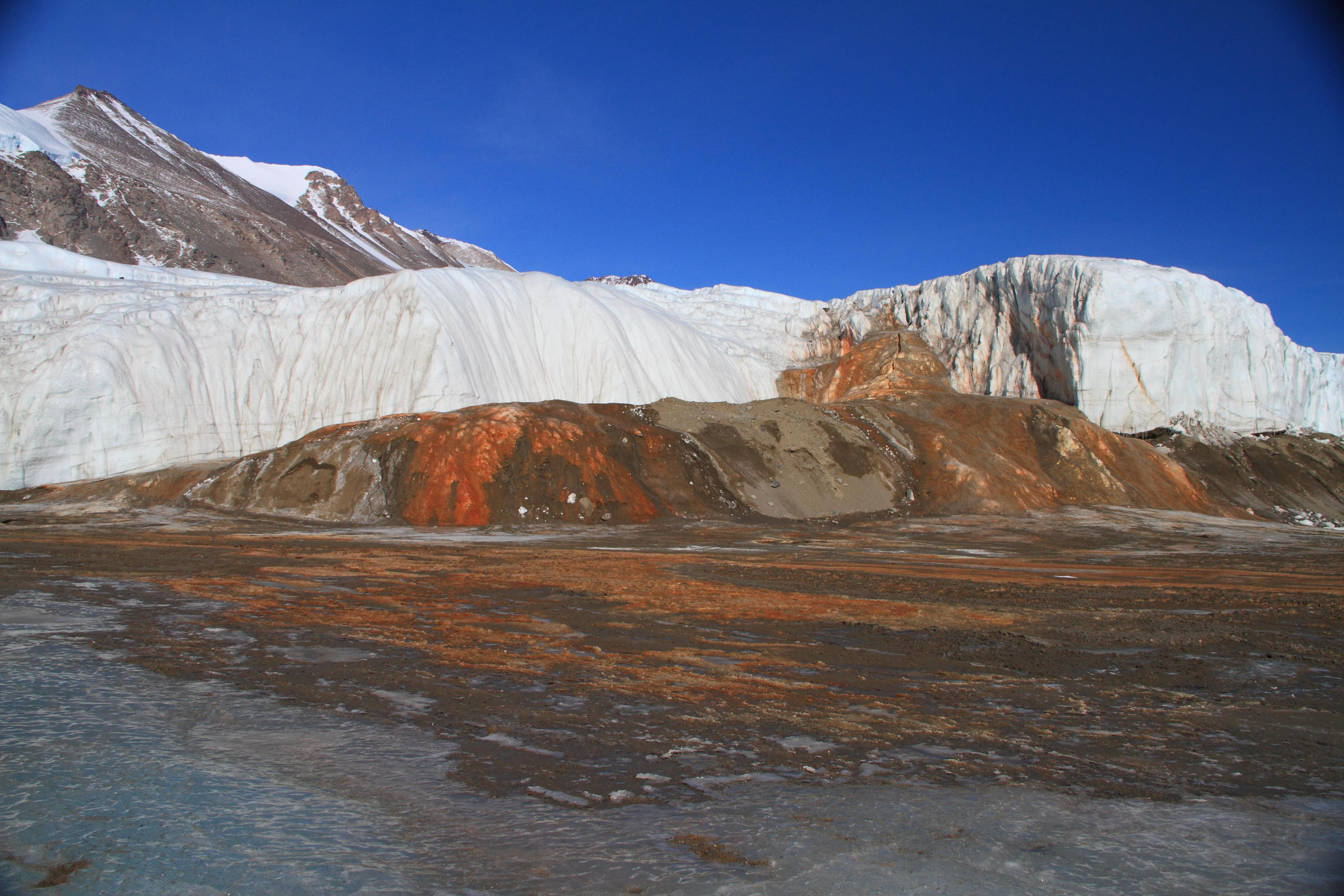 Scientists have long been puzzled by the origins of the mysterious, blood-red waterfall that streams down Taylor Glacier in Antarctica. First discovered by geoscientist Griffith Taylor in 1911, the source of the Blood Falls' eerie red ooze finally has an explanation, thanks to new research out of the University of Alaska Fairbanks and Colorado College.

The falls are fed by a large source of salty water trapped beneath the glacier for possibly more than one million years, the research team explained in a study published in the Journal of Galciology.

"The salts in the brine made this discovery possible by amplifying contrast with the fresh glacier ice," the study's lead author, Jessica Badgeley, said in a press release.

Blood Falls is famous for its sporadic releases of iron-rich salty water, which turns bright red -- like something out of a horror movie -- once the iron reacts with the surrounding air.

For her research, Badgeley and her team traced tracked the brine with radio-echo sounding, a method of studying glaciers and ice sheets with radar that uses two antenna -- one to transmit electrical pulses and another to receive the signals.

While conducting the research, Badgeley was an undergrad at Colorado College and worked with University of Alaska Fairbanks (UAF) glaciologist Erin Pettit and UAF doctoral candidate Chrisina Carr.

The team moved the antennae around Taylor Glacier in "grid-like patterns" in order to "see" what was beneath the ice, said Carr, who co-authored the study.

Beyond understanding the origins of the blood-red falls, the team also discovered that liquid water can exist inside the glacier — something many scientists believed was impossible in nature.

"While it sounds counterintuitive, water releases heat as it freezes, and that heat warms the surrounding colder ice," UAF's Pettit said. "Taylor Glacier is now the coldest known glacier to have persistently flowing water."